Potty Trained Cows Are No Joke for the Climate

Researchers are teaching cows to pee in designated places where the urine can be collected and neutralized, sharply reducing methane emissions.

One small pee for cows, one giant leap for mankind. At least, that’s what a team of scientists in Dummerstorf, Germany, believe could be a potent solution for manmade climate change.

While grand experiments around the world are being tested to prevent disastrous global warming, including giant machines sucking up CO2 and large-scale seagrass restoration, the researchers from the University of Auckland and Germany’s Research Institute for Farm Animal Biology (FBN) say that potty training — or as they term it, “learned control of urinary reflexes” — is an “original and hitherto unrealized opportunity” in the fight against global warming.

During the study, the findings of which were published in the scientific journal Cell Biology in September, the team carried out potty training for 16 cows. A two-by-two-meter pen acted as a designated toilet. Each time one of the young calves entered the so-called “MooLoo” and urinated, within a minute they were given a reward: a hatch opened up to offer them a sweet, electrolyte liquid (the same system used for robotic milking). But if they urinated outside the MooLoo, they were given a mild punishment: a three-second squirt of cold water (any longer and the cows began to enjoy it). Their urine was then collected, treated and neutralized.

As the training progressed, the cows were moved further and further from the toilet, increasing the effort required. Diuretics were given to the cattle to get them to urinate more because of the limited time to run the experiments under ethics guidelines.

After 15 sessions of just 45 minutes each, carried out over two weeks, researchers found that 11 out of the 16 cows were successfully toilet trained — 80 percent of their urination was done within the MooLoo.

“We were really impressed by the result,” says Dr. Jan Langbein of FBN, who for 20 years has been studying the cognitive abilities of farm animals. “While other animals — cats, dogs and pigs — are toilet trained. The idea was that cattle weren’t capable of this.”

This isn’t just hot air. Cattle for milk and meat production are responsible for nine percent of global greenhouse gas emissions, and livestock as a whole produces more greenhouse gases than all the cars, trucks and planes in the world. Every day the planet’s 1.4 billion cows burp and fart large quantities of methane, which is 25 times more damaging to the atmosphere than CO2, and their urination produces 66 to 132 gallons of methane. Urine contains nitrogen, and when mixed with feces a chemical reaction occurs and releases ammonia, which can lead to acid rain, create the airborne pollutant nitrous oxide, and pollute streams and rivers.

In Europe, ammonia pollution is a growing concern. The Netherlands is considering plans to force hundreds of farmers to cut livestock numbers by 30 percent to reduce ammonia pollution, which has gotten into lakes and streams via farm runoff, damaging natural habitats and causing algal blooms. In 2015, the European Union set a target to reduce ammonia emissions by 30 percent between 2005 and 2030.

But scientific modeling carried out by Dutch researchers has found that capturing 80 percent of cattle urine in latrines could lead to a 56 percent reduction in ammonia emissions. Researchers say that if 10 or 20 percent of global cow urinations were collected, it would significantly reduce greenhouse gas emissions and nitrate leaching.

Langbein and his fellow researchers also believe that by reducing contamination of the  cows’ living areas, cleanliness, hygiene and welfare of livestock can be improved.

Donald Broom, a professor of animal welfare at the University of Cambridge, who wasn’t involved in the study, says that the MooLoo could have both local and global benefits.

“There’s a local pollution advantage and a greenhouse gas advantage,” he says. “The significance for climate change is that if you can collect all of the urine and feces then you can process it in a way that is less likely to cause greenhouse gases. They did it comfortably enough that it is feasible on a large scale.”

Broom adds that the research shows that cattle management and feeding systems can be vastly improved to reduce greenhouse gas production and create sustainability. “We’ve underestimated what cattle can learn,” he says. “This is the kind of thing we ought to be trying to do.”

However, Andrew Knight, a veterinary professor of animal welfare at the University of Winchester, has concerns about the plausibility of scaling up MooLoos or similar cattle urine collection systems. While the experiment was carried out on cattle housed in a barn, he says, to do so year round would raise questions about animal welfare.

“So, what happens when they graze outdoors?” he asks. “Will we have to put MooLoos everywhere? You can’t keep them trapped inside all year.”

Professor Knight also argues that geographic and socioeconomic factors would be a serious obstacle in some parts of the world. “The problem is that the MooLoos might not be economically affordable for farmers in poorer countries or simply not geographically practical.”

Nonetheless, Langbein defends the MooLoo, which is set to be tested on a larger scale and under grouped housing conditions next summer. In countries like New Zealand, where cows spend much of their day grazing in fields, the animals could be trained to only urinate during their twice-daily milking sessions at the barn. In the U.S., where cattle are often reared in feedlots, this wouldn’t be as much of an issue.

To reduce the burden on farmers, Langbein says that automation is being explored — sensors could be installed at the barn to allow the use of the MooLoo 24 hours a day, for instance. “We need a low-cost solution that doesn’t require more work from farmers,” he adds.

Bigger picture solutions such as reducing overall livestock numbers and the land area used for livestock are more likely to have the required impact on emissions, according to Knight. But he concedes that the MooLoo could play a part in that effort. “The amount of greenhouse gases being produced by cows is enormous,” he says. “So even a small percentage could make a significant impact.” 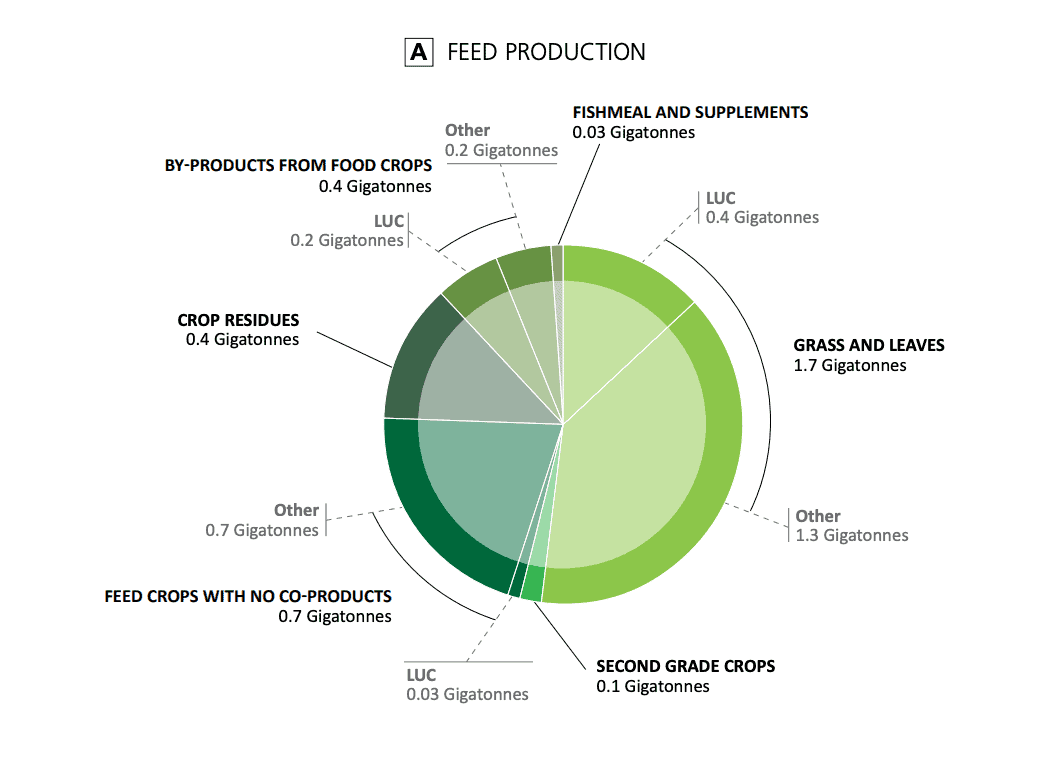 How else can we tackle climate change through changes to the way we raise livestock? This UN study offers lots of ideas.

Want to take a deep dive into livestock emissions? This Greenpeace report covers a lot.