Imported from Japan in 1876, kudzu strangles forests and farmland throughout the South. Could it build cities instead?

Tourists from across the globe flock to Tennessee to experience the world’s country music capital and its renowned high-quality whiskey. But as Katie MacDonald and Kyle Schumann see it, an ubiquitous invasive plant species known as kudzu could become yet another state export.

MacDonald and Schumann, who became architectural fellows at the University of Tennessee Knoxville in 2019, are the co-founders of After Architecture, an architectural studio established in 2012, whose work “responds to and confronts environmental crises.” Central to their approach is repurposing invasive species for architectural use due to the immense harm caused by conventional building materials to the environment.

Spoiled for choice in Tennessee, where invasive species run rampant, kudzu, an invasive vine, was a seemingly easy pick.

“When you talk to people in Tennessee and the surrounding states, everyone seems to have a story about kudzu,” says MacDonald. “We liked that there was a kind of recognition of kudzu. And if we could develop a way to work with kudzu, there’d be a resonance between the material itself and the public’s experience.”

Seemingly innocuous, the trifolate-leaved vine with sweet-smelling blooms was imported from Japan as an ornamental plant for the 1876 Philadelphia Centennial Exposition. Initially used as a forage crop, farmers were later encouraged to grow it as a solution to soil erosion. In the south, it found the perfect habitat — a little too perfect.

Kudzu slithers across the earth and blankets anything it touches: grass, trees, gardens, porches, street signs, power lines, telephone poles, eventually choking the biodiversity out of an ecosystem. The hardy plant grows at the head-spinning pace of a foot per day and spreads at a rate of 150,000 acres yearly. Extremely dogged, it can adapt to most soils and climates.

The U.S. Department of Agriculture declared it a pest weed in 1953, yet efforts to rid the country of kudzu have been largely futile, leaving individuals as well as government agencies frustrated.

Joshua Lee, an assistant professor of architecture at Carnegie Mellon University, says he spent over $15,000 to fight a kudzu infestation in his yard in Pittsburgh, a frazzling process that included using a stump grinder to desecrate the roots before spreading black plastic across the yard for about a year. “It still comes back,” he chuckles.

These ruthless qualities have inspired poetry and fiction paying homage to its relentlessness. Renowned Georgia poet James Dickey wrote Ode to Kudzu about the exploits of the plant in the south, in an exaggerated manner.

In these qualities, however, MacDonald and Schumann saw a potential building resource capable of replacing the carbon-intense materials typically used in construction. “We were thinking about the hardiness. It’s really a persistent material — that’s what made it such a challenging invasive species. It’s really hard to cut away, it rolls so fast, it entangles itself with things,” MacDonald says.

Schumann adds: “We used it as basically fibrous and loose wall assembly, and it was kind of similar to the idea of OSB (oriented strand board) which is a really standard building material.”

After Architecture demonstrated this potential with Homegrown, an art installation at the Knoxville Museum of Art in 2020, a culmination of their fellowship in Tennessee. Homegrown mimicked the skeletal form of a building. Roofless, with cut-outs for windows and a door, it was predominantly constructed with kudzu, along with a few other local invasive species like bamboo and forestry waste, all bound together by a bio-based adhesive. The 10-by-10-foot room wasn’t just an art installation, it was a reimagining of how we could build without carbon-intensive concrete, steel and aluminum.

“When we work with something like wood, we take something large and then we cut small pieces of it away to make it into a kind of unit,” MacDonald says. “So, it’s a subtractive process. With Homegrown, we were interested in using kudzu as an ingredient and an additive formation — so adding material together instead of subtracting material away.”

Kudzu, a “natural fiber,” is touted as a replacement for carbon fiber. Additionally, it can be used in panel materials such as sheetrock or drywall, which is typically made from gypsum that is mined from the earth. “If we can make thin panels, then they could essentially replace the interior wall surfaces,” Schumann says.

Finding such replacements is an environmental imperative. Building materials and construction, otherwise referred to as embodied carbon, are responsible for roughly 20 percent of global emissions. These numbers may rise even further. According to a 2020 report, one in every three houses to exist in 2040 is yet to be built, and 20 years on, this is expected to double, per a Global Status Report.

However, After Architecture’s work with kudzu is still very much experimental. As illustrated with Homegrown, it appears and feels different than most construction materials: a bit fuzzy and soft, as opposed to hard and flat. Echoing the researchers’ sentiments, Lee believes that the public is more than capable of embracing an unfamiliar aesthetic, considering the historical evolution of architecture.

“We have gone through periods of shagged carpets in the 1970s, so I don’t think it’s as foreign as it might seem on first appearance,” he says. He foresees industry and regulatory entities as more likely to resist a new,  biobased alternative to ostensibly safe, carbon-intensive materials, especially in a “highly litigious society” like the United States. It might take years of testing to ensure safety and financial viability to prospective investors. Application for the plant to be used in construction is still in development. 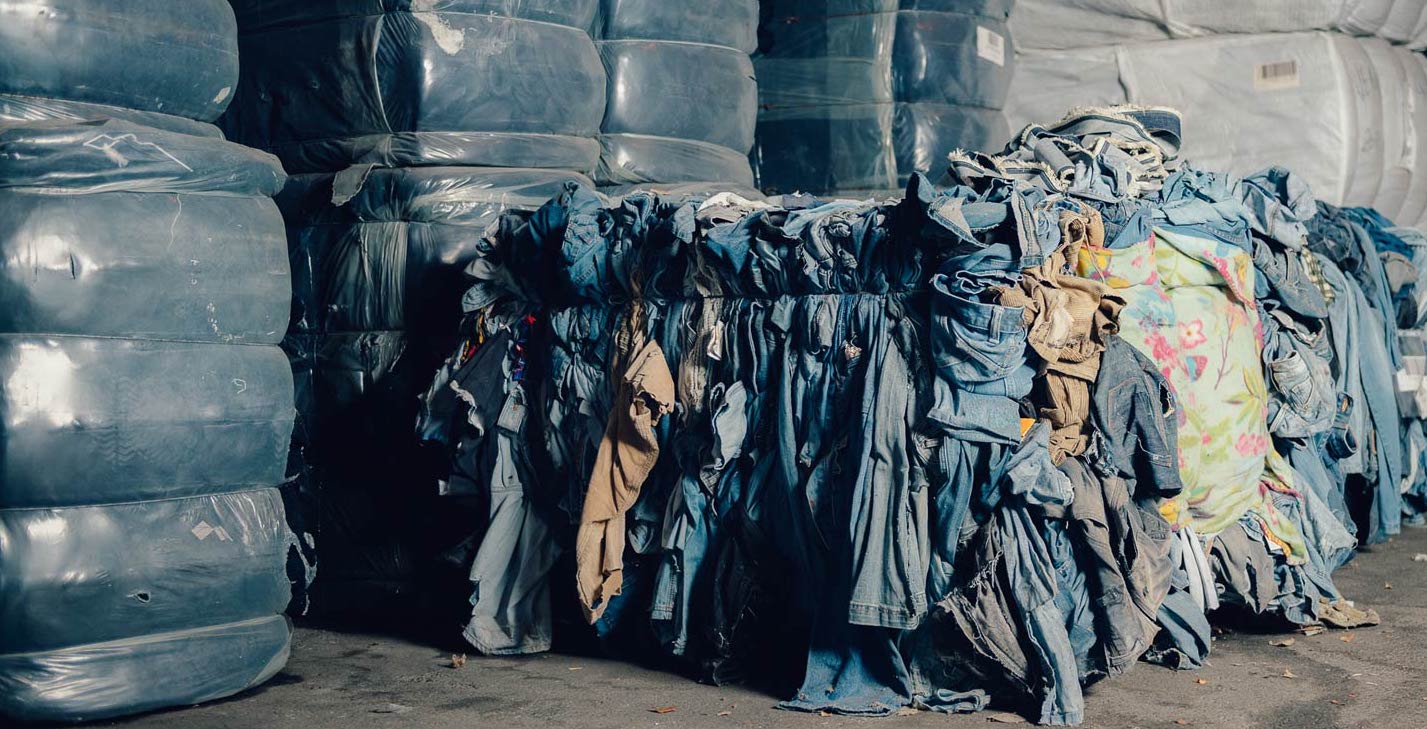 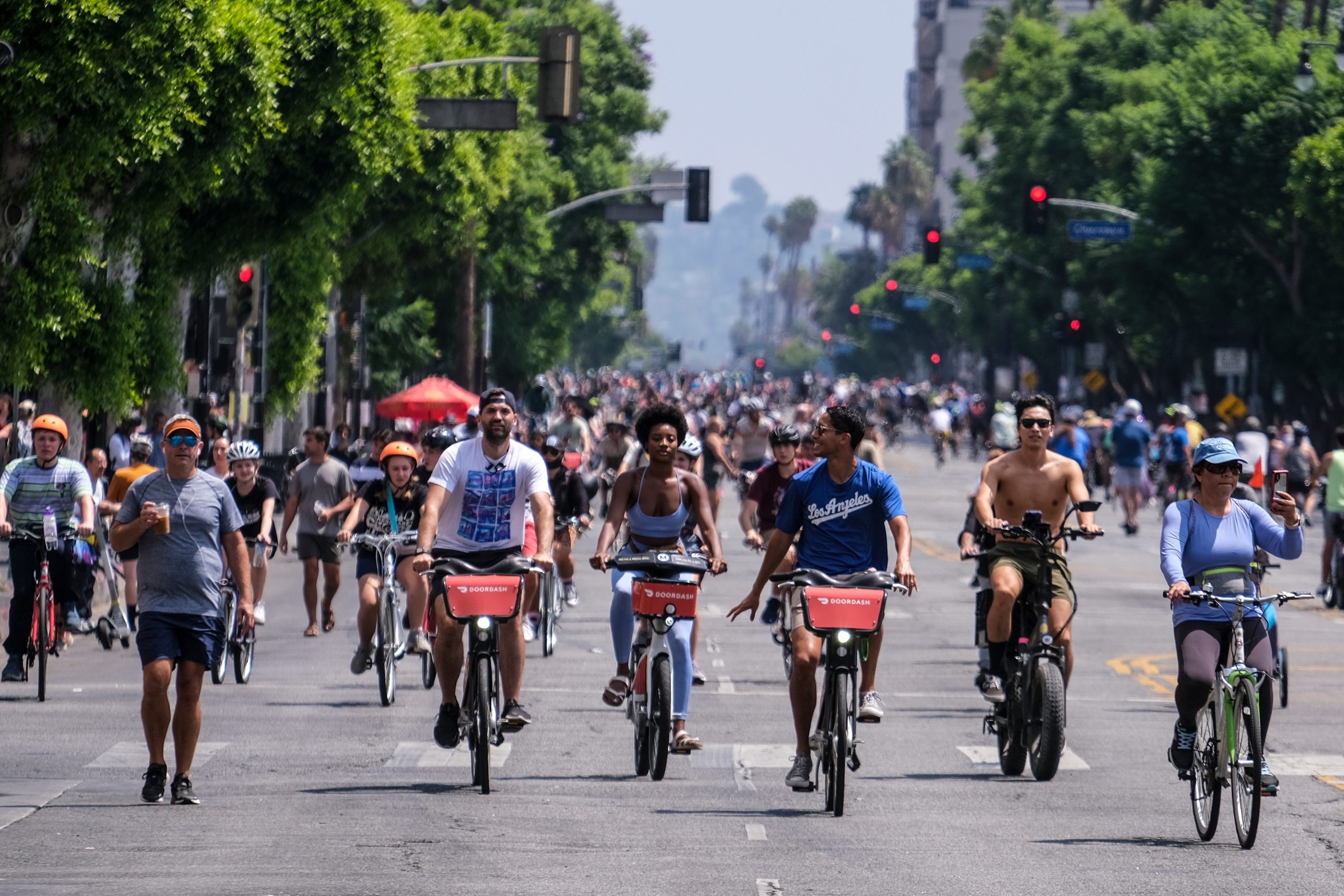 These Cities’ Car-Free Streets Are Here to Stay 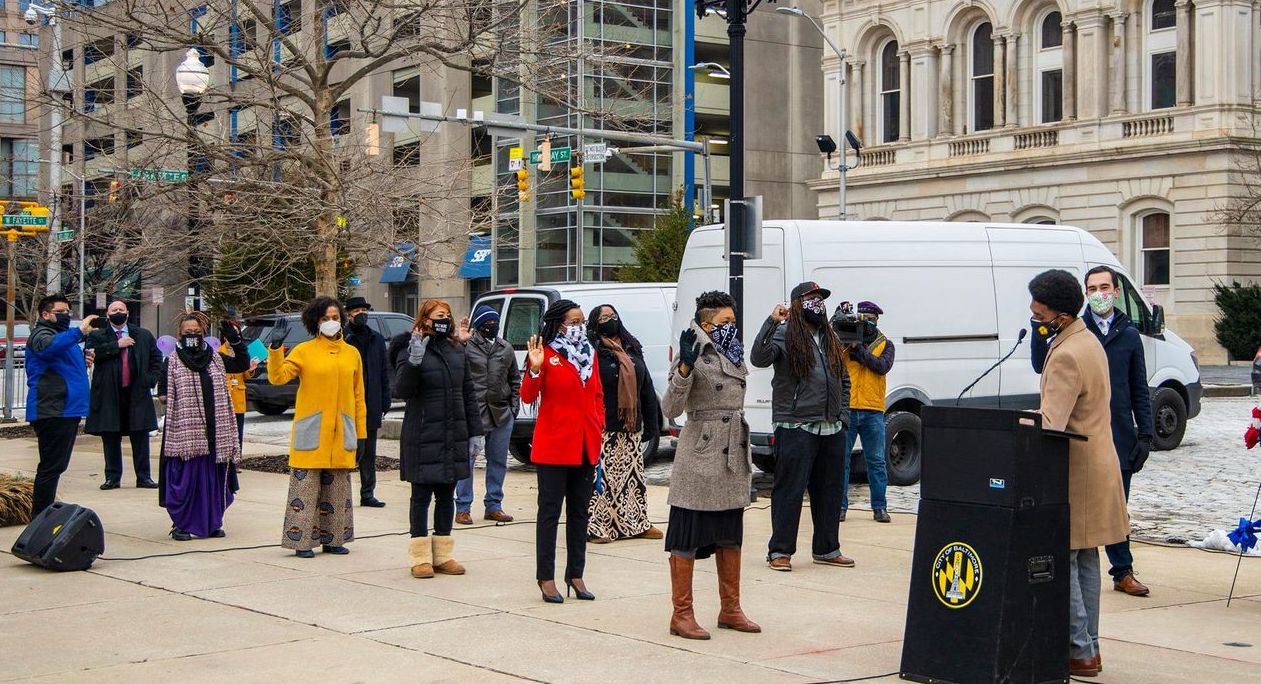 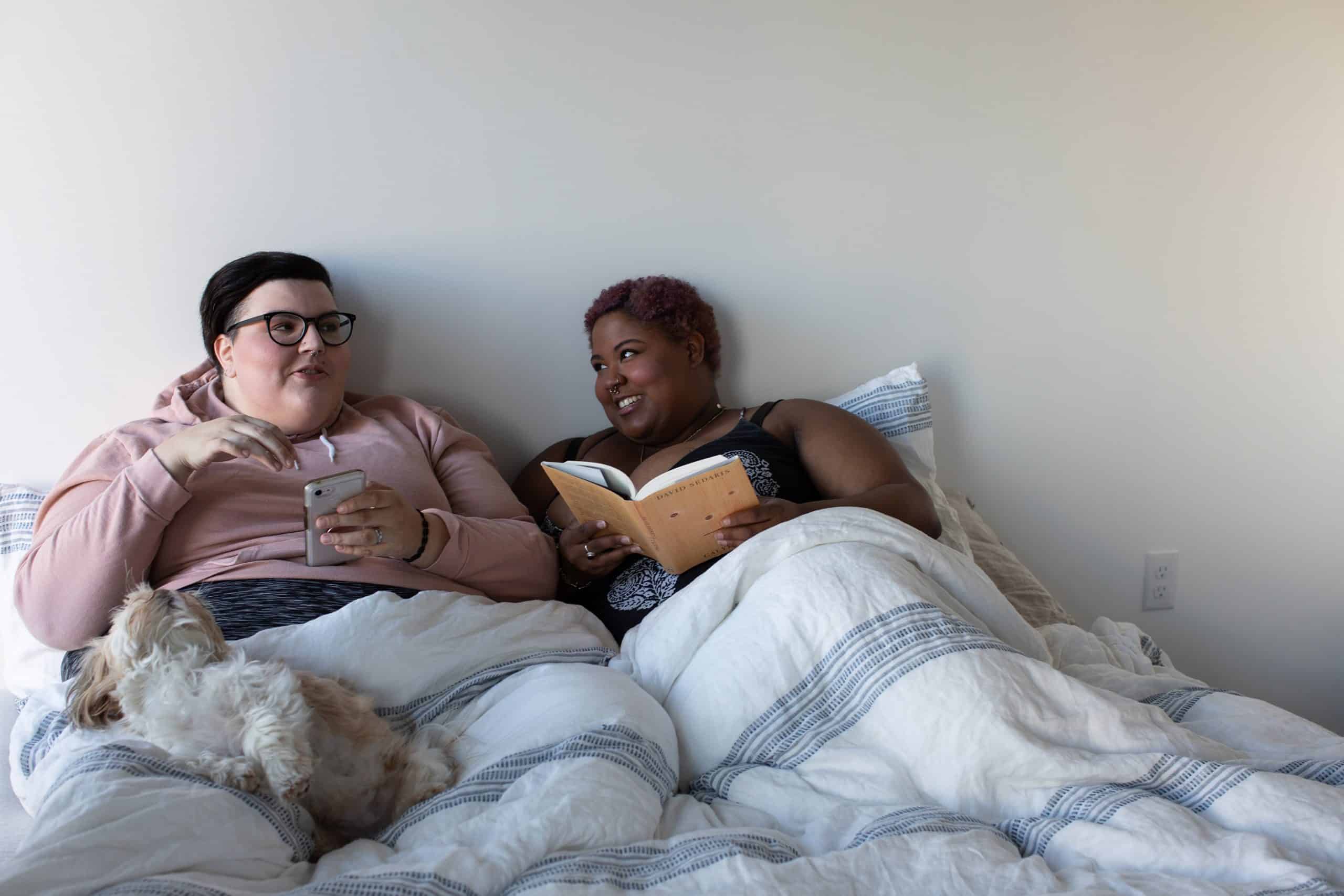 The Evolution of Trans Health Care 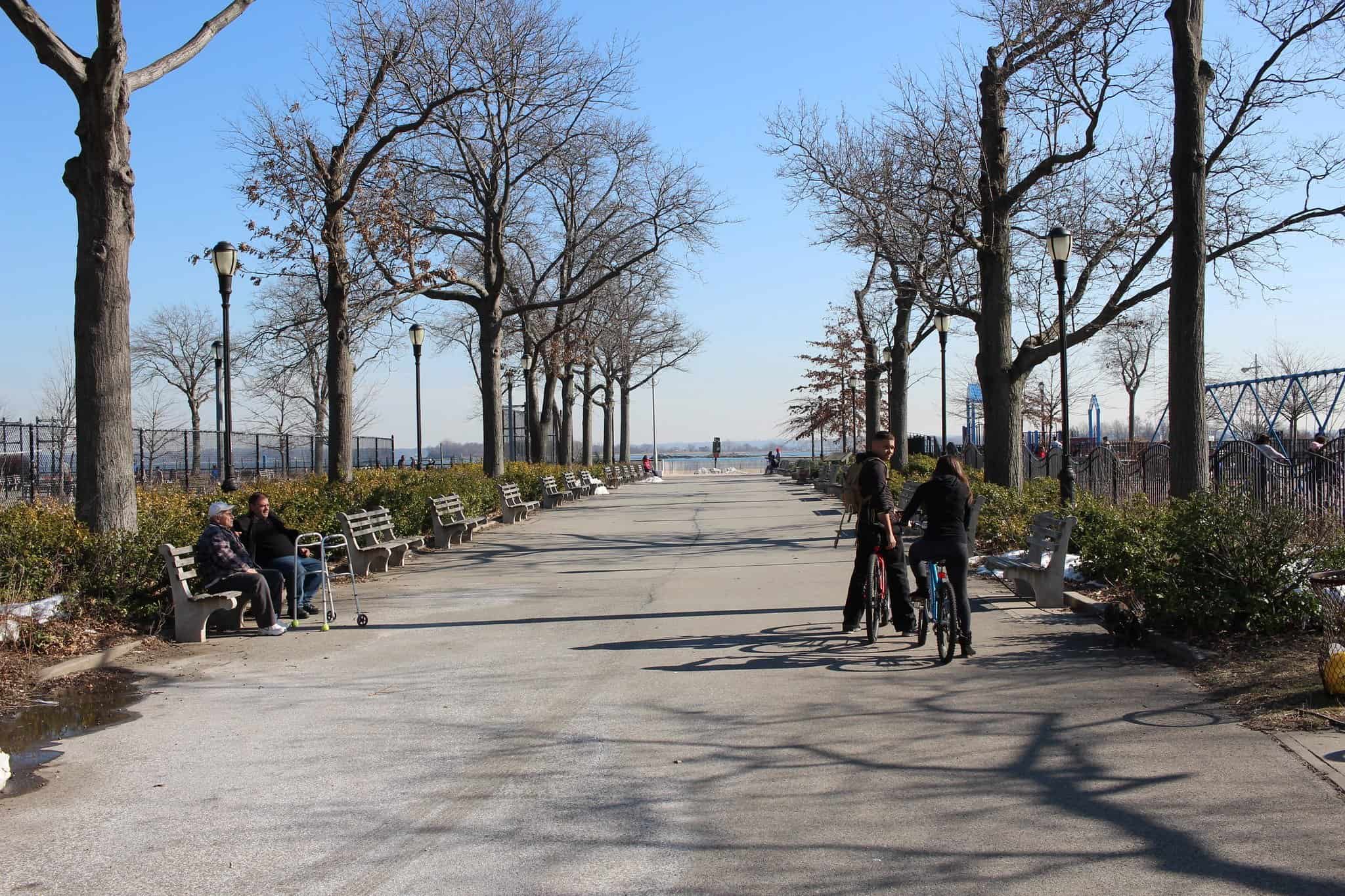 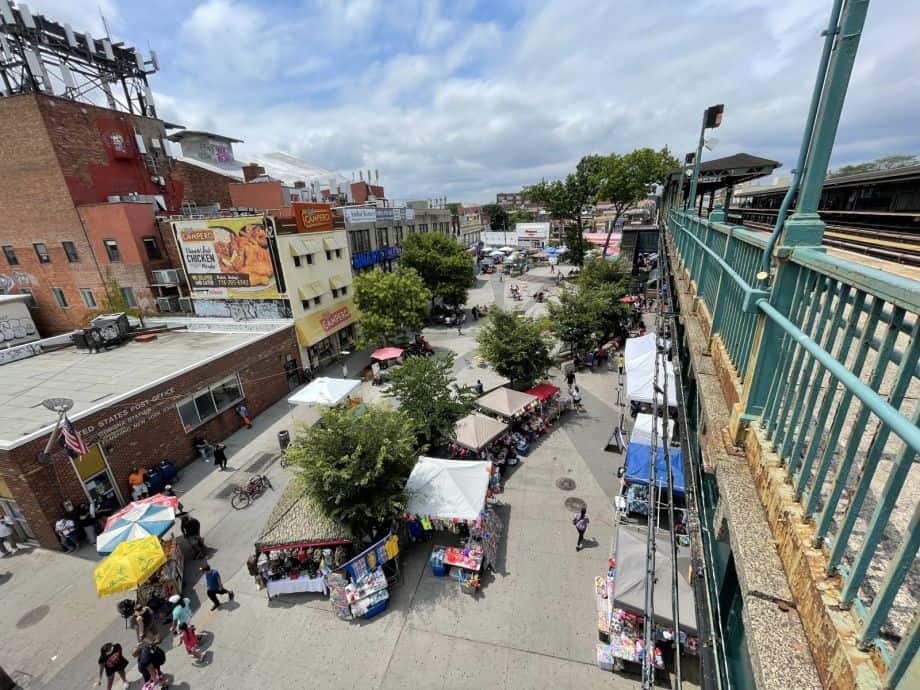 Once Upon a Pandemic, New York Let Its Street Vendors Thrive 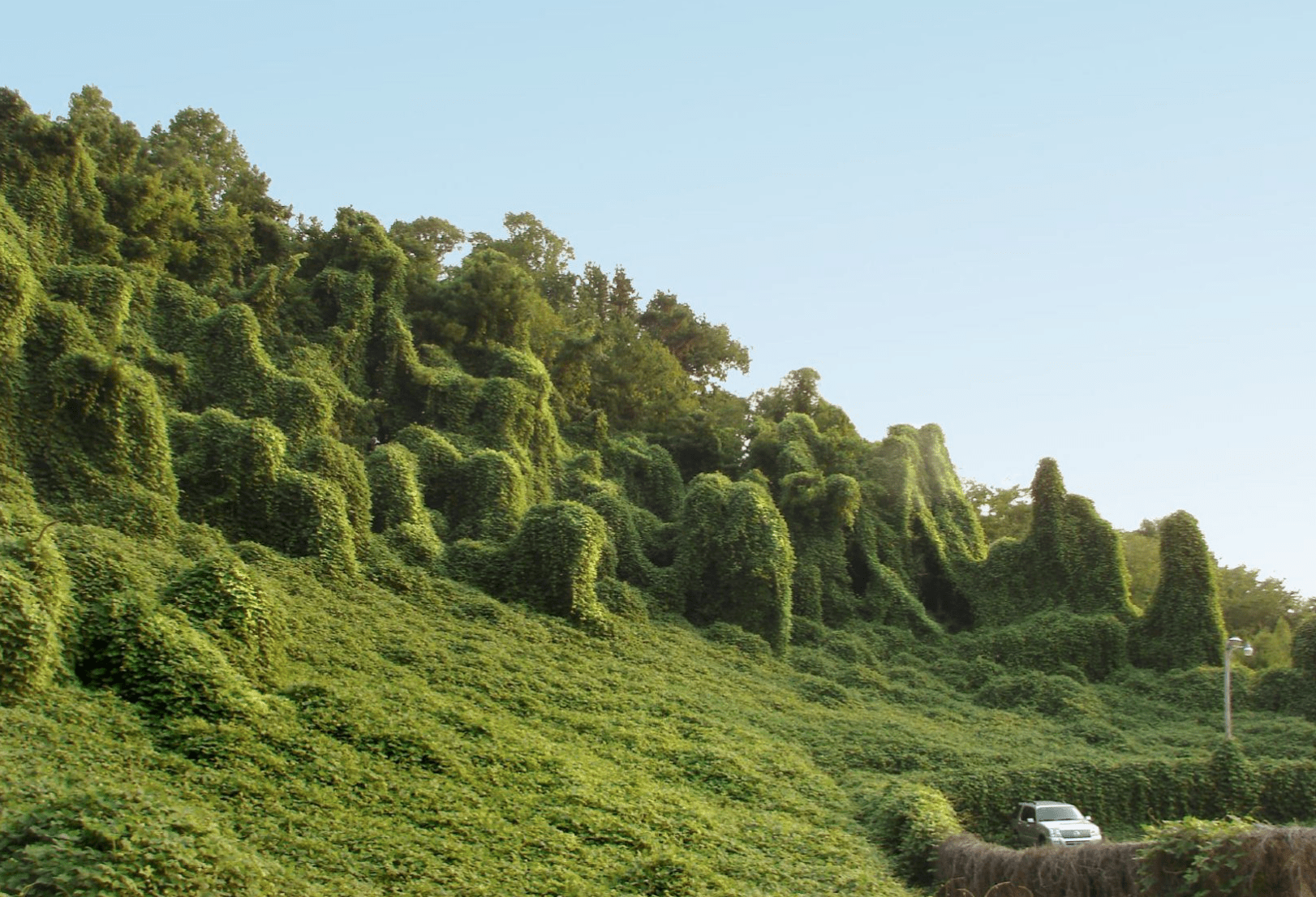 The Nature Conservancy tells the story of kudzu’s early days, with amazing photos.

Ukrainians are risking their lives to shelter a critical species in tunnels, basements and their own homes.