In New York’s Lower Hudson Valley up through Northern New Jersey, Fagen, a seven-year-old Belgian Malinois, and Dia, a three-year-old Labrador retriever, are sniffing their way through a meadow, the authorities in tow. With their noses to the earth, they’re hunting down a dangerous troublemaker: Scotch broom, an innocent-looking yellow-flowered invasive plant that destroys grasslands, poisons animals and fuels forest fires.

“Imagine a plant only an inch tall amongst other plants in places as vast as Harriman State Park or Bear Mountain,” says Joshua Beese, referring to two of the region’s sprawling protected natural areas. “It’s easy to miss, but not to the dogs. They can find invasive seeds hidden under bushes — places you wouldn’t think of going. You’d have to crawl on your hands and knees. And the dogs cover a lot of territory.”

Beese is the Conservation Dogs Program trainer and handler for the New York New Jersey Trail Conference, a volunteer organization that builds, maintains and protects public trails. He also handles Fagen and Dia, both of whom live with Beese and spend two-to-three hours on the trails with him during mild weather days.

At the seedling stage, invasive plants like Scotch broom are notoriously difficult for humans to spot. But dogs can locate hard-to-find flora and fauna more effectively and efficiently than virtually any human, method or machine in existence. Their handlers then share that information with park managers, trail professionals and the many volunteers who work to rid the area of the intruders.

Detection dogs are the best method scientists have for locating invasive plants and endangered animals. They’re fast, accurate, and less expensive or cumbersome than technologies like motion-sensitive cameras. One organization found that its detection dogs located brown tree snakes five times faster than humans and pin-pointed bobcats nine times more frequently than cameras. And rooting out invasive plants over a swathe of a few hundred acres is far easier for a trained dog than a human.

Fagen and Dia are trained to sniff out not just plants, but animal species, as well, like the spotted lanternfly, an invasive insect that threatens both ecosystems and economies — one recent study found that lanternfly infestations could drain $324 million and 2,800 jobs annually from Pennsylvania alone. “These flies excrete a sugary substance that causes mold,” Beese explains. “Winds carry the scent to the next tree. That’s where we (the handlers) come in. The dogs show us the area and we spot the mold with our eyes.”

A 2010 study published in the journal Invasive Plant Science and Management found trained dogs detect twice the number of invasive plants as human surveyors could observe with their eyes. “They can detect concentrations of some materials at a level of three parts per million, better than the most accurate scientific equipment,” says Nicholas Dodman, professor emeritus at Tufts University and president of the Center for Canine Behavior Studies. “They live in a world of smells that we can barely imagine.”

Dogs have an olfactory lobe that is about 40 times larger than the human equivalent, and at least 800 million smell receptors in their nasal cavity, compared to 12 million in humans. “They also have a ‘nose within a nose’ called a vomeronasal organ located within the nasal cavity just above the hard palate of the mouth,” says Dodman. He ticks off a list of things dogs can detect via scent: certain types of cancers, low blood sugar in insulin-treated diabetics, impending seizures, malaria, even Covid-19. “So can a dog detect a sought-after plant or other species? Of course they can.”

Dodman’s team once trained a dog to detect a rare species of turtle buried underground so that it could be retrieved and moved away from a construction site. But locating problematic species is only half the game — the other is detecting threatened ones. Lily is a member of Working Dogs for Conservation (WD4C). At 13, she’s semi-retired, but she still has boundless energy — an ideal trait in a working dog, but unfortunately, the kind of personality that can get a pooch bounced from an adoptive home.

“A lot of families want mellow dogs who lie on the couch,” says Aimee Hurt, co-founder and handler at WD4C. “That wasn’t Lily.” The yellow Labrador lived in five different homes before the age of three. WD4C eventually picked her up from an animal shelter. “Dogs with high impulse control can be a problem if they’re not properly trained,” says Hurt. “Their energy and drive sets them apart from other dogs and makes them perfect for detection work.”

Over the years, Lily learned to detect more than 12 different scents of invasive plants and endangered animals. These days she works nights with Hurt searching for the endangered — and nocturnal — black-footed ferret. Together, they’ve searched for the ferrets in Montana (where WD4C is based), South Dakota, Wyoming and Colorado. Hurt drives her car slowly while Lily runs ahead, stopping and sitting when she spots something. Hurt shines a spotlight into the darkness; when the ferrets look directly into it, their eyes give off a green glow. Lily also detects ferrets in their underground burrows.

“Originally, we thought black-footed ferrets were extinct,” says Hurt. “That was until the 1980s when a ranch dog came home with one in his mouth. Black-footed ferrets are an important part of our ecosystem because they control prairie dog populations and are prey for other animals.”

Hurt shares the data collected by Lily with fish and wildlife partners, scientists at local universities, and the U.S. Department of Agriculture, who use it to monitor population levels and for conservation and eradication work. According to WD4C, invasive species cost the U.S. economy over $120 billion per year. “Detection dogs can be up to 40 times more efficient than human searchers because they can cover large areas and rough terrain,” Hurt says. “They can find invasive plants and endangered species hidden in deep vegetation because of their sense of smell.”

Dogs are also being employed to protect threatened pollinators. Betty White, a two-year-old Labrador retriever, and Ernie, a four-year-old Lab, work and live with Laura Holder, co-founder and executive director of Conservation Dogs Collective (CDC) based in the Midwest.

“Honeybees contribute nearly $20 billion to the value of the U.S. crop production,” Holder says. “And according to a survey from Auburn University, beekeepers across the U.S. lost 40.7 percent of their managed honeybee colonies from 2018 to 2019.”

“Not all bees are out in the open pollinating flowers,” Holder says. “That’s where the dogs come in. They’re trained to spot the sweet waxy scent of the hives. The dogs found hives inside evergreen trees, underground and in between planks of plywood.”

“We often don’t see the hives,” Holder continues. “For instance, the hives inside evergreen trees are completely hidden to the human eye. The dogs find them and we tell our partner land and water conservancy organizations who protect them.”

All of the dogs in these programs live with their handlers. “We train almost every day,” Holder says. “Some days, I need a day off more than they do. We work twice a week on detection skills. On their days off, they get to be the family pet. When they’re out in the field, they protect the environment.” 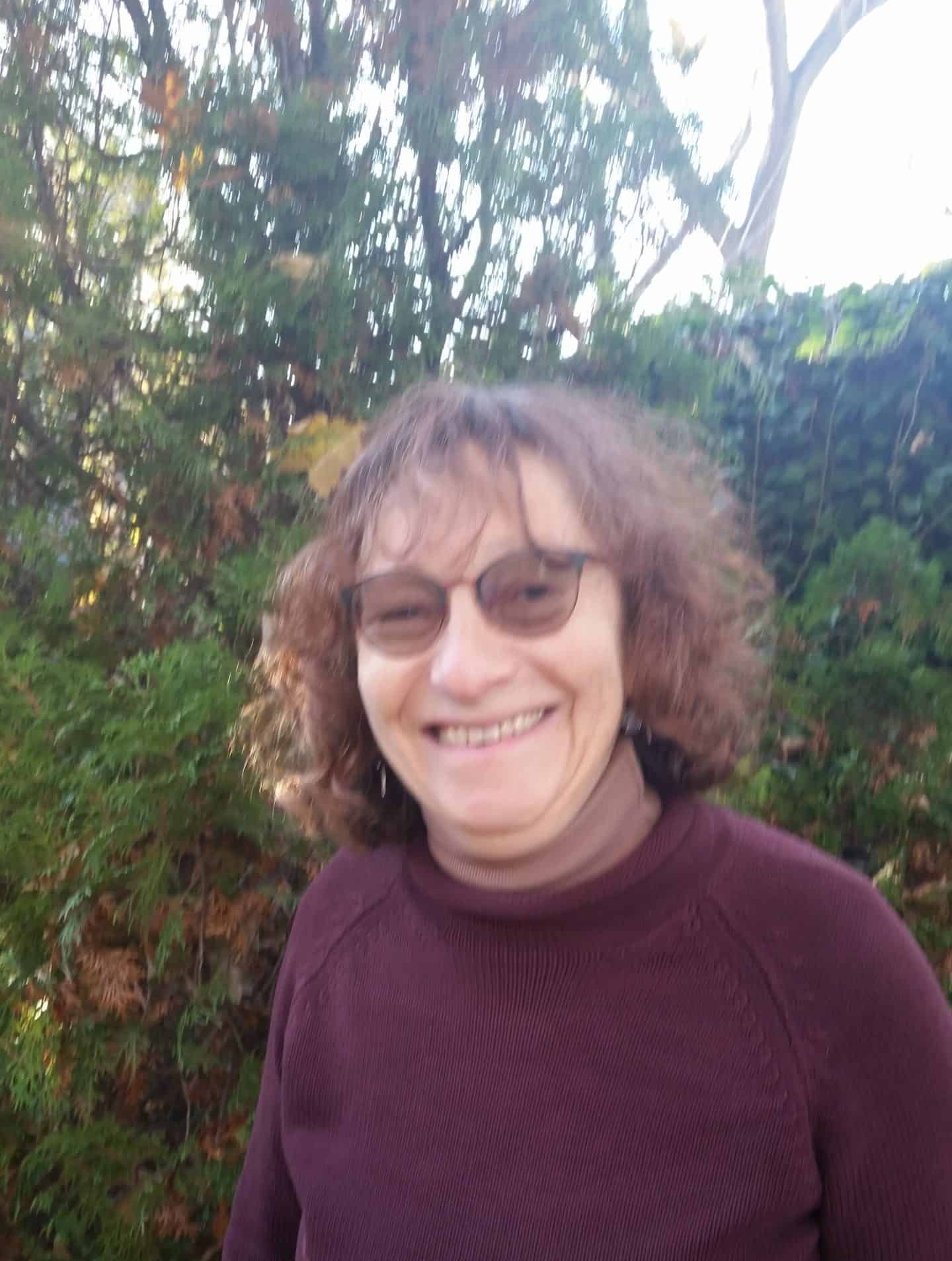 Michele C. Hollow is a New Jersey-based freelance journalist. She writes about health, mental health, climate, and animals. Follow her on Twitter @michelechollow

Private landowners are part of a statewide push to save the trees that make it rain.