Even as farms decline across the US, a longer growing season is bringing food security to a state that has long relied on sustenance from afar.

Four years ago Phoebe Autry packed up everything she owned, said goodbye to friends and neighbors in central Washington, and set off on a 45-plus hour drive northwest to Palmer, Alaska. Exhausted by the “ever present danger of wildfires” that posed a risk to her West Coast farm, not to mention her life, Autry, now 32, sought somewhere to start her vegetable growing career afresh.

She’s not the only one. As farm numbers decline in most of the U.S., Alaska is bucking the national trend. Between 2007 and 2017, the number of farms in the country’s largest state increased by 44 percent even as the total number of U.S. farms dropped by more than seven percent. Most of that growth has been in small farms of up to nine acres.

The reasons for this are varied but include the very thing that drove Autry to leave the Lower 48 in the first place — climate change, which in Alaska at least has resulted in an extended growing season for most crops. In more recent times, Covid-19 and the war in Ukraine have underlined how vulnerable Alaska is to supply chain shocks and, say agricultural experts, seen a growing number of Alaskans opt to grow their own food.

The upshot for this isolated state, which imports roughly 95 percent of its food, is clear. Far from being a gentle quirk in the evolution of its history, Alaska’s farming boom, while relatively localized, is vital at a time when further disruptions to the faltering global food system are inevitable.

“We are an incredibly food vulnerable state,” says Autry. “Even in normal times our grocery store shelves are pretty sad. If a boat gets stuck, we might not get fresh milk, yogurt, cabbage or broccoli for a few days.”

But with Alaska warming faster than any other state, something predominantly negative — not least for Alaska — is having the beneficial impact of making it more conducive to growing food. Over the past 60 years, state-wide air temperatures have increased by an average of 3°F.

The warmer weather and extended growing season mean that “more people are considering Alaska as a place to grow food,” says Autry, who is currently taking a break from farming to fill the role of interim executive director at the Alaska Farmland Trust. Over the last five years the trust, which protects agricultural lands from development by putting conservation easements on them, has seen a “significant increase” in calls from farmers in other parts of the country who are seeking land.

Another factor that attracts farmers to Alaska is the cost of land. At 665,000 square miles large, the state is bigger than Texas, California and Montana combined, and farmland is mostly cheaper than elsewhere in the U.S., making operating a farm more financially viable.

“In other states, most of the land is already spoken for,” says Amy Seitz, executive director at the Alaska Farm Bureau, the goal of which is to improve the economic wellbeing of agriculture in the state. “So when it comes to family farms, if there are multiple kids, a kid can’t buy a neighboring piece of property. So instead they are looking up here.”

Scott Mugrage, president of the Alaska Farm Bureau, moved to Alaska almost a decade ago after he and his son couldn’t afford to open a feedlot together back where they were living in Nebraska.

The two were considering what they might do next when they came across a farm online that was located in the Delta Junction, southeast of Fairbanks, Alaska’s second largest city. It was in disarray but they could afford it, so they relocated and fixed it up. Today, Mugrage Hay & Cattle is one of the largest producers of finished beef in the state, employing people year-round.

“We couldn’t have done this elsewhere in the States,” says Mugrage.

It’s not like Alaska has humongous tracts of land for industrial operations to snap up. There are some bigger farms in the Delta Junction, like the Mugrages’, but most of the farmers moving in from other places have established small-to-midsize farms. And most of the properties that the Alaska Farmland Trust has protected have been relatively small, too. The biggest property that they’re currently working to protect with a conservation easement is 120 acres.

Of course, appealing as it all sounds, cheap land doesn’t always remain so. Autry says the Matanuska-Susitna borough where she lives is seeing a lot of pressure from housing development, which is driving land prices up. Autry and her fiancé are in the process of looking to buy their own farmland, but are worried they will be priced out.

As well as individuals like Autry and Mugrage, who moved to Alaska to set up food production operations, there are those born and bred in the state who are supporting its growing farming scene. As part of this, Seitz and Autry both highlight a growing interest among Alaskans keen to grow their own food in the wake of a turbulent two years that has seen Covid-19 and the war in Ukraine seriously exacerbate existing food supply challenges.

“Alaskans are very proud to be from Alaska,” she says. “So they do their best to support local businesses and buy Alaska-made and Alaskan-grown.”

“That’s the most we’ve had, ever,” says Robbi Mixon, executive director of the Alaska Farmers Market Association, who adds that she’s seen increasing interest in locally grown food from regeneratively farmed land as part of these developments.

Despite the successes, if Alaskans really want to be food secure they’re going to need some help, says Mugrage. He laments, for example, that there’s not enough research going into wheat hybrids that might work in Alaska now that the growing season is longer.

“We have one flour mill in the state [and] three slaughter plants,” he says, adding that he doesn’t believe investment for this additional infrastructure will come from the private sector. “We need government to invest in infrastructure.”

For farmers like Autry, having some land of her own will be a dream come true.

“Sometimes it feels out of reach, but I have to remind myself I’m closer than I’ve ever been,” she says. “Despite competition for land with developers, I think small-scale farming has a very bright future in Alaska. We live in a state where being self-sufficient is important and we are starting to get more buy-in from our state politicians. That, and the engagement we get from the community, is essential to making it all possible.” 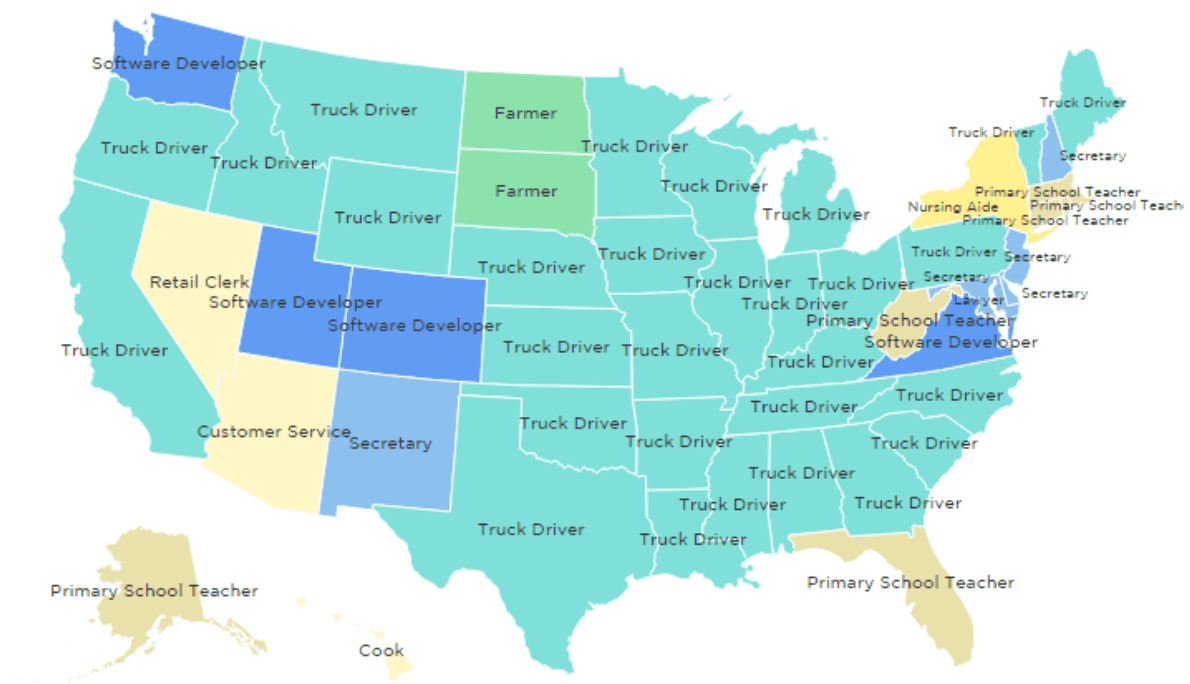 These maps from Grist show how farms are disappearing from most US states.

Growing Seeds That Can Thrive in Tomorrow’s Climate

The world is becoming hotter and drier. Farmers are starting to gather seeds that are okay with that.