In the provinces of Cambodia, Lyhen So walks amongst colorful rows of vegetables. Sprouting up is a melange of lettuce, corn, and mung beans planted alongside each other. The mix of produce is not just a delicious salad in the making — it’s also an economic experiment.

“Soil needs to be fed,” he says as he explains this version of intercropping. “Soil really needs nitrogen.” The mung beans provide the needed nitrogen. The corn plants’ roots prevent the soil from becoming too compact, and the tall corn stalks provide shade to the lettuce whose delicate leaves could easily wilt under the bright glare of the near-equatorial sun. In the future, he says they’ll plant short trees to give the necessary shade and nitrogen as well.

But first must come the vegetables, something few farmers in Cambodia can afford to grow. Poor soil, the product of decades of nutrients being leached out of it by rice farming practices, needs to be slowly rebuilt over time in order to be healthy enough to support consistent vegetable production. It’s a Catch 22 that takes skill and financial resources far beyond what most farmers have available to them. So’s job is to change that. The research and development manager for Project Alba, a local for-profit social enterprise that aims to pair better farming practices with poverty alleviation, his job is to help farmers overcome the primary barrier to switching to crops that are more sustainable and profitable: economic risk.

The quality of Cambodia’s soil is notoriously poor for many reasons: partially due to the country’s rapid deforestation, years of widespread heavy pesticide use and overplanting the same crop, but especially from farmers drowning the soil to grow rice.

Cambodia has a long history of rice farming. The country’s monsoon seasons and annual flooding of its major lake and rivers into the surrounding fields lend themselves naturally to growing the water-logged crop. The region’s long-grain jasmine rice is known for being one of the best in the world, and about half of the rice grown in Cambodia is sent for export, making agriculture roughly a quarter of the GDP.

The reality is, Cambodian farmers don’t grow rice because it’s profitable. They grow it because it’s what they know. After years of civil war following the country’s 1970s genocide, the nation’s agriculture sector has largely been left to its own devices without support or subsidies from the government. Most farming is subsistence farming, with rice being the natural choice as the staple of the Cambodian diet and the most filling for hungry bellies.

Money-wise, vegetable farming rakes in two to three times as much as rice, but it’s also more likely that an entire crop will get wiped out by a bad season, a risk few poor farmers can afford.

That’s where Project Alba comes in. The group approaches farmers who have some knowledge of vegetable production and who are willing to switch their farms from growing rice to growing produce. In return, Project Alba provides them a stable market and a priceless guarantee: that they will buy the farmers’ crops, no matter how they turn out. For Project Alba, a for-profit enterprise, the risk is worth it because they share in the profit of the farmer having moved to a more valuable crop.

“We really wanted to do something around poverty alleviation but with a very, let’s say, market driven approach,” said Guillaume Virag, CEO and co-founder of Project Alba, in an interview. “It’s not just microfinance,” he added. “For someone to succeed, you need an ecosystem, basically.”

After training farmers in sustainable practices, Project Alba buys the produce from them and sells it in markets in roughly 30 cities stretching across the south of the country, from Sihanoukville up to the capital, Phnom Penh. Having Project Alba as the middleman providing market arbitration means produce can fetch higher prices for farmers who otherwise would only be able to sell at their local market.

“The farmers that really understand the market problem, they want to increase their income,” says So. “They join because they need the market size that’s bigger than the local market.”

Virag said that Cambodia was an ideal place to start this business because it is still heavily agriculture-based and, after years of civil war, without much supportive infrastructure. “But it’s in a region that’s moving forward really fast,” he noted, adding that the law of gravity economics, which states that a country next to other countries that are doing well (in this case, Vietnam, Thailand, and China) will naturally benefit, will apply. Also, because NGOs have already existed in Cambodia for farming projects, there is already an established supply chain for equipment, fertilizers, etc.

A haven from predatory capitalism

Soon Project Alba’s approach will look much different, however. What makes Cambodia seem like a good place to start — the lack of development and little government oversight — is exactly what makes their plan less tenable in the long term: predatory markets from no government control.

“If you want the definition of what is predatory capitalism at its core, you go to a vegetable market in Cambodia,” says Virag. With no barriers to entry, there is no guarantee for how much supply there will be, which causes massive price fluctuations on an hour-to-hour, day-to-day basis. People come and go within the industry depending on available economic opportunities (factory jobs, for instance).

There is also no quality control, and produce from multiple sources – regardless of quality – will be mixed together.

So in order to level the playing field for its farmers, who are putting in the time and monetary investment to grow safe-to-eat produce, Project Alba has decided to create its own direct market sales. In 2020, customers will be able to buy their produce through an app and have it delivered to their door. Project Alba will ensure that farmers are Good Agricultural Practices (GAP) certified and will continue testing its produce for contaminants (samples are sent every three months to New Zealand to make sure they are safe from pesticide use as well as biocontaminents, like salmonella). And since they are creating their own delivery supply chain from farm to home delivery, the social enterprise will control how many people have handled the produce and ensure that it was done safely. As the soil quality grows, so too will the safety and quality of the produce — a guarantee consumers can hardly find anywhere in the country currently.

“You cannot [currently] supply organic products to the city, or anywhere in Cambodia, because farmers cannot produce it,” So continued. “The soil is not yet quality. It’s still poor, still no microorganisms inside. We have to build the soil step by step.”

The direct market sales will help Project Alba achieve its two-pronged goals of providing gainful employment to a large population that needs it, as well as the nutritious and safe produce that could fill that same population’s dietary gaps.

So far, Project Alba’s progress on the former is moderate. While the incomes of the roughly 300 farmers Project Alba has worked with have doubled, even tripled in some cases — a huge deal for those who choose to stick with farming — they’re still low, making farmer retention challenging and turnover high. Farming in Cambodia is typically something people do when they don’t have a better option and because their family has some land, not by choice (part of the reason for the vast fluctuations in market prices). To put it in perspective, a factory worker’s minimum wage is a meagre $180 a month, and Project Alba has seen farmers leave for factory jobs.

But soon, the seeds that Project Alba has sown may bear even greater fruit to those who have persevered. In mid-November the Cambodian government issued a notice that rice farmers must only harvest rice once during the six-month dry season due to low water levels. This was the second time this year alone that the government gave such an order, as the start of 2019 saw a huge drought caused by a heatwave followed by a late-starting rainy season.

Due to both climate change and natural weather phenomena like El Niño, unpredictable weather in recent years has been particularly devastating for farmers who rely on their rice crop as an income source in addition to food.

While they may have some competition attracting would-be farmers when there are nearby factory jobs available, Virag knows that the work Project Alba does would help rice farmers who want to stick to the land.

With such a huge possibility to change one’s income — let alone life — rice farmers may decide it’s time to take the plunge. 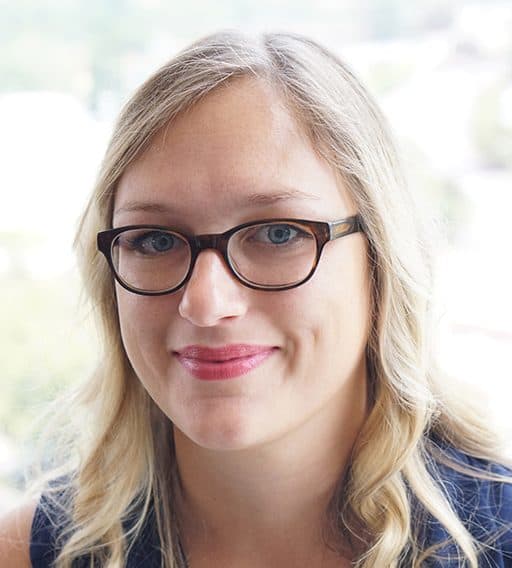 Amanda Kaufmann is a Cambodia-based journalist with a particular interest in the environmental impact of industry.

Is rainwater capture the new solar panel? How drought-stricken cities are capitalizing on a building solution so simple, it’s almost like it’s right above our heads.

In this week’s news briefing: incubating a new generation of agri-preneurs, soaking up stormwater and canceling carbon.