Four days a week, Kees Oranje’s 81-year-old mother Paula gets up and goes off to work on a farm in the neighboring village of Brielle, just west of Rotterdam.

Depending on the day, Paula might feed the chickens, assist with chores, or help prepare hot lunches. The farm raises pigs for meat, and grows pumpkins, beans, kale and more in a large vegetable garden. In many ways, Boerderij Op Aarde — “Farm On Earth” — resembles a typical Dutch working farm, but with one key difference: Paula and most of her fellow farm workers have dementia.

Boerderij Op Aarde is one of hundreds of Dutch “care farms” operated by people facing an array of illnesses or challenges, either physical or mental. They provide meaningful work in agricultural settings with a simple philosophy: rather than design care around what people are no longer able to do, design it to leverage and emphasize what they can accomplish.

It’s an approach that research has shown holds many benefits. For people with dementia, who are often less physically active and more isolated, farm settings promote movement and social interaction. And care farms can have emotional benefits, too, giving participants a sense of purpose and of making a meaningful contribution.

“We don’t focus on what’s missing, but what is still left,” says Arjan Monteny, cofounder of Boerderij Op Aarde, “what is still possible to develop in everybody.”

Care farming started growing in popularity in the Netherlands in the late 1990s. According to Wageningen University researcher Jan Hassink, farms, squeezed financially as agricultural costs increased and food prices fell, were looking for ways to become more multifunctional. At the same time, a movement was emerging in the Netherlands to reduce the use of institutions, part of a growing recognition that people with disabilities had a right to be active in society.

A few decades on, care farming is well established in the Netherlands, and interest in the model for people with all kinds of disabilities is growing across Europe, in the U.S., and in many other countries, Hassink says. As an option for dementia care, it is a solution that grows more relevant with each passing year. Rates of dementia are projected to more than double worldwide by 2050. Yet how to best care for those people remains a question many countries are still grappling with.

In traditional dementia care settings, says Hassink, the focus tends to be on preventing risk. There’s often a fixed schedule of simple activities, like games or movies, and the only choice attendees are given is whether to participate or not. In the course of his research, Hassink has spoken to countless people with dementia. Common to many of them is a desire to not only participate in society, but contribute to it.

At Boerderij Op Aarde, participants start every weekday morning discussing the day’s work. There’s no shortage of tasks: goats and pigs need feeding, gardens need tending, hot lunches need to be prepared. A weathered bench in the workshop might need to be repainted. The workers get to choose which duties they’ll take on — that’s important, Monteny says, because people with dementia don’t have many opportunities to make decisions in their lives.

“It’s a small question,” he says, “but it has a great meaning for the people.”

Common to many people with dementia is a desire to not only participate in society, but contribute to it.

Even bigger, more consequential decisions are made with everyone’s input. Recently, participants were involved in discussions about how last year’s bad pumpkin crop should impact plans for what to plant in 2022. Almost everything the farm produces is used on the farm; lunches include vegetables from the farm’s gardens and sausage and ham from the pigs.

Among the benefits of care farms, according to Hassink, is that participants work alongside the farmers, which creates a more equitable power dynamic than found in many institutions. “They have a joint responsibility for taking care of the activities on the farm, so this makes it like one equal relationship,” he says.

Monteny co-founded the 16-hectare farm with his partner Ronald van de Vliet in 2012. Each day, they work with two staff members from a local care institution, which the farm partners with, plus four volunteers. Almost all of their 40 participants — 18 come per day — have dementia, and all are of advanced age. They chose to focus on this group, Monteny says, because at the time most dementia care they came across tended to be “one size fits all,” without much physical and mental stimulation.

This is changing quickly. Today, there are roughly 1,350 care farms in the Netherlands, serving a diverse range of people, according to Maarten Fischer, director of the Federation of Agriculture and Care. About 400 of these farms offer care for older people with dementia, he said, many in settings that also include participants with other needs.

“They’re focused on what needs to get done that day, which is what takes them out of their current disease process,” Fischer says.

The model is borne out by research. Studies in Norway and the Netherlands found that people with dementia at care farms tended to move more and participate in higher-intensity activities than those in traditional care, which can help with mobility in daily life and have a positive impact on cognition. Dementia is often linked to social isolation, and care farms were found to boost social involvement, especially among those who wouldn’t opt for traditional assistance options. Spending time outdoors in nature, often part of a day on a care farm, can also improve well-being among people with dementia. Farms are not only good for individuals, their families also benefit: studies find caregivers experience less guilt when their loved ones are supported by services they consider to be nurturing and fulfilling.

Hassink says that even institutional care facilities could replicate some of these benefits by incorporating elements common to care farms into their programs. Instead of a fitness class, for instance, they could offer more productive activities that build in movement. Institutions could also empower their attendees with more opportunities to decide which activities they’d like to do.

“I think the realization that people still like to do useful things, useful work, and to be valued and contribute is really important,” he says.

Before Kees Oranje’s mother started coming to Boerderij Op Aarde in 2018, she was largely isolated, he says, living alone in the family’s farmhouse a few kilometers from the nearest village. Oranje noticed she seemed to “bounce back” after she started at the farm when she was 77. He believes part of what makes her days fulfilling is that, just like in life, they involve activities that inspire a range of emotional responses: frustration, joy, surprise, even anger.

At other farms, people with dementia are grouped with people of other ages who have different conditions. That’s the case at the nonprofit care farm launched by Ronald de Vré in Badhoeve, near Amsterdam. Six days a week, the farm hosts groups that mix children and adults of all ages with a range of different conditions, including some dealing with substance abuse issues, and others with conditions like Parkinson’s Disease or dementia. They look after gardens and animals, including ponies, donkeys, swans, sheep and some 60 chickens. With conditions like dementia, he says, “Your world is getting smaller, but here, you feel that your life’s still in the real world.”

“I think the realization that people still like to do useful things, useful work, and to be valued and contribute is really important.”

The model has its challenges, and it isn’t for everyone. Care farms generally aren’t a good fit for people with advanced dementia, whose condition makes it difficult to participate. As a small organization, Monteny said, keeping up with health regulations designed for larger institutions can be difficult, and funding, which the farm gets from the municipality and a regional care institute, is tight. Farm environments also have the potential for injuries. Monteny acknowledges that accidents happen, though they’ve only ever had minor incidents, like a hammer dropped on a toe.

“We make it as safe as possible,” he says, “but risk is part of life. That’s one of our mottos.”

Oranje says he doesn’t worry about such risks at Boerderij Op Aarde. As his mother’s dementia has progressed, she has lost the ability to tell him at the end of the day what she did at the farm. But she continues to live independently in her own house, which Oranje believes is possible because her work at the farm keeps her active.

“She has to be alert all day long, and it’s the best environment. She can maintain the best mental condition as possible in her situation now,” he says. “And that’s very, very, very, very important because that gives her a reason to live.”

What makes a place “aging friendly?” The World Health Organization has some guidelines.

Check out our story on what just might be the world’s most aging-friendly city. 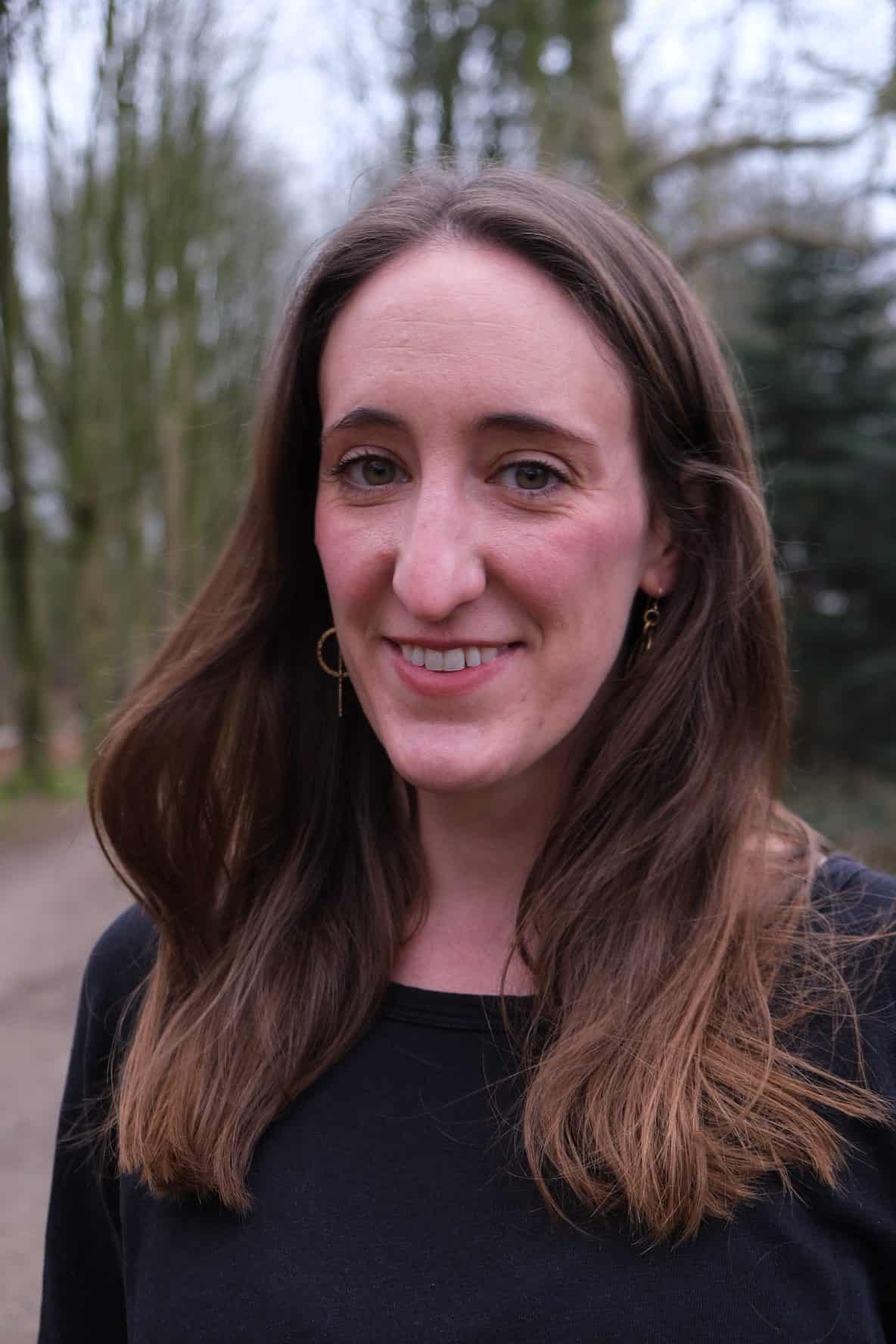 Elizabeth Hewitt is a freelance journalist based in the Netherlands. She's interested in how policy-making impacts lives, and likes to write about local solutions to big problems.

“I call it a ‘do-what-you-can day’ — stay at home, take it easy, cancel all your appointments, or come in and work as usual.”

Government ‘Ministries of Loneliness’ Bridge the Gaps of Social Distance

Where isolation is an official policy, alleviating it is becoming one, too.