For Romina Mayer, there was no question that she had to buy the KlimaTicket (the “Climate Ticket”) when it launched. For just €1095 per year, it gives her unlimited access to every form of public transportation in her country of Austria: All buses, undergrounds, trams and local, regional and national trains — private and public. “I bought it immediately,” said the 57-year-old musician and music teacher from Vienna.

She was even able to get in at the early bird rate of €949 (€1 is about USD$1.14), amounting to a 30 percent drop from her transportation budget the previous year. Since then, her mobility behavior has changed a lot. “I think less about where I’m going and how much it costs, so I sometimes get to places I’ve never been before,” she said. Hiking in Brand-Laaben, for example, a community in the so-called Mostviertel region of Lower Austria. “Only the bus goes there, and it’s usually very expensive.” She also uses the KlimaTicket professionally, traveling to Graz and Salzburg for rehearsals and performances. “It’s a great relief because these performances are usually not well paid.”

The KlimaTicket was introduced in late October 2021. Selling 134,000 tickets in the first two months, it shattered the government’s first-year target by over 30 percent before 2022 had even begun. Queues formed in front of the ticket counters in the country of nine million. Even the initiators were surprised. “The KlimaTicket is a revolution in public transport,” says Leonor Gewässler, Green Federal Minister for Climate Protection, Environment, Energy, Mobility, Innovation and Technology. “This has more than exceeded our expectations.”

There’s a question on everyone’s mind, though: will the KlimaTicket live up to its name and actually make a dent in the country’s carbon footprint? It turns out, this might be a trickier question than it seems.

The Austrian government’s mobility master plan lays out a goal to make mobility in the country climate-neutral by 2040. To achieve this modeling shows that, in addition to their electrification strategy, they need a reduction of almost 20 percent in the share of private motorized transport and an increase in public transport usage by a third.

The KlimaTicket was launched with the intention of contributing to that switch. Whether it will work remains a question.

The role that an inexpensive and simplified tariff system can play in promoting public transport within cities has been proven in Austrian already. In Salzburg, the number of transit users has multiplied since the introduction of a low-cost annual travel pass. In 2012, Vienna introduced an annual transit ticket for public transport in the entire city area at the low cost of €412. Last year 800,000 users bought it — more than 40 percent of the capital’s population and more than the number of car owners in the city. Romina Mayer was one of them. “Driving in Vienna is madness,” she says.

Now the annual ticket for Vienna is included in the KlimaTicket, though it’s still available separately for those who aren’t KlimaTicket holders.

Sebastian Kummer doubts that this evidence from urban transit will translate into lower rates of car ownership and usership throughout the country. “The difference between the cost of a car and the cost of using public transport was already very large,” says the Head of the Institute of Transport and Logistics at the Vienna University of Economics and Business Administration.

In very few cases are economic considerations the real reason for using a car. Travel times and convenience are much more important. “In this respect, the incentive to switch from car to public transport through the KlimaTicket is minimal,” he says. While it does simplify access to public transport and make it more affordable, it is mainly used by people who already use transit anyway. In fact, the ticket encourages those users to ride the systems even more often, he says, without contributing more money to it. This, he argues, actually puts a strain on a system that is already working at high capacity and lacks the money to expand its services.

In the case of the KlimaTicket, that extra money is coming from the state. It is financed partially through its sale, and a subsidy of nearly €150 million per year from the federal government. The government is also supporting the introduction of regional KlimaTickets within the states with €100 million annually. The Ministry of the Environment refers to a “record budget” of more than €18.2 billion over the next six years for the expansion of rail infrastructure and another €1 billion for trains and wagons. It has also commissioned an accompanying study on the KlimaTicket to provide insight into user behavior and ecological impact.

While it is still too early for results in Austria, Switzerland provides some insight. The neighboring alpine country has been offering their yearly pass, the General Abonnement, since 1898. A good three decades ago, the entire country’s public transport system was integrated into the ticket, including the ferries. Today, for €3650 (a number reflective of the high incomes and cost of living in Switzerland but that many still argue is overly subsidized), users have access to a network of 23,500 kilometres, more than half the circumference of the earth, in a country half the size of South Carolina.

In 2019 half a million Swiss bought the General Abonnement — a high number in a country with a population of 8.6 million. The Swiss make 40 percent of all journeys on public transport, compared to just 10 percent in Germany and Austria. The key? In addition to the simple fare system, the country offers a high frequency and very good accessibility by public transport. Trains run between cities every hour, for example. In remote villages, one can call a bus when they want to travel.

“This is a key prerequisite for the success of a transport transformation,” says Andreas Knie, a traffic expert at the Technical University of Berlin and the Berlin Social Science Center. The advantages of the private car are enormous, simply because of the door-to-door transport.

Even free transit isn’t enough to convince many to leave their cars behind. The tiny nation of Luxembourg, which is equipped with an excellent network, recently introduced free transportation. It is too early to know the results in Luxembourg, but a simulated study by the Technical University of Dortmund has shown that it will not substantially curb car use or emissions. The upshot? In order to convince people to make a switch to public transit, driving a car must become more difficult and more expensive, accompanied by significant improvements in the offerings of public transit.

Nevertheless, Knie considers the Austrian KlimaTicket positive, and not without potential impact: “Ten to fifteen percent of car drivers are sensitive to a change, and you can give them a push in the right direction with such an offer.” However, public transport is also facing new challenges, he says. More and more people work at least temporarily in a home office. They need a simple and flexible, pay-as-you-ride fare system rather than an annual ticket.

Until then, the primary winners of the KlimaTicket will remain users like Mayer, and people like Robert Püringer, a 39-year-old producer at a scientific book publishing house. Püringer lives in Unterötzbach, in the Austrian countryside near the Czech border. In non-pandemic times, the father of two commutes to Vienna every weekday. The journey takes one hour and 15 minutes each way. “I use the way there to sleep, and the way back to read, chat or watch films,” he says with a laugh. So far he has travelled with an annual ticket which, at €2032 was considerably more expensive than the KlimaTicket.

Of course, Püringer also immediately bought the KlimaTicket, even though he does not use the local transport in Vienna because he walks from the main station to the publishing house. Among his friends and acquaintances in the countryside, however, he is the only one. The current public transport connections there are far too poor for most journeys to be made without a car. “For me the KlimaTicket means, apart from the ecological advantages, above all a relief of our family budget,” he says. As a reward for choosing the ecological option, that might not be such a bad thing.

Learn more about the nuances and regional adaptations on the KlimaTicket website. 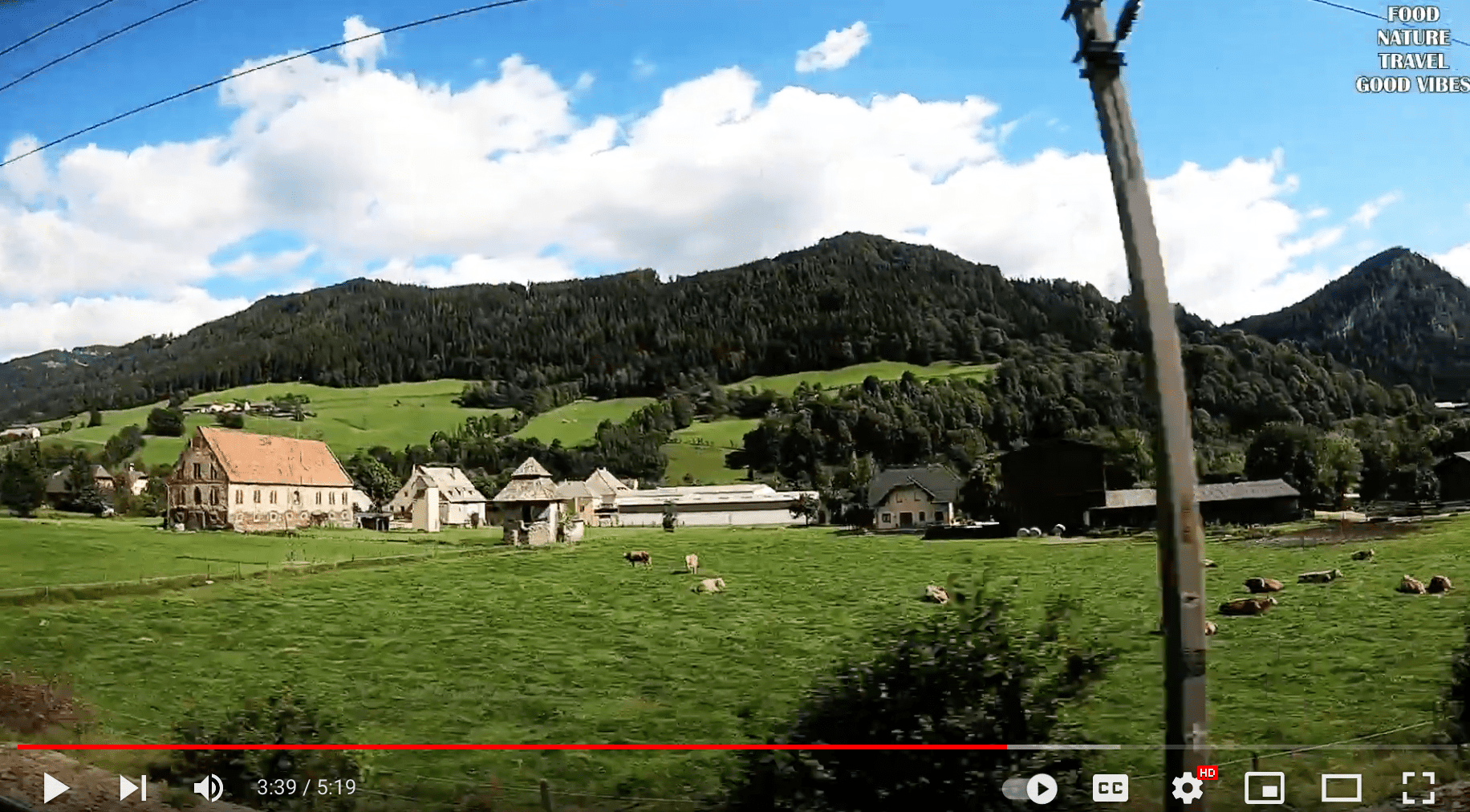 While working on this story our editors got weirdly obsessed with hypnotic travel videos of train rides through the Austrian countryside. Watch one of them.

Klaus Sieg writes about agriculture and food, the environment, energy, the economy and social issues. He is based in Hamburg.

Washington, D.C. Turns a Parking Subsidy into a Transit Perk

The city is giving non-car commuters a tax exemption normally meant for drivers.