June is Black Music Month. This year, embracing the spirit of Juneteenth, our friends and collaborators at WURD Radio are celebrating Songs of Freedom. All month long, they’re spotlighting music about Black liberation. Located in Philadelphia, WURD Radio is Pennsylvania’s only Black-owned talk radio station.

To kick off Black Music Month, WURD Radio host Tiffany Bacon interviewed musicologist, pianist, composer and University of Pennsylvania professor, Dr. Guthrie Ramsey, to get his take on the history of “Freedom Music” and its impact on Black culture and community.

The following is a much-shortened version of this beautiful interview. We encourage you to listen to the embedded interview in full, and to take a tour of Freedom Music through the ages by listening to a groovy series of musical vignettes, produced by WURD.

Reasons to be Cheerful is proud to partner with WURD to bring this content to you. WURD is a founding member of URL, a network of high-performing Black and Brown media outlets. Read them. Hear Them. Follow them. Support them.

Q: Can you give us a synopsis of the importance and the necessity of music in our culture and in our journey in America?

A: Well, first of all, something we need to understand is that music making and the creation of this thing called “African-American music” was one of the first activities that we as a people participated in and that united the different African cultures that comprised our different traditions.

I'll Take You There

I'll Take You There

Secondly, it was one of the first expressions that made us hold onto the idea that we were more than human tools; that we were fully human. And in fact, many of the people who were abolitionists pointed to the profound music we had created here as a sign of humanity and one of the reasons they argued that we were not to remain enslaved.

Q: So when we talk about freedom music, what does that phrase mean to you and what artists come to mind to reflect that?

A: Well, the thing that I think about personally is that we have to move beyond the lyrics of a song to understand if something is denoting or connoting freedom to us.

[We always talk about] freedom songs that say “let my people go,” or, “mother, mother there’s so many of us dying,” you know, we want it to be this didactic idea that [mainly] the song lyrics say something about freedom. I like to push it a little further though, and say that we can think of music that we’ve made in this country [itself] as being symbolic of the search for many different kinds of freedoms. [Especially] in this quest for equality, that we’ve been on for the last 500 years.

It can even be as simple as artistic freedom when an artist decides to ignore doing what the record label wanted them to do, and to switch paths to show the audience the expansive musicianship that they actually have. Or when they choose to respond to things outside of the culture industry, which places value on how much things sell.

Freedom doesn't just have to be in the context of white supremacy. Freedom can be on as many levels as we want it to be. And our artists through the years have shown us that.

Hold On Change Is Coming

Hold On Change Is Coming

We’ve seen artists like Beyonce, for instance, making a stand about freedom and what she wants for her own life and the lives of her children. [Another example] is when Miles Davis said, you know what — I don’t want to keep playing that old, acoustic jazz that made me famous; I want to add electric instruments to my sound. His music was able to reach this whole new generation of listeners that were listening to him and thinking he was old and old school, but he was constantly trying to stay avant-garde.

In other words, freedom doesn’t just have to be in the context of white supremacy. Freedom can be on as many levels as we want it to be. And our artists through the years have shown us that.

I Wish I Knew How It Would Feel to Be Free

I Wish I Knew How It Would Feel to Be Free

Q: Now, you said freedom music is more than just the lyrics. Why do you think that many consumers of our music — both in our own communities and outside of our communities — have an issue when their favorite artists deviate from their norm seeking their own artistic freedom? Like when they are making a statement about what’s happening socially — why do people seem to have such an issue with that?

A: That’s a great question. In many ways it’s really not the listener’s or the consumer’s fault because we are conditioned by corporations to make strong identifications with things… In the music industry you have an institution that is built from its very foundation on the idea that, for instance, in this country, Black people and white people listen to different music.

We know that that is not the truth; that people were constantly cross-pollinating and cross-cultural conversations have always been going on in the United States. And there were just as many white people who listened to the blues in the 1920s as there were in the Black community.

The Sound of Philadelphia

The Sound of Philadelphia

So the short answer is that we are conditioned to think that we should have certain expectations based on the correlation between the color of one’s skin and the music that they make. That’s why it’s so hard for Black classical artists to break in because you’re somehow out of place. If you look the other way though, people like Justin Timberlake had no problem becoming a very high ranking and high selling R&B artist.

Q: So tell us about your album, A Spiritual Vibe and about your version of Wade in the Water.

A: The entire project was frankly my response to being diagnosed with cancer in May of 2019. [The doctors] laid out my plan and I knew what I had to do, the different kinds of treatments that I had to go through. And so I said, you know what? I know what my ancestors taught me. There’s going to be some healing music that would be needed, and that I would create my own sound, what I believed was going to heal me… And you talk about freedom, I just had my latest tests. I am cancer free.

There’s a lot to this freedom music, you know what I mean? It’s not always about white supremacy; it is about how we ourselves have learned to be us through our culture.

The above Q&A is just a small portion of a longer interview that took place on WURD Radio. Listen to the entire conversation below. 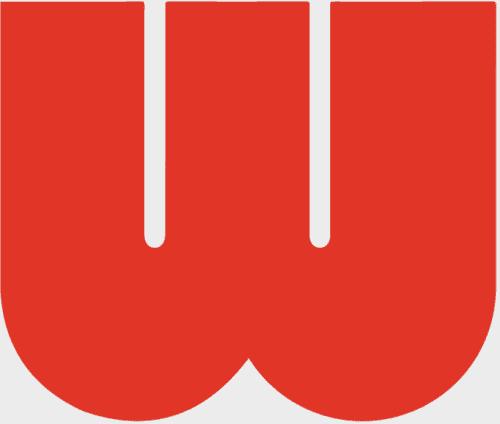 Located in Philadelphia, WURD Radio is Pennsylvania’s only Black-owned talk radio station. WURD is a founding member of URL Media, a network of high-performing Black and Brown media organizations.

Public health and church officials have turned the shots into a Sunday ritual.