Patients involved in violence may find a pink-shirted “Navigator” at their bedside, gently asking what led to the incident — and how they can help.

A 15-millimeter hole in his kidney is what it took to open Robbie’s eyes. Fifteen booze-fueled years of knife crime and gang violence had landed him here at one of Scotland’s largest hospitals, hemorrhaging from a stab wound in an emergency room he’d visited 16 times before. Something needed to change — the 26-year-old knew it, but he hadn’t a clue where to start.

And then, as Robbie recovered in the resuscitation unit, two curiously-clad men appeared by his bedside at Glasgow’s Royal Infirmary and changed his life forever.

Robbie was right — the two men weren’t there to talk him through treatment options or investigate a crime. They simply wanted to chat about Robbie’s life. As Navigators, that’s their job.

A central strand of Scotland’s violence reduction strategy, the Navigator program is like many other violence interruption schemes, with one key difference: Rather than engage people involved in violence well after the fact, it seeks to interrupt the cycle of brutality while wounds are still fresh, before the victim — or perpetrator — leaves the hospital.

“We can utilize that window of opportunity when people are more reflective about their situation, when they’re in hospital and more open to the idea of receiving help,” says Tam Begbie, the program’s national coordinator. 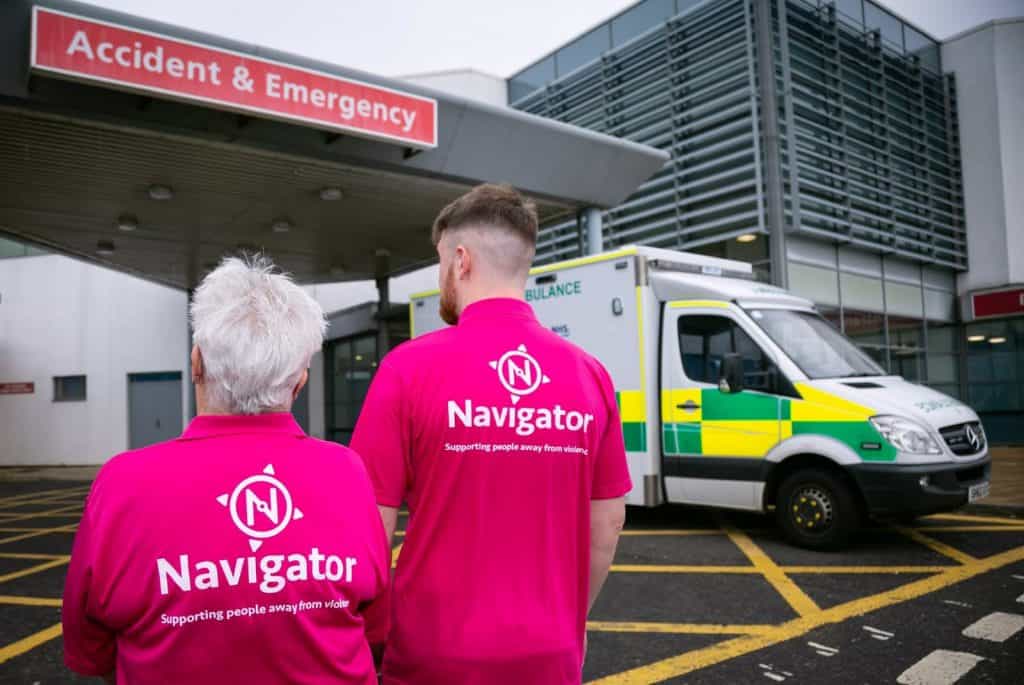 Working in hospitals across Scotland, the aim of Begbie’s team isn’t to reorientate a troubled individual’s life overnight, but to gently nudge them onto a more positive path, one that takes them away from addiction and aggression, and towards recovery. Since its inception in 2015, the scheme has helped more than 2,500 people find peace.

That Scotland needed fresh thinking on violence, there is little doubt. In 2005, a UN report declared Scotland the developed world’s most violent nation, while Glasgow, the country’s biggest city, was ignominiously dubbed the “murder capital of Europe” by World Health Organization officials.

Back then, more than 2,000 Scots were being attacked each and every week, putting immense strain on the country’s health care system. Inundated with cases, E.R. staff could cauterize wounds and reset bones, but addressing the underlying causes that led to these incidents was beyond their capacity.

“We’re good at providing medical care, but we’re not very good at preventing the reason that people have to come into us,” explains Dr. Sara Robinson, an emergency consultant at the Royal Infirmary of Edinburgh. “We’d see patients come in recurrently with the same problems, because we’re not actually tackling the root of those problems.”

Former gang member Robbie is all too familiar with this cycle. “I had enemies across Glasgow. I didn’t want to live the life I was living anymore,” he says. But he didn’t have the support that he needed to instigate real change. That’s where the Navigators came in.

The pair of pink-shirted men would, over the course of his recovery, pay Robbie numerous visits, each time discussing the choices that had landed him in hospital, and what social services were available to help him turn a corner: everything from housing assistance to employment leads to addiction treatment. “They gave me a lifeline, how to get out of the madness and the chaos that I had been living in,” he says.

Trust is a big part of what makes the Navigator program work. Traditional authority figures — police and even doctors — are often viewed with suspicion by people involved in violence, according to Dr. Robinson. Navigators, on the other hand, are seen as separate from the medical and law enforcement systems, and are therefore more likely to achieve meaningful engagement. For Michelle Fox, a Navigator based in Edinburgh, patience is key.

“We afford them the time to sit and chat and break it down, and just take as long as it needs,” she says. “At their time, at their pace, we try to build up a relationship and confidence with them.”

A shared lived experience goes a long way, too. “I tell them a wee bit about my own life, give them a wee bit of hope,” explains Kevin Welsh, another Edinburgh-based Navigator, whose history of PTSD helps him engage with patients suffering psychological trauma.

Not all of those approached by the Navigators are receptive, but most are. Across the seven hospitals where the scheme is operational, engagement rates range from 65 to 90 percent.

There’s evidence, too, that the approach can have a lasting impact. Among a hundred patients surveyed at the Royal Infirmary in Glasgow, those who accepted support had 23 percent fewer E.R. visits in the 12 months following their meeting with a Navigator versus the year prior, while those who refused help found themselves requiring medical attention 15 percent more often.

Key to this success is the work that goes on beyond hospital grounds. Navigators Fox and Welsh spend at least half of their time out in the community, offering ongoing support to those they meet on the wards.

In Robbie’s case, this continuing assistance proved pivotal. Fearful of revenge attacks by gang rivals, the Navigators helped him move his family to a different part of the city, allowing for a clean break from the violence. Likewise, desperate to overcome his addiction to booze, one of Robbie’s Navigators — who had struggled with binge drinking himself — introduced him to Alcoholics Anonymous and accompanied him to his first meeting.

In the coming months, this level of support will likely become more critical than ever. Like many countries, Scotland is headed for an unprecedented recession, sparking fears of mass unemployment and poverty. As economic hardship correlates with increased violence — deprivation doubles the likelihood of experiencing violent crime in Scotland, studies show — the Navigators expect to have their hands full.

They’re up to the challenge, and Robbie is living proof. Four years on from his brush with death, he remains sober, free of violence and gainfully employed.

“I had kind of just accepted that that would be my life, a lot of time in prison, or I would die at a young age,” he says. “The Navigators were the first point in my journey of transformation and change.”

We’re Closer Than We Realize

Inside the Student-Led Movement to Depolarize College 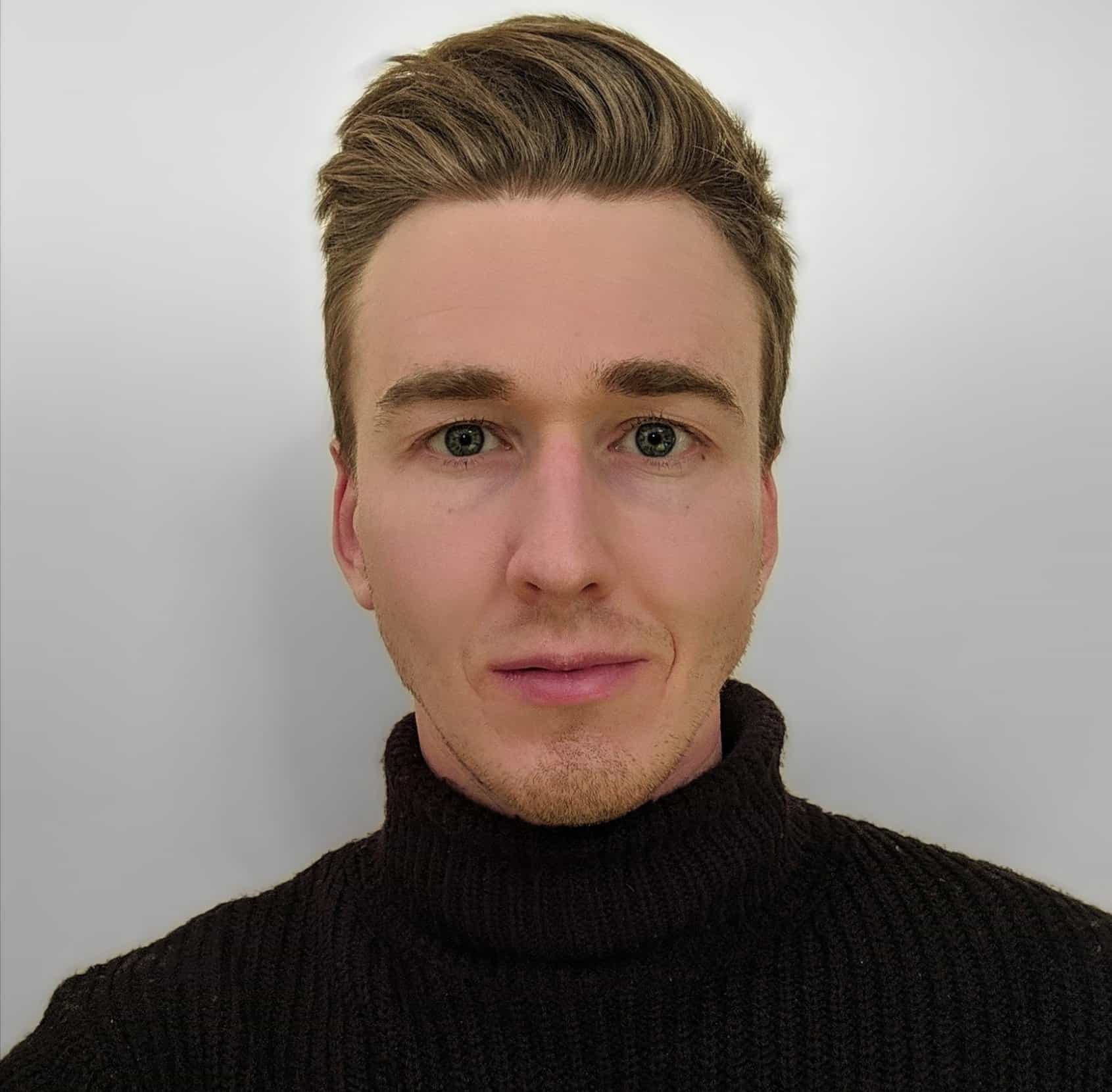