Clearing a Path from Prison to the Bar Exam

A movement to empower formerly incarcerated people to become lawyers is changing the criminal justice system from the inside out.

Last week, we brought you two stories about Juneteenth from our friends and collaborators at WURD Radio and URL Media. This week, we’re publishing content inspired by the work of another URL outlet, Scalawag, which publishes journalism in pursuit of a more liberated South. This year, Scalawag challenged media outlets to embrace Abolition Week by focusing on alternatives to the deep injustices of the prison system — something we at RTBC report on a lot.

Learn more about URL Media in the words of the founders here and here. If we had one wish this Juneteenth, it would be for every RTBC reader to follow and support them in their journey.

As a teenager, Phil Miller dreamt of becoming a CIA field officer — a spy, he says. But incarceration derailed that dream. It seemed to derail any future ones he’d have, too.

“I was arrested at 19. I was given a 20-year sentence,” says Miller. “I definitely thought my life was over. During those years, you hear you lost all your rights because of your conviction, and there’s a whole world of opportunities that are just closed off to you.”

The CIA off the table, Miller became a jailhouse lawyer — an incarcerated person who informally helps others challenge their convictions while in prison. It suited him: He had success winning appeals and sentence reductions from inside. Still, he assumed his own sentence had imploded his future, especially the idea of one day taking his law practice beyond the prison walls.

Miller wasn’t wrong to assume this: The National Inventory of Collateral Consequences of Conviction catalogues around 40,000 official restrictions limiting or excluding people with convictions from accessing employment, education and more in the United States. For aspiring lawyers with convictions, the pinnacle of their restriction manifests as the “character and fitness” portion of the Bar Exam, a labyrinthine mandatory background check that often excludes people with criminal records. That is to say, the bar to pass the Bar as someone with a record often feels almost impossibly high.

And yet, Miller might have been wrong about his own future. This year, he’s finishing his first year of law school at the City University of New York, deciding between a specialty in criminal or entertainment law. But, he says, he wouldn’t be where he is without support: at CUNY Law that came from the Formerly Incarcerated Law Students Advocacy Association (FILSAA). Today, a future that once seemed impossible is close within Miller’s grasp.

FILSAA is part of a growing movement of organizations working to change the overwhelming scrutiny that discourages — and often disqualifies — people with records from pursuing a law degree.

While other organizations work to tackle the barriers to the Bar on a political level, FILSAA works on a deceptively simple level, offering free LSAT training, mentorship and a needed supportive space at school for people with records.

Accustomed to hiding his past, Miller felt not just welcomed by FILSAA, but understood.

“It was like, ‘Oh wow, I can truly be myself among this group of people,’” he says.

Research backs up FILSAA’s model. Unlocking the Bar, a 2019 study from Stanford Law School, found “concerns about satisfying moral character requirements,” as well as a lack of resources for those with records to navigate the character and fitness assessment, and unequal employment opportunities that “deter interested individuals from applying to law school.” Because people of color are more likely to interact with the legal system, they also bear the disproportionate weight of the problem.

Elsewhere across the country, others doing similar work are also finding success, on both individual and political levels.

For Roland Acevedo, a solo attorney based in New York City, that means personally prepping people with convictions for the character and fitness process. Acevedo uses his experience having served time to guide others. He estimates he’s worked with around 50 prospective lawyers, “the vast majority” of whom passed the Bar.

While he understands people’s hesitation and agrees the character and fitness assessment is overly restrictive, he says passing is achievable by relying on a few key principles: candor, consistency and a “non-adversarial” approach that emphasizes growth.

Dr. James Binnall also mentors prospective lawyers with convictions and claims a nearly perfect success rate, too. Binnall is the co-executive director of the California System-Involved Bar Association, an industry group dedicated to getting more formerly incarcerated people into the legal profession. For him, progress has come through fostering community within the organization and moving the needle statewide.

Internally, CSIBA’s organization runs a listserv numbering around 200 participants. Those participants get advice and support from each other and CSIBA’s 40 organizational members. Externally, their statewide educational campaigns paired with the Unlock the Bar study have reached the California State Bar, resulting in changes including less adversarial character and fitness conferences for people with convictions, and more consideration of rehabilitation and treatment progress.

“The [California] Bar is now far more receptive to people with records as a general proposition being admitted,” Binnall summarized.

Acevedo says that, with preparation, direct experience can actually help prospective law students stand out in the application process and be an immeasurable benefit should they become lawyers.

“You have one thing other lawyers don’t have,” says Acevedo. “You have instant credibility with a lot of your clients. They understand you’ve taken the journey, and they appreciate the fact that you’ve basically overcome. You can’t un-ring the bell, so you might as well use it to your advantage.”

Because there is no public disclosure of convictions for prospective lawyers, it’s impossible to say with certainty whether industry representation has grown overall. And funding remains a huge obstacle. While support and community go a long way, many formerly incarcerated people remain restricted by the financial burden of law school.

“It’s really easy to say if you believe in yourself and work hard enough, anything is possible,” says FILSAA co-chair Colby Williams. “But, that’s just not the reality for some people.”

Still, FILSAA sees their model as simple and replicable. Virtually any law school could launch a similar concept. But Williams says it’s important to remember the purpose of the work and expertise at hand.

“I think early in the organization it was sort of a catch-all for people… who want to support disenfranchised people,” says Williams. “All that’s great, but it seems like when a formerly incarcerated person has an idea and the other members rally around them, we’ve made the largest strides.”

Phil Miller was one of them. He credits FILSAA with helping him to help others coming from similar situations.

“A lot of guys come out, they struggle, they stay in the same situation that led to their incarceration, and don’t really aspire to do much more. One of the reasons is because they don’t have the hope or the example that it can be done. That’s definitely the biggest value. Once you realize it’s a possibility, it really inspires and motivates you to achieve it.”

“I’m sure you hear this all the time,” said one email FILSAA received, “but it means everything to learn that there is a team of people at the school who understand the challenges we face as formerly incarcerated people on this journey. Learning about FILSAA has been a game changer.”

“Hope is a necessity. It’s like food and air but for whatever it is we call our spirits,” he says. “Finding out there’s something big that you’re able to do, you’re allowed to do, and that other people value you for, that can help you take yourself seriously.” 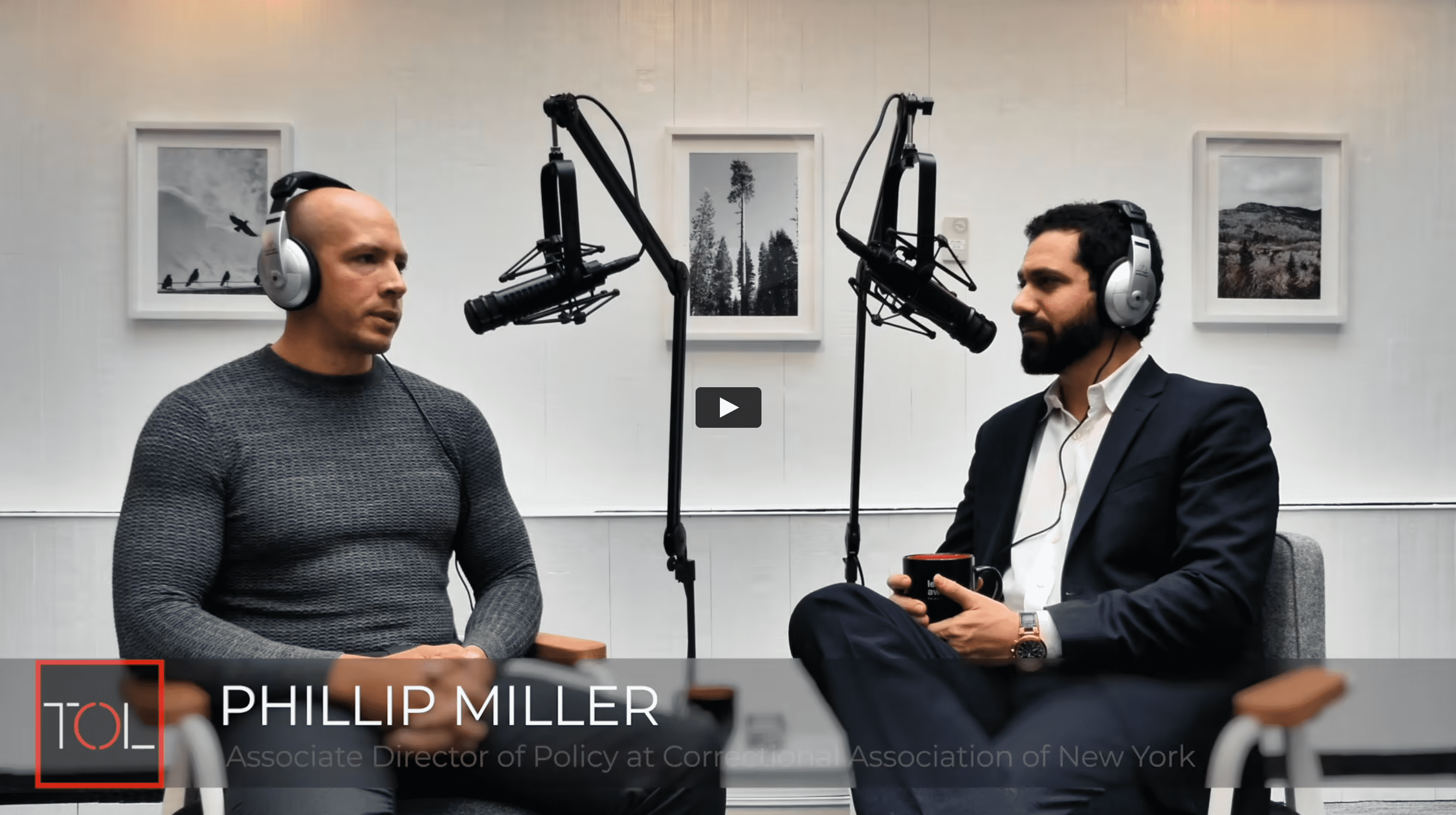 Watch an interview with Phil Miller about the critical role jailhouse lawyers play within the penal system.

From a New York City drug kingpin to an honors student convicted of carjacking: read the personal stories of lawyers who were once incarcerated.

Delve into the Stanford University study about expanding access to the legal profession. 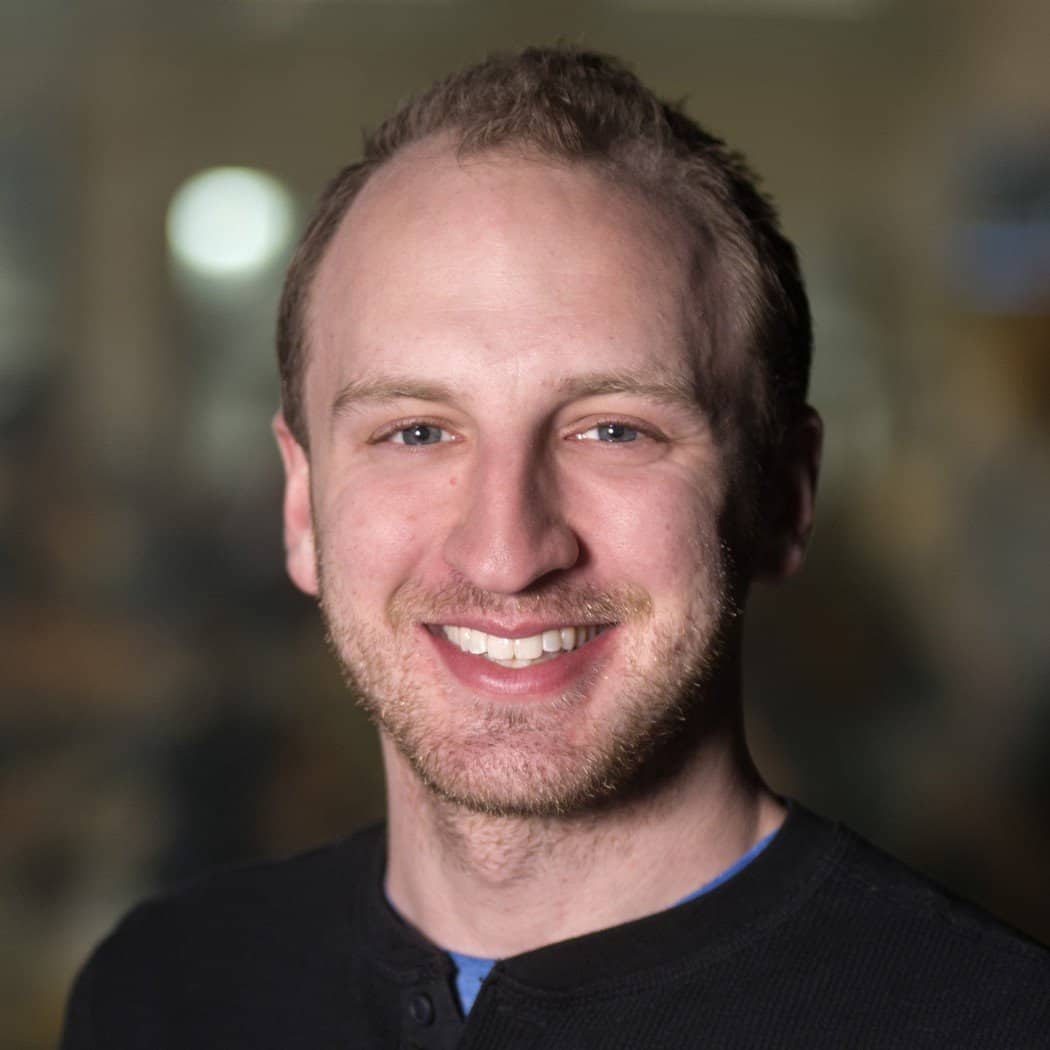 Allen Arthur is a NYC-based journalist working mainly with people who are or have been incarcerated. He's also the online engagement manager for the Solutions Journalism Network.

In this Connecticut Prison, the Guards Double as Mentors

What happens when incarcerated people see a correctional officer not as an overlord, but as someone who can help?