Residents in some of the most polluted cities in the world have been startled by an unfamiliar atmospheric phenomenon: blue skies. “I look at the sky quite often and enjoy its blueness from my balcony,” retired English professor Sudhir Kumar told the New York Times from his home in Delhi. “I don’t know how long this will last, but right now I feel much better.”

Across the world, coronavirus lockdowns, while severe in their human costs, are leading to ecological rejuvenation. Wild goats have been seen grazing in the deserted streets in a Welsh village. A kangaroo was spotted hopping through the streets of downtown Adelaide. In Hong Kong, a pair of pandas, relieved to finally have some privacy, conceived a baby.

The lockdowns are temporary, however. To preserve some of the gains the natural world has made in our absence, economies will need to reopen as far greener engines than before. This won’t happen everywhere — the U.S., for instance, is already using the crisis to roll back environmental protections. But in many other countries, the reboot could end up pushing forward the world’s green transition faster than before.

Late last year, this transition was already getting underway. The European Union announced in December a €1 trillion European Green Deal aimed at transforming almost all aspects of their economy. Described by European Commission President Ursula von der Leyen as “Europe’s man on the moon moment,” the EU’s 27 member states created a plan to achieve net carbon neutrality by 2050 by overhauling transportation, construction, agriculture and energy.

The coronavirus crisis could have derailed it. Instead, a growing number of European leaders, led by German Chancellor Angela Merkel, are calling for this plan to be accelerated as part of the economic recovery. “All politicians of all levels will be asked by their citizens…that we recover quickly from the Covid crisis,” said European Commission Vice President Frans Timmermans last month. “We can do it in two ways. We can repeat what we did before and throw a lot of money to the old economy, or we can be smart and combine this with the necessity to move to a green economy. I think this is a huge opportunity. In the European Union, we see the Green Deal as our growth strategy.”

That strategy may prove prescient. Last month, the International Energy Agency announced that the pandemic has radically reconfigured the world’s power production landscape. “The plunge in demand for nearly all major fuels is staggering, especially for coal, oil and gas. Only renewables are holding up,” said IEA Executive Director Fatih Birol. “The energy industry that emerges from this crisis will be significantly different from the one that came before.”

One country betting big on this future is Germany, Europe’s biggest economy. In a video summit on April 23, Chancellor Angela Merkel said recovery efforts “will not just be a question of carrying on as we did before the pandemic.”

“The goal is a green recovery,” emphasized the German environment ministry.

Merkel called for the EU’s coronavirus recovery fund to invest in “climate action,” an aim that has the support of Germany’s business community. Over 60 German companies — including iconic brands like Bayer, ThyssenKrupp and Puma — issued a joint statement calling for any stimulus they receive to be tied to a green transition.

“We appeal to the federal government to closely link economic policy measures to overcome both the climate crisis and the coronavirus crisis,” they wrote. Some have offered specific proposals. Salzgitter, one of Germany’s biggest steel manufacturers, is lobbying the government to seize this moment to transition steel production from coal-powered to hydrogen-fueled.

“The benefits of these green investments include improved air quality, population health and quality of life in cities. Successfully implementing this emergency plan will also give us greater legitimacy as active participants in the next European Green Deal,” read a statement from the Green Recovery Alliance, which includes the two largest insurance companies in Europe and several of the largest banks. “Let us use the present challenge we are facing together as an opportunity for us all to put the environment at the core of a collective rebound.”

Research co-authored by Nobel laureate Joseph Stiglitz and Nicholas Stern shows how going green in recovery can maximize the impact of any stimulus. The scholars interviewed 231 experts and examined over 700 stimulus plans since the 2008 economic meltdown, and found that investing in green projects will “create more jobs, deliver higher short-term returns per dollar spend and lead to increased long-term cost savings, by comparison with traditional fiscal stimulus…The Covid-19 crisis could mark a turning point in progress on climate change.”

Even more of an outlier was where this advice was coming from. “The folks that they were surveying were not environmentalists and even environmental economists. They were…government finance economists and central bank officials,” noted Kathryn Harrison, professor of political science at the University of British Columbia.

Even the International Monetary Fund — not always known for its forward-thinking approach to economic stimulus — is calling for recovery efforts to catalyze a green transition. “A ‘green recovery’ is our bridge to a more resilient future,” said IMF Managing Director Kristalina Georgieva last month, echoing a similar sentiment expressed by the Institutional Investor Group on Climate Change, which collectively manages nearly half of all capital investments in the world worth over $34 trillion. “As governments pursue efforts to recover from this economic downturn, they should not lose sight of the climate crisis,” warned the IGCC In a May 4 statement. “Governments should avoid the prioritization of risky, short-term emissions-intensive projects.”

Such projects are already looking like riskier bets. Collapsing demand pushed prices for West Texas crude below zero, Exxon suffered its first quarterly loss in three decades and Shell was forced to cut investor dividends for the first time since World War II. Meanwhile, the sun keeps shining and the wind keeps blowing. Danish windmill giant Ørsted reported a 33 percent increase in profits over this time last year. Abu Dhabi Power Corporation is moving forward with the largest solar installation in the world aided by plunging production costs in the sector. The two-gigawatt project will provide power for only $1.35 per KWh — less than half that of coal generation.

These tectonic technological shifts are driving public policy well beyond Europe. The ruling Democratic party in South Korea won a landslide re-election last month on its own Green New Deal platform. The country now aims to reach zero carbon emissions by 2050, the first such pledge in East Asia.

The moves are being driven by shifting public opinion among Korea’s politically active citizenry, as they are in cities around the world. Over half of the global population lives in cities with dangerously poor air quality. In the last few months, billions have been able to breathe fresh air, many for the first time. A recent study documented how air pollution caused 8.8 million premature deaths in 2015 and reduced overall life expectancy by almost three years — as much as tobacco and HIV combined. Some researchers believe improved air quality due to lockdowns may have saved more lives than the quarantine itself.

No wonder 96 mayors from around the world have stated their intention to emerge their cities from the pandemic cleaner and greener than before. “We, as leaders of major cities across the globe, are clear that our ambition should not be a return to ‘normal,’” wrote the C-40 Cities coalition in a statement. “Our goal is to build a better, more sustainable, more resilient and fairer society out of the recovery from the COVID-19 crisis.”

Representing over 700 million people and one-quarter of the global economy, these local leaders are now sharing ideas on how to pivot toward urban transformation. The easing of gridlock has allowed bold experiments that may persist after the lockdown. Milan has opened up 22 miles of streets for walking and cycling. The mayor of Paris dedicated 300 million euros ($325 million USD) towards expanding cycling lanes. Bogata is permanently closing 75 miles of streets to car traffic.

“There is now a hell of a lot of collaboration among very powerful politicians who do think a green economic recovery is absolutely essential,” said Mark Watts, the chief executive of C-40. “We are talking about collectively creating funds…which would then support electric vehicles, support rollout of cycle lanes [and] support retrofitting of buildings.”

Will the world be a greener place as a result of the pandemic? It’s too early to say for certain, and not all the news has been promising. In the U.S., the EPA suspended enforcement of environmental regulations, apparently at the request of the American Petroleum Institute. A $2.2 trillion aid package provided $500 billion in guaranteed loans to American businesses and $25 billion in grants to airlines, but zero funding to scale up renewable energy.

But the pandemic has dramatically shifted our perspective on what kind of future is possible — a shift that is clearly reaching those who are in a position to shape that future. In this respite from the daily din, we hear the promise of what might be. Due to disease, emerging technology and dumb luck, a greener future may come sooner than expected. 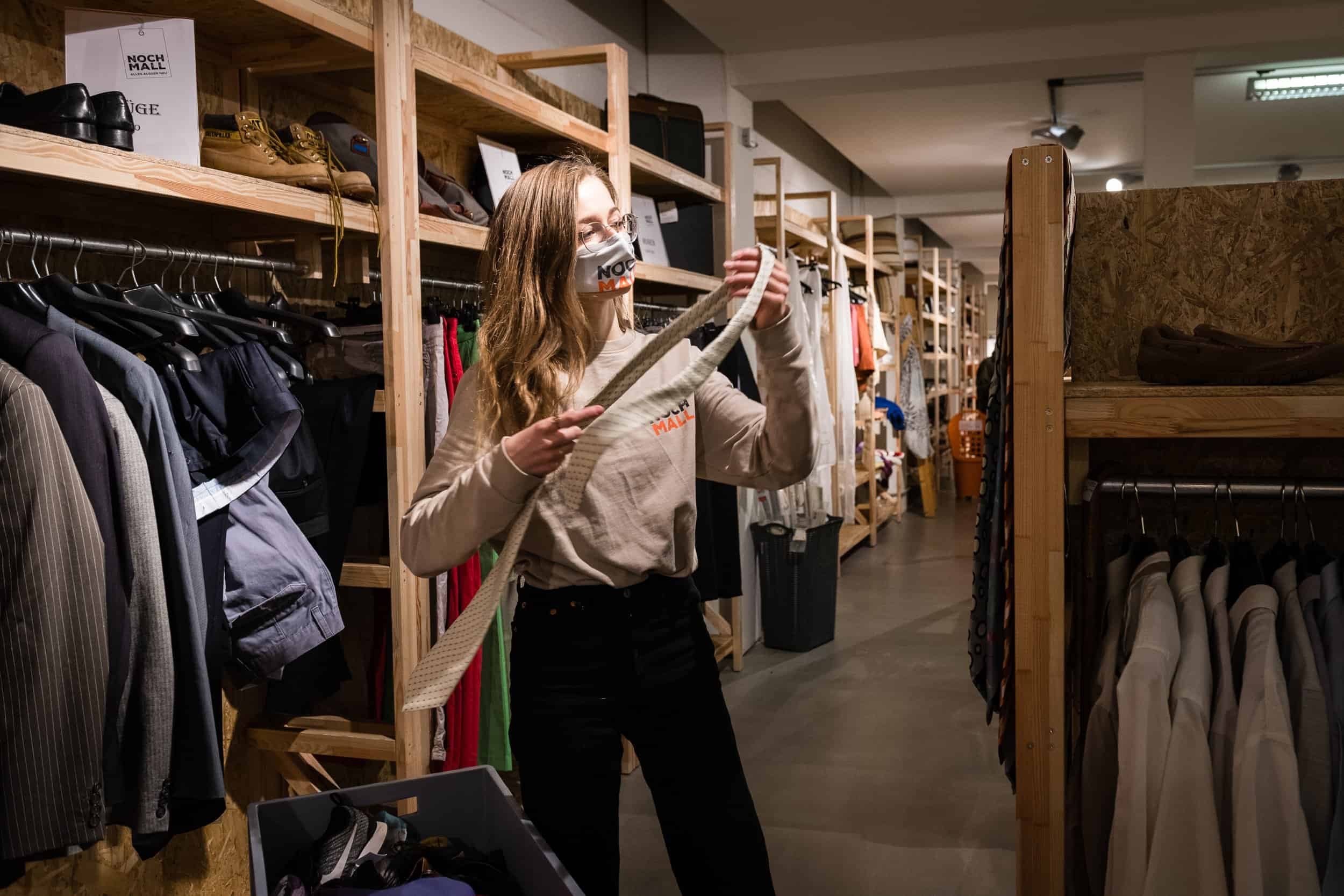 Mitch Anderson is a frequent contributor the The Tyee, a Vancouver-based online newspaper, writing about the environment, climate change and resource economics. His work has also appeared in Foreign Policy, The Guardian, Utne Reader and Desmog Blog.

In this week’s news briefing: renewable energy has an undisputed leader, and anti-violence outreach workers help their at-risk clients shelter in place.