In last week’s U.S. presidential election, voters in states across the country approved an array of ballot initiatives. Among them was Proposition 118, which guarantees residents of Colorado the right to three months of paid family leave. It’s a right that comes standard in Iceland, where it’s common for fathers to take several months off work when their kids are born.

This norm has had far reaching effects in Iceland — not just for men, but for Icelandic society as a whole, which enjoys some of the highest rates of gender equality in the world. In this excerpt from Solved! How Other Countries Have Cracked the World’s Biggest Problems and We Can Too, author Andrew Wear examines how paid parental leave for both moms and dads in Iceland has paid off.

“This is probably the most important time to bond with a kid. Why not take the chance to be with your child when they’re just becoming an individual?”

Sigurður Bragason is outlining his approach to parenting. Sigurður, who is Icelandic, and his Swiss wife, Dr Nicole Keller, have two young children: Felix, six, and Miriam, three. They are speaking to me via Skype from their kitchen in Iceland with their kids on — and off — their knees.

When each of their children was born, both parents took extended parental leave. Nicole returned to work six months after the birth of Felix and eleven months after the birth of Miriam, and each time Sigurður took six months. Both now work — Sigurður full-time as a graphic designer and Nicole four days per week at the Environment Agency. Sigurður explains how things work in their family. “We divide the parenting quite equally. It’s not like one of us is taking care of everything.”

In Iceland, it is normal for fathers to take extended parental leave, although six months is less typical. “Most men I know have taken three months,” says Nicole. As a consequence of this early time with their children, fathers tend to be extremely involved in parenting.

The Icelandic government provides each parent with three months of non-transferrable leave at 80 percent of their salary (up to a ceiling). This leave must be taken within 18 months of the child’s birth. Parents also have a joint right to an additional three months that can be used by one parent or divided between them. So Icelandic parents face a “use it or lose it” situation.

While the flexible component of parental leave is mostly used by mothers, about 80 percent of fathers take at least three months of paternity leave to care for their children as infants. Paid paternity leave is just one of a host of measures that have helped Iceland to address historical gender-based inequalities in the areas of education, health, employment and political representation.

With the world’s smallest gender gap, Iceland has topped the World Economic Forum’s Global Gender Gap Index for 11 years running, and The Economist ranks Iceland as the best place in the world to be a working woman. Iceland’s experience shows us that with organized and persistent community campaigning and a government prepared to legislate protest demands into practice, we can move much closer to a world in which the gender gap is eliminated.

A strike for women’s rights

Iceland has a long history as a seafaring nation, which meant the men were often at sea for extended periods. Women were farmers, hunters, or builders and managed the household finances. Like many maritime nations, Iceland’s ability to prosper was underpinned by its women.

In 1850, Iceland became the first country in the world to grant equal inheritance rights to men and women. The Icelandic Women’s Association was established in 1894, and the struggle for women’s suffrage grew to become a powerful movement.

Yet by the 1970s, Iceland was no longer leading the way on equality. Women earned at least 40 percent less than men, and there were just three female members of parliament, five percent of total parliamentarians.

The Red Stockings, a radical women’s movement, proposed action. Their plan to strike felt too confrontational for some citizens, but when the protest was renamed the Women’s Day Off, it achieved near-universal support, including backing from influential unions.

On October 24, 1975, 90 percent of Iceland’s female population went on strike, refusing to work, cook or look after children for the day, demonstrating the “indispensable work” women did for the nation’s economy. Schools, childcare centers and businesses were closed for the day. No newspapers were printed, as most typesetters were female. Flights were cancelled as flight attendants did not come to work.

Partly due to its history of feminist activism, Iceland now tops the world on measures of political empowerment. In the Global Gender Gap Index, no other country comes close. Iceland has closed 70 percent of the gap between men and women, while the second-ranked country, Norway, has closed only 60 percent. The United Kingdom (40 percent), Australia (23 percent) and the United States (16 percent) are a long way down the list.

In 2000, Iceland’s parental leave legislation came into effect, giving parents a total of nine months of leave, including three months for each parent. Both parents are entitled to this leave regardless of gender, custody arrangements, or size or shape of family. The full nine months can be allocated to one parent in special circumstances, such as serious illness or when one parent is serving a prison sentence. Since the law’s introduction, about 80 percent of fathers have taken paternity leave to care for their children as infants. In 2013, fathers took an average of 87 days of leave after the birth of their child.

Take a moment to reflect on what this means. Almost every male truck driver, lawyer or construction worker spends months out of the workplace to care for their child while their partner returns to work. Picture these men en masse, pushing prams at the playground or changing nappies at home. Think about what this means for how their families function.

Fathers’ participation in caregiving is essential to ensure that mothers can remain and advance in the workforce. Research into Icelandic paternity leave arrangements has shown that it has led to greater involvement of fathers in child-rearing and women returning to work faster — and returning to their pre-childbirth hours faster too. Furthermore, parenting behavior established at childbirth tends to persist as children age.

This in turn shapes children’s experience of gender, says Frida Rós Valdimarsdóttir, chair of the Icelandic Women’s Rights Association. “Those measures are so important. You can see changes in the society.”

Discussion in Iceland has been focused on extending paid parental leave still further. In 2019, the Icelandic parliament enacted legislation to extend paid parental leave to an impressive 12 months. From 2020, each parent will be given five months of leave, with the remaining two months to share between them.

Returning to work after having children is made easier in Iceland by a workplace culture that supports flexible approaches to parenting. “Our work supports parenting,” Sigurður says. “If I tell people I need to take care of a sick child, or I need to go to the kindergarten because there’s a festival there, they’re super supportive. They just say, ‘Yes, go for it.’”

Government in Iceland plays a critical role in supporting parents through heavily subsidized childcare. In Reykjavík, a married couple would typically pay about US$215 per month for eight hours of childcare a day (that includes food), while a single parent would only pay US$145.45

Access to affordable childcare is fundamental to achieving gender equality as it helps parents return to work when children are young. In a survey of 23 OECD countries, more-accessible childcare was the most commonly cited way of removing barriers to female workforce participation.

Perhaps due to these measures, Icelandic women participate in the workforce at almost the same rate as men. The workforce participation rate is 86 percent for women and 92 percent for men. This rate for women is among the highest in the world, far higher than countries such as Australia (72 percent), Canada (74 percent), the United Kingdom (72 percent) or the United States (66 percent). Iceland has also managed to smash the stereotype of women in STEM careers. While women are underrepresented in STEM careers globally, in Iceland men are now a minority in these disciplines — some 56 percent of “professional and technical workers” are now women, the highest rate in the world.

It’s clear that gender equality at work is only possible if there is also equality at home. Given the huge share of unpaid domestic work that women have historically undertaken, equal pay and greater female workforce participation is unlikely to be possible unless men spend more time at home. Hence, Iceland — through a comprehensive and well-planned paid paternity leave scheme — has intervened to encourage fathers to establish a new relationship between work and parenting.

It’s important that they do. The evidence suggests that children of highly involved fathers develop better cognitive abilities, perform better at school, are more resilient and have enhanced social relations. Positive co-parenting relationships also provide a model of the types of skills that children can use in their own relationships. Mothers benefit from highly involved fathers too. While extended paternity leave allows women to return to work more quickly, involved fathers also lead to mothers experiencing a greater sense of wellbeing and lower rates of post-natal depression.

Reflecting on their experience of parenting in Iceland, Sigurður and Nicole both emphasize the importance of early connections.

“Children are developing most in the early years of life, and being able to connect during that time is priceless,” says Sigurður. “I hope more fathers will have a chance to build a strong relationship with their children.” 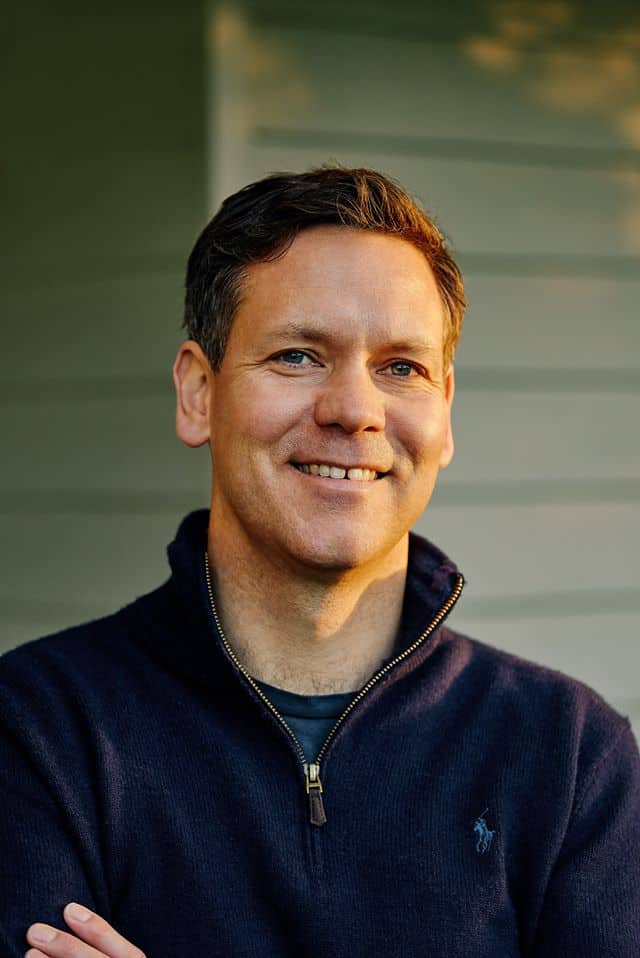 Andrew Wear is a senior Australian civil servant and author. His next book, Recovery, will be published in 2021.

The Perks of Roommates With a 50-Year Age Difference

Intergenerational homesharing has taken off. The pandemic has complicated the calculus, but some say it’s more vital than ever.

The devices could help close the language gap between kids from wealthy and low-income families.