In the summer of 2011, the city of San Francisco rolled out a pilot program to adjust parking rates in real-time based on the number of spots available. Called SFpark, the program, which was implemented citywide last year, installed sensors on a portion of the roughly 28,000 metered parking spaces and 12,000 garage spaces owned by the city.

The sensors fed data back to a central server which measured demand for parking within a particular sector and adjusted meter and garage prices automatically. “You know, when you’re driving around looking for a parking space and you’re double parking… you’re dumb,” said the mayor at a press conference launching the pilot. “We want to be less dumb about this.”

But many drivers suspected less dumb was simply code for more expensive. “Saying we’re going to adjust prices up or down based on demand just sounded like a fancy way of the city saying we’re raising parking rates,” says Hank Willson, a project manager at the San Francisco Municipal Transportation Agency who helped run the system. Socially conscious residents of America’s most liberal city feared surging parking prices would hit lower-income people hardest, turning driving into a pricey privilege reserved only for those who could afford it.

But that’s not what happened. Parking rates did surge in the business district downtown, approaching $8 per hour at times. In most other areas, however, prices fell. “What actually happened is that overall average parking rates went down over the course of the pilot,” Willson says—by 11 cents per hour on the street and 42 cents per hour in lots and garages. In effect, drivers in the city’s corporate center were subsidizing parking in other neighborhoods. “It was a bit of a man-bites-dog story.”

Cities have long charged residents for utilizing urban amenities and services—parking, transit, garbage pickup—often with a fee that stays the same no matter what. Now, though, cities like San Francisco are replacing those flat rates with dynamic fee structures that recalculate based on demand. The goal is twofold: to combat overuse of finite resources, and to account for the “true costs” of urban activity.

With these charges, however, comes concern that such fees could unfairly penalize the poor. But San Francisco’s experiment showed that doesn’t have to be the case. The city successfully implemented a “pay for what you get” system that promoted equity. Now a standardized program in the city, the demand-responsive parking system has shown that smarter ways of controlling prices can lead to lower average rates.

In the process, revenue from the SFPark program is circulated back into public transit services, making driving—and parking—less necessary, and improving transportation modes that benefit everyone, particularly the roughly one-third of San Franciscans who don’t own a car. SFPark’s pilot program increased revenues for SFMTA by $1.9 million per year, most of which went to MUNI, the local transit system.

Despite successes like these, “pay for what you get” pricing models are sometimes construed as inequitable. Congestion pricing—a fee charged to drivers for entering busy urban areas—is front and center of this debate. “Equity is, I would say, one of the very first things that come up when congestion pricing is mentioned, and usually in the context of, oh it wouldn’t be fair to poor people,” says Martha Roskowski, principal of Further Strategies, a mobility consultancy.

London, Stockholm and Singapore have implemented such charges, and a growing number of other cities are considering their own. As they do, Roskowski hears the equity argument time and time again. “You know, the reality is that our current transportation funding system is not equitable at all.” Most transportation funding, she notes, comes from sales taxes and gas taxes, which hit poor people harder by imposing the same charge on everyone. And though she says practices are slowly changing, much of the revenue raised this way ends up feeding back into car-centric transportation rather than mass transit, bike lanes and pedestrian infrastructure.

“So when you look at it through that frame, implementing congestion pricing and using the revenue to improve transit and other alternatives is at its core a strategy to address some of the inequities in our current transportation system,” she says.

The most commonly measurable equity impacts of congestion charges have been improvements in public transit systems. In London, for example, the congestion pricing system generated about £1.7 billion (USD $2 billion) in net revenue between 2003 and 2017. According to Transport for London, £1.3 billion (USD $1.6 billion) of that revenue has been spent on improvements to the city’s bus network. In Milan, where a congestion charge was first implemented in 2008, average speeds on public transit increased by 11.8 percent between 2011 and 2012, according to a study from Milan’s Bocconi University.

Even though these pricing models have proven themselves to be equity boosters, such fee structures continues to rankle communities—at least when they’re first proposed. That’s why Roskowski says almost all of the cities considering congestion charges are increasingly mapping and modeling their proposals to understand who these charges would impact. Though still in concept phases, she says research is exploring ways that charges can be varied by the time of day, the type of vehicle, even the income-level of the driver.

These more flexible systems can be applied in a variety of contexts. A team of researchers at MIT recently conducted a study of how discounted transit fares would affect low-income transit users in the Boston area. By giving households in the federal Supplemental Nutrition Assistance Program (SNAP) program a half-price discount on public buses and trains, they saw that those households used the transit system 30 percent more often without significantly affecting peak travel time crowding.

Putting a price on urban services, and using technology to ensure those prices reflect their true cost and value, will likely become more common. Roskowski says such charges will eventually be seen as normal. “If you look at all sorts of things that people pay for, there is variable pricing based on demand and people are totally okay with that,” she says, pointing to airline and theater tickets. “They may not love it, but they accept that this is the way that it is.”

As these charges become normalized, so will their equity impacts. For Willson in San Francisco, that represents a powerful shift in the way the city functions for its residents. “It’s a really effective and, I think, sort of noble way to say these are revenues that we are making off disproportionately higher-income folks, and we’re going to use the excess revenues to benefit disproportionately low-income people.” 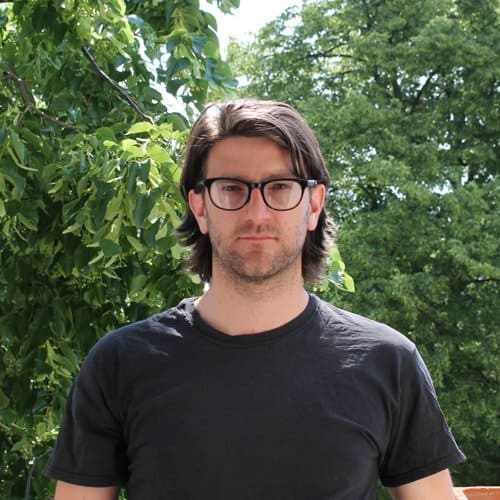 Nate Berg is a freelance journalist covering cities, design, technology and the environment. He lives in Berlin.