The decade-long proliferation of art and architecture biennials should make any conscientious traveler ask oneself, “Wow, what’s my carbon footprint as I traverse the globe to digest all this content?” From the comfort of home, no fossil fuels required, I virtually stumbled upon an exhibition whose specificity is to be admired: Bicycle Architecture Biennale (BAB).

Biennials are not known for their coherence, but the folks who organized this one (they go by the moniker BYCS and are a multi-pronged social enterprise based in Amsterdam, of course) have kept theirs laser-focused on built-environment solutions for cycling. Advocacy for cycling is often a mismatched marriage of policy wonks and community activists. But by cleverly framing their collection of concepts as a “biennale,” BYCS has managed to attract the interest of both—plus major engineering and architecture firms, as well as Dutch members of Congress.

BYCS describes itself as a collective of Bicycle Futurists, perhaps an homage to the early 20th century art movement Futurism, which valued constant motion and progress. And in its pursuit of progress, BYCS is not shy: 50 by 30. Fifty percent of all city trips will be by bike by 2030.

How all those cyclists will move about is the concern of BAB. This year’s biennial is only the second iteration and projects were selected from a global open call. Representing nine countries, the 15 chosen projects were organized into three themes: Routes, Connections and Destinations. All but four are built architecture, and there is none more impressive than the bike garage at Holland’s Utrecht Centraal railway station.

From Louis Kahn to Zaha Hadid to Herzog & deMueron, architects have always had a fetish for parking garages, which offer the opportunity to transform the banal into something extraordinary. Now, they can scratch that itch in a greener, more sustainable typology: the bicycle garage. Located under the city’s main transit hub, Utrecht’s bicycle garage is the world’s largest. Ector Hoogstad Architects is the Rotterdam studio responsible for this light-filled and fluid facility of concrete, steel and wood. It boasts three levels, digital wayfinding signage, one-way traffic, free parking for the first 24 hours, service points for repairs and parts, and most importantly, easy access to railway station platforms and buses. That the garage is constantly filled to capacity speaks to its success, and indicates that commuters are choosing cycling in combination with public transportation.

Projects like this have changed the very fabric of life in the Netherlands. When we think of that country, we have a perception that bicycles have always been part of its DNA. But that’s not the case. Homegrown activism catalyzed by an inordinate number of vehicle deaths in the 1970s transformed a nation once seduced by cars into one where almost half of all people commute by bike. Today, only 15 percent of the trips into Utrecht’s center are made by car. Car ownership is decreasing among the younger generation. Behaviors are changing.

Most encouragingly, this is a city that is designing its infrastructure first and foremost for the pedestrian and the cyclist. In some cases, it’s about material like red, low-friction tarmac, which provides cyclists a smoother ride as well as a color demarcation, implying that these roads for bikes are equal to streets for cars. In other instances, the city has rerouted cars to go around a canal while bicycle-only bridges cut across, making cycling the faster mode of travel. Most impressively, Utrecht’s historic city moat, which was converted in the 1970s into a 12-lane motorway, has since been returned to its original state of water, grass and trees hugged by bike lanes.

As Utrecht brings a holistic urbanist approach to integrating the bicycle into every aspect of the city’s infrastructure, how do we evaluate my second-favorite BAB project, Cycling through Water? Located in Limburg, Belgium, this popular and attractive weekend proposition is a pathway that cuts down into and across a large pond, putting water at eye level. Yet, I had a nagging feeling that this minimalist inverted cycle path by Lens°ass Architects is more rarefied folly than true solution.

I contacted Lee Feldman, a cofounder of BYCS, to lodge my concern. Can this kind of architecture really change recreational bikers into cycling commuters? Lee is patient and, like a good lawyer, he lays out his argument.

“As the earth warms, any activity that reduces our carbon emissions is a win,” he begins. (It is said that Dutch people cycle so much, it is equivalent to planting 54 million trees a year). In less than three years, 500,000 cyclists have experienced Cycling through Water. Engaging half a million riders on a sojourn of delight beyond function creates a new mindset. If the landscape can be transformed to encourage and reward usage, this, in theory, should result in more riders.

But the project had a more concrete impact, too. Its creation sped up the roll-out of a conservation plan for the forest and ponds surrounding it, resulting in improved water quality and an expanded amphibian habitat. This ripple effect makes a strong case for towns and cities to implement phased urban/rural planning. Often grand infrastructure schemes go by the wayside because there is too much to digest. Break them up into smaller morsels and focus on the sexy—a bike lane that glides through water whose success then begets environmental improvements for the entire ecosystem.

Lee cites three more recent initiatives: France by Bike, a comprehensive source for ecological tourism; a disused railroad track with tunnels repurposed for bikes along the Ligurian Sea in Northern Italy; and Shimanami Kaido, an expressway designed to include cyclists exploring the Japanese islands in the Seto Inland Sea. Lee contends that these pastoral journeys “encourage, either directly or indirectly, a divestment in cars, oil and gas.” As it turns out, Belgium and Japan crack the top-ten list of countries with the most bicycles per capita.

And then there is the money. How often have we been told that if we can link a do-gooder cause to good economics, we can move the needle? “When local or regional governments allocate resources and value cycling destinations, the overall effect is generating additional tourist dollars and making cycling more mainstream and desirable,” says Lee. Limburg, touted as a “Bicycle Paradise”—in connection with the Cycling through Water project, which is itself part of the Limburg Cycle Network—has seen a surge of tourism in the last decade. The best indicator for increased cycling is the steadily growing global market for bikes. In 2018, we spent $47 billion on bicycles and the forecast for 2025 is $75 billion.

Concurrently, if we lean into cycling as a recreational activity, we normalize bikes as an alternative to cars. Lee continues: “Let’s look at our work habits. We are obsessed with time optimization, flexible working hours, co-working spaces, re-localization of mom and pop shops, placemaking and urban planning geekdom. As individuals, we value health and fitness, new experiences, virtue signaling, self-branding, Instagrammable content and pop-up retail. When I examine these cultural trends, it all points to recreational riders becoming regular commuters.”

As the Bicycle Architecture Biennale embarks on its tour to Rome, Auckland and Santiago, you sense an oncoming shift. Having designed both bicycles and bike parks, Bjarke Ingels Group and Julien De Smedt (JDSA) lead the charge of a new generation of architects devoted to cycling and sustainable mobility. And these designers have a partner in crime, Bicycle Futurists. Their leader, Lee Feldman, offers, “Let’s stop calling projects like Cycling through Water follies, because I see them as very positive signals.”

This story is part of a collection called Changing Behavior: Stories about learning to grow in ways that benefit society. Read more here. 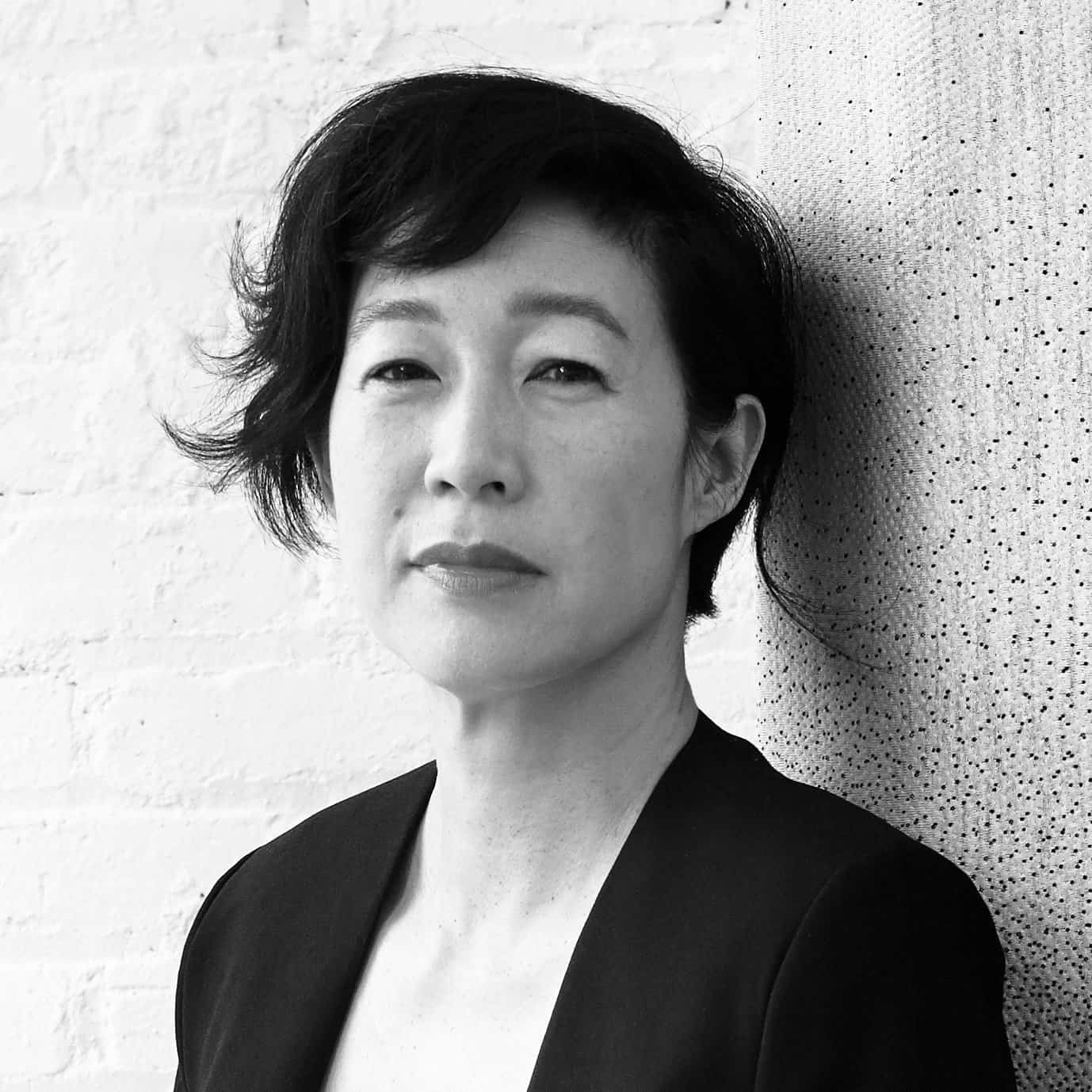 Karen Wong is the Deputy Director of the New Museum and cofounder of IdeasCity. She rides a foldable bike in Brooklyn.