Before it was shut down in 2013, Nanticoke Generating Station on the Canadian shore of Lake Erie was the largest coal-fired power plant in North America. Built in 1967, it produced nearly as much energy as all of Ontario’s natural gas power plants combined. It was also Canada’s single biggest emitter of greenhouse gases.

Today, Nanticoke is still pumping out energy — only now it’s generated from the sun. Last year, the site was reopened as a 260-acre solar farm. The conversion was driven by the provincial government, which began systematically phasing out coal plants in 2001, and by 2014 had become the first government on the continent to eliminate coal-generated electricity entirely.

That kind of political will is breathtaking — and rare. Due to a tangle of regulations, remediation costs and competing interests, decommissioned coal plants often crumble away on prime urban land for years. In the past decade, some 546 coal-fired power units in the U.S. have been closed or slated for retirement. A century of electricity generation is becoming obsolete. But what comes next for these sites is often far from clear.

In some cities, however, an alignment of cooperative funding, political will and public support is reinventing these sites as valuable urban amenities. From a Chicago charter school to a Massachusetts solar farm, the coal plants reborn for the 21st century contain inspiration for how other disused brownfield sites might find new life, as well.

After the dust settles

Coal-generated energy is increasingly unprofitable, a fact that has much to do with the plants that burn it. While wind and solar infrastructure is cost-effective to maintain, a 60-year-old power plant filled with aging machinery is often a money pit. (Plus, you don’t need trains to haul in the wind and the sun.)

“Each plant is like a house with a mortgage,” Eric Gimon, a senior fellow at San Francisco’s EnergyInnovation.org said in an interview last year, “and the owner of the mortgage needs to get paid.”

More and more, coal isn’t covering those bills, which incentivizes cities to convert them into other things: an apartment complex, a public park, a waterfront esplanade, a distribution center. But although these are centrally located spaces that would be snapped up under other circumstances, the costs associated with reclaiming them from their previous lives processing fossil fuels are high.

Who pays these costs varies from state to state. Some states require all costs to be passed down to the electricity rate payers, while others are more free market. None are simple. In most cases, the public is asked to chip in for remediation, which is often met with resistance from residents who say the plant operator should clean up their own mess.

Not surprisingly, the electricity generating companies rarely want to do this, which is why, in many cases, they simply do nothing — unless they start the teardown process or sell the plant to someone else, no cleanup is required. Some of them go so far as to keep their electrical substations on the property after the plant is closed, allowing them to claim the site is still being used for utility purposes.

About 50 miles north of Chicago, the 200-acre Waukegan Generating Station is a prime example. Over the years, it has been cited for numerous air and groundwater pollution violations. Many in the community have been working for years to close it, but they don’t want to pay for the cleanup.

“I don’t think the cost should fall on the taxpayers to pay off a corporate polluter,” says Dulce Ortiz of the green energy coalition Clean Power Lake County. “We’ve already sacrificed a lot. It’s time for us to get what we deserve, and that would be the use of that property. We can’t keep letting them walk away and leaving us to clean up their mess.”

Other plans to repurpose coal plants have run up against competing interests. Troy Hernandez has been working with local groups to find a new use for the Fisk Generation Station in Chicago. Closed in 2012, the plant sits vacant about three miles southwest of the Chicago Loop, on 60 acres with enviable access to the Chicago River. It has been there since 1903.

“It gets to be such a complicated issue,” says Hernandez. “The neighborhood wants to turn [Fisk] into a park, the city wanted it as a bus maintenance depot and some architects even came up with an office complex with a pier and boat docks.”

“But a major problem with any urban redevelopment is that they require the right players and the right opportunities and the right projects to all come together at once, and the uncertainty of the remediation is the dominant factor in holding things back,” he continues. “We need collaboration between the EPA and state and local governments, but that isn’t happening much these days. This has turned into a national environmental and economic issue for many parts of the country, but it isn’t being thought of on that level.”

In the absence of a nationally orchestrated program, local governments are working with businesses and advocates to push ahead, with some impressive results. Transforming a former coal plant into something useful — even beautiful — takes cooperative, long-term collaboration between multiple interests, and often, compromise from all sides.

Take the Homan Square Power House in Chicago, built in 1905 and decommissioned in 2004. This plant was originally part of Sears’s headquarters, which was so big it had its own power plant. In 1973, Sears moved into its famous skyscraper downtown, abandoning its old 55-acre campus. Recently, however, the entire complex has undergone a major redevelopment.

The power house itself underwent a $40 million conversion, and is now a 460-student charter high school called Power House High. The structure is LEED Platinum certified and contains what Curbed Chicago described as “heroic spaces [that] are ideal for a learning environment.” The mix of public and private funding funding has come from a variety of sources — community development grants, local and national educational foundations, the local park district, neighborhood business groups, even money set aside by Sears over time — and sparked new investment in the surrounding neighborhood.

A similarly diverse array of funding has given new life to the Ottawa Street Power Station in Lansing, Michigan. It closed in 1992 and sat vacant for 20 years until the insurance company AF Group redesigned it for their corporate headquarters. Contributing to the project were $12.6 million in tax abatements, $11 million in historic tax credits, $10 million in brownfields tax credits, $3.2 million in city investment for riverfront redesign, and $600,000 from the U.S. EPA for cleanup. All told, that public financing helped make the $182 million project possible, and the company moved in in 2011, retaining 600 employees and adding 500.

Other coal plants have found new life as commercial enterprises. The Tennessee Valley Authority, a huge hybrid federal agency that merges electricity generation with flood control and economic development in a seven-state region, decommissioned its Widows Creek coal-fired power plant in 2015. Now Google is building a data center on 360 acres that the plant once occupied.

Likewise with the Mt. Tom power station in Holyoke, Massachusetts, which is now a renewable energy facility with 17,000 solar panels. “It became inevitable that the coal plant would close at some point given the economics of the coal industry,” Holyoke Mayor Alex Morse told Fast Company. “The solar project was already sort of a community-agreed-upon value, a goal that everybody could get behind. And we got ahead of the curve, in that sense, when we started that plan even before the coal plant shut down.”

The jobs left behind

These examples of deep cooperation and multiple funding streams show what is possible, but there are limits to what can be done without support at the national level.

The coal-fired Navajo Generating Station, about 250 miles east of Las Vegas in Northern Arizona, was the largest power plant in the western U.S. until it closed last November. Built in the early 1970s, it leased its 1,786-acre site from the Navajo Nation and payed about $52 million per year in wages to 538 employees, 90 percent of whom were Navajo. The plant is now slated for teardown, but it hasn’t been made clear to the people affected what will come next for them, and the tricky business of repurposing coal plants has left their economic prospects uncertain.

“There’s a lot of transitioning happening,” said Arvin Trujillo, chief executive of Four Corners Economic Development group told the Associated Press. “We’re looking at, how do we take the challenges we have and begin to look at more positive aspects and how do we get the full region to begin to work together.”

Trujillo said some people are reluctant to move on from an industry that built the middle-class Navajo Nation. He also said the lack of clarity over what will come of the property is damaging to the psyche. “The biggest piece is that uncertainty,” Trujillo said. “People don’t know, and when they don’t know, they start to get scared and they don’t know how they’re going to take care of their families.”

Even the very environmental advocates who have fought for these closures admit that the U.S. needs the kind of top-level leadership that shut down Ontario’s Nanticoke power plant.

“If you look at the number of coal plants that have already closed, or are slated to close… the response has been just to say, ‘Well, thanks and sorry and good luck,'” said Natural Resources Defense Council’s Noah Long in an interview last month.  “And I don’t think that’s an appropriate response. I think we can do a lot better than that.​” 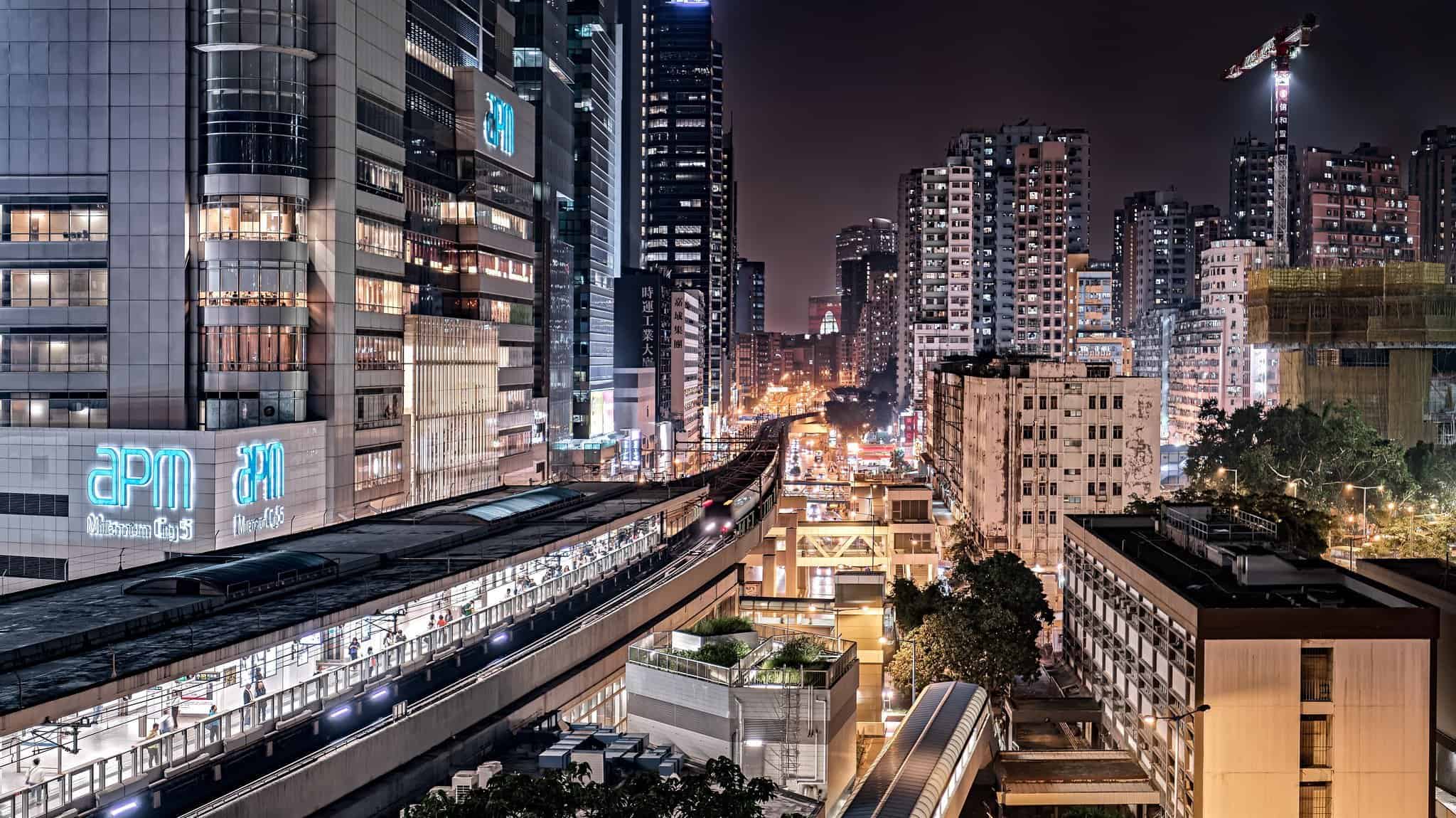