While communities often see large mental health facilities as a threat, one Kansas City neighborhood is discovering it can be an asset.

In the fall of 2019, Lauren Lucht was walking to the ribbon-cutting ceremony of the new Strawberry Hill mental and behavioral health center in Kansas City, Kansas, when a passing driver rolled down his window. “He started honking and then screamed, ‘Thank you for bringing the grocery store!’” she remembers with a laugh.

It’s not every day that Lucht, a mental health care professional, gets thanked for providing a new local food shop. But the project she shepherded into existence just over two years ago isn’t typical, either. As the executive director of mental and behavioral health for the University of Kansas Health System, Lucht oversaw the opening of the Strawberry Hill center, and has since witnessed the gradual reawakening of the long-neglected surrounding neighborhood.

The decision to locate the center in this particular spot was intentional. “It would have been less expensive to purchase land in a more rural area and build a psychiatric hospital there,” Lucht says, “but the partnership with the community was really the driving force here.”

This approach represents an emerging school of thought in mental health facility design. Until recently, many such facilities purposefully removed their patients from public life, sending them out into serene rural environments, or walling them off in fortress-like psychiatric hospitals. This arrangement, though isolating, was long thought to be best for both patients and society.

But new facilities like Strawberry Hill exhibit a new way of thinking, one in which mental health facilities are seen not as a risk or a burden to the surrounding community, but a potential boon, bringing with them the same social and economic benefits that any medical hospital would — while helping to destigmatize mental health care in the process.

For a long time, the neighborhood of Strawberry Hill has struggled with vacant lots, derelict buildings and street crime. The very building the new mental health facility is housed in, in fact, had been abandoned for years. Now, it’s bustling with hundreds of workers, and the neighborhood around it is slowly coming back to life. The new grocery store, opened in what was once a food desert, is a prime example.

“We know that a healthy diet is part of keeping ourselves healthy,” Lucht says. “My motto is: Mental health is health. And until we start thinking of mental health as being one component of our overall health care, we continue to silo things out in a very unhealthy way.”

A history of hiding away

The previous incarnation of the Strawberry Hill mental health center was a nondescript cinderblock building cloistered within the University of Kansas’s sprawling, difficult-to-navigate main campus. Lucht says the old space didn’t have the capacity for its growing demand for services, so she and her team began searching for a bigger location with a more expansive mission.

From about the 1850s into the early 1900s, not much middle ground existed in the care of people struggling with mental and behavioral issues. According to Stephanie Vito, a Buffalo-based architect at CannonDesign who was on the design team for the Strawberry Hill project, families either cared for the ailing or, if they were unable, the person would go to an asylum in the countryside. “The idea was that the patient will go there for, most likely, the rest of their life,” says Vito. “The landscape in the rural setting was really bucolic; they could do farming, they could ride horses — it was a different kind of model of treatment, with a different end goal.”

While the countryside was thought to be therapeutic, the remote location had the effect of “othering” those seeking psychiatric care, perpetuating their stigma and isolation. To this day, neighborhoods often oppose new mental health facilities, viewing them as a liability rather than an asset — a perception the Strawberry Hill center works to disprove. It is housed in a building that was formerly the offices of the Environmental Protection Agency, nestled in a community near homes, businesses and restaurants.

Clinical Manager Stacie Stoltz wants local residents to think of the campus as another business that’s part of their daily lives. She says discussions are underway to identify and provide more services those residents might need, like an easy-to-access urgent care.

“We want to be a one-stop shop for health, not just mental health,” Stoltz says. “We’re walking distance from the library and the grocery store, so we’re definitely like, you know, ‘Come to the library, come to our building for mental health,’ and, hopefully, someday, perhaps some physical health as well.”

The center is already providing knock-on benefits that go beyond the services it directly provides to the community. The most tangible is the creation of — and ability to fill — over 300 new jobs.

Lucht points out that, in a job market where hiring is already a challenge for many businesses, behavioral health centers are especially difficult to staff. Staffing shortages at two other state psychiatric hospitals, one in Larned and another in Osawatomie, are partially due to their undesirable locations, she says. Not so in Kansas City, where the talent pool is broader.

“We’ve been able to hire people from the community, which also pours money back into the community,” says Lucht. “And so there’s really a win-win there for keeping your patients, your employees and the revenue within your county and the community that you’re really partnering with to serve.”

Designed to be open and visible

As members of the community both staff the new facility and are served by it, the repurposed former office building also fosters a more open connection with the outside. Streams of light flow in through towering windows, illuminating a central atrium space that features living green walls and a view of the Kansas River and Kansas City, Missouri’s skyline.

“We took advantage of that central atrium, and we actually brought greenscape and nature and plants from the ground level all the way up vertically within the building,” says Vito. “So, it wasn’t just this kind of center strip, but it actually went three dimensionally.”

Many of the rooms have about a foot of glass around the ceiling so that light floods from one room to the next. Murals in the hallways depict the Kansas plains and the wetlands of the southeastern part of the state. These aren’t just ornamental touches — according to Lucht, more comfortable surroundings make patients more likely to stay the full length of their treatment.

Stoltz, who’s worked in mental and behavioral health for over 30 years, says those treatments are as forward-thinking as the facility’s central location. Each patient is assigned to a psychiatrist, mental health therapist and licensed case manager. Everyone also receives a variety of “expressive therapies” such as art, music and recreational therapy, as well as individual, group and family talk therapy. This is a dramatic change from just six years ago, Stoltz says. “The programming at the old facility was really heavily emphasizing medications and psychiatric treatment … with some support from the psychology groups that they were getting once a day.”

Strawberry Hill is part of a vanguard of mental health centers that attempt to soften the barriers between the facility and its surroundings. The Margaret and Charles Juravinski Centre for Integrated Healthcare in Hamilton, Ontario, was designed for its non-clinical spaces, like its swimming pool, auditorium and conference center, to be accessible to the public. Pilgrim Psychiatric Center on Long Island, New York, opened an on-site museum in 2002 where the public can learn about the facility’s history and current treatments.

So far, Strawberry Hill doesn’t have amenities that are open to the public, and Lucht and her colleagues know that if the campus was to truly integrate into the community, neighbors would need to be on board. Even plans to add more health services, the new grocery store and the economic benefits — what Lucht calls the center’s amazing trickle-down effect — were initially not enough for some anxious residents. But developing neighbors into stakeholders was important.

So, during the design work’s developmental stage, health system representatives like Lucht met with the Unified Government of Wyandotte County, neighborhood associations, the mayor, churches and local residents to talk about the project.

“They were a little bit nervous about a psychiatric hospital coming to town,” Lucht says. “That conjures up for people a lot of things that they’ve seen on TV that don’t depict the reality of what psychiatric healthcare in 2022 looks like.”

Lucht and her team talked to community members about the difference between a dangerous person and a person with a mental health condition. “They’re not interchangeable,” she says. She believes people are starting to understand that, and that more facilities like Strawberry Hill, which attempt to integrate into local communities rather than wall themselves off from them, will begin to emerge.

“We have now multiple generations that have grown up, that are growing up, thinking and knowing that it’s normal and okay to treat your mental health as importantly as your physical health,” Lucht says. “We’re raising generations of kids who understand that a broken heart is not any less real than a broken arm.” 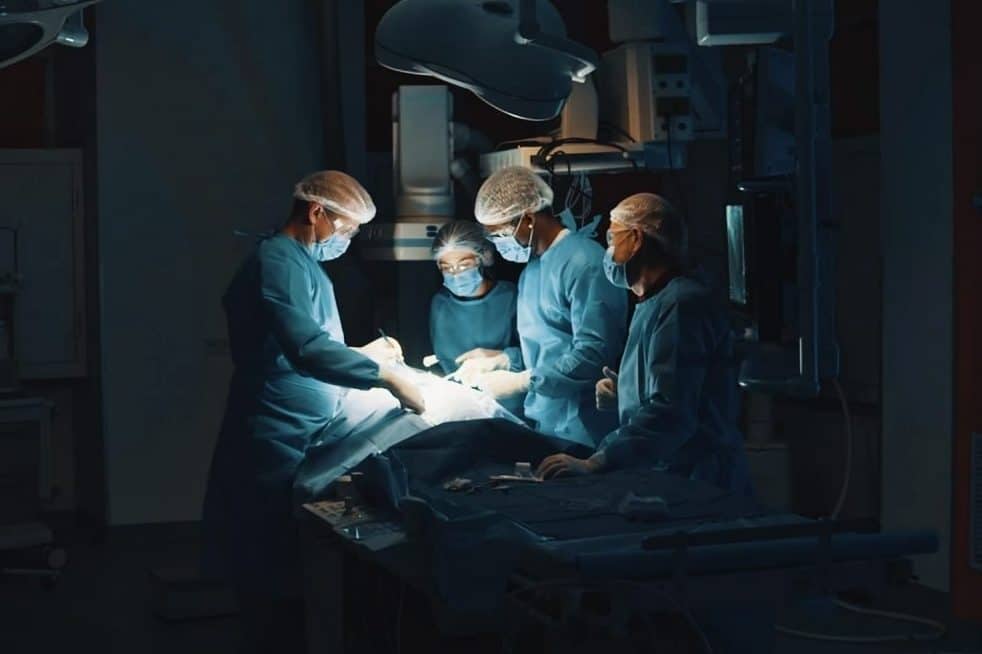 Read up on modern thinking in mental health center design from the American Institute of Architects. 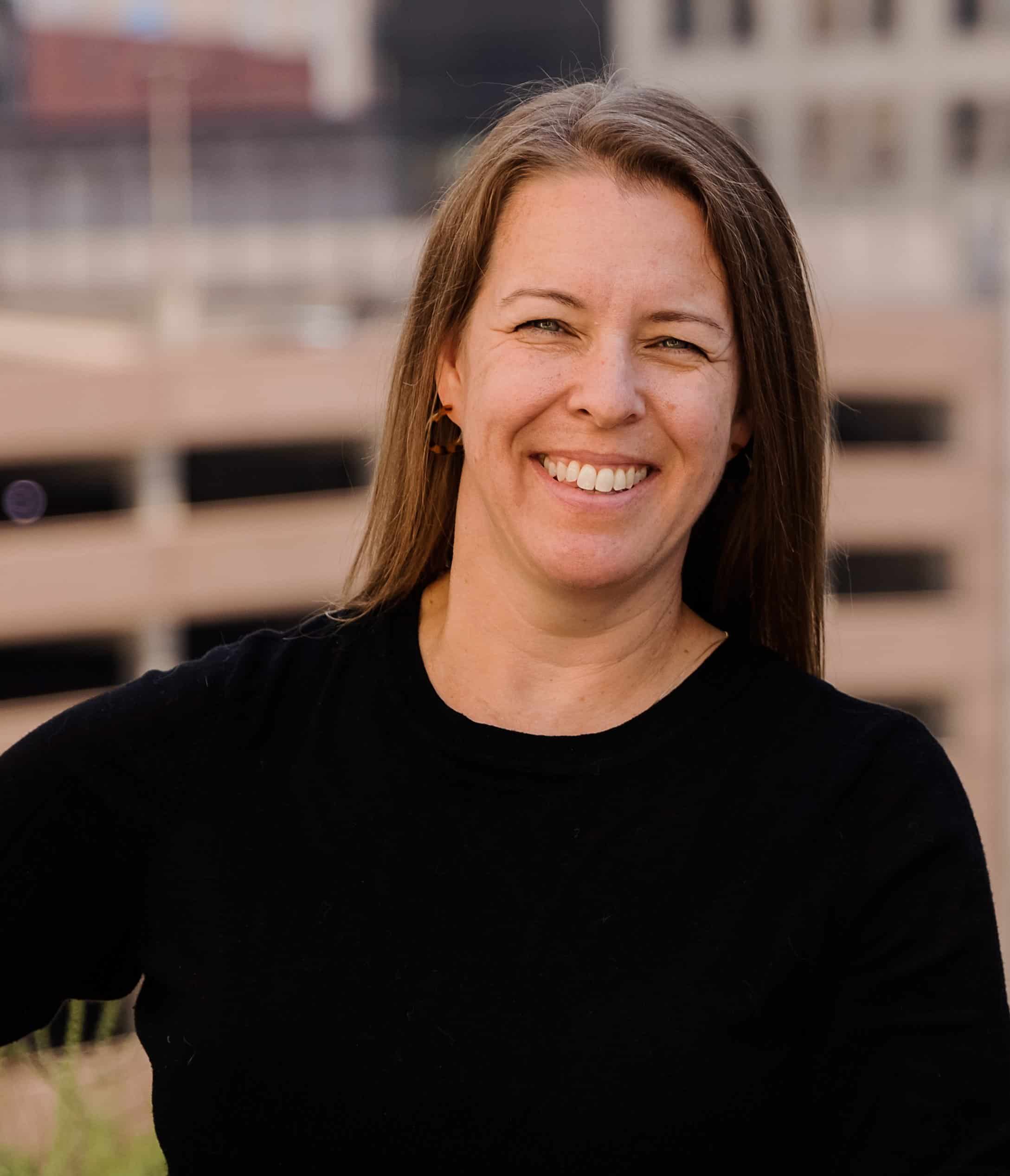 Anne Kniggendorf is a staff writer and editor for the Kansas City Public Library. Her work has appeared in the Smithsonian Magazine, Saturday Evening Post, Publishers Weekly, on National Public Radio, and she's the author of Secret Kansas City. Visit annekniggendorf.com