The odds of being pulled back into the criminal justice system once you’ve been in it are high — nearly 70 percent go back within three years. To break that cycle, Washington D.C. is trying something new: helping justice-involved individuals beat those odds by changing their thinking patterns, which could modify their behavior, and ultimately, their outcomes.

In addition to career training, housing support, mental health counseling, and substance abuse treatment, the city is in the process of piloting Thinking for a Change (T4C), an evidence-based cognitive behavior change program that addresses “criminogenic needs” — the patterns of thinking that can lead people to make irrational decisions, which can lead to incarceration.

“For people who have convinced themselves that they’re not going to be able to get a job, and that selling drugs is a much more effective way to make a living … Or their parents were incarcerated, and they think, ‘Well, that’s just who I am…,’ this is a program that could work,” said Brent Kiser, an executive fellow with FUSE Corps, a national nonprofit that matches professionals from the private sector with jobs in local government, who has been working with the District’s Department of Behavioral Health (DBH) to strengthen services for justice-involved people.

As recent events in Minneapolis and elsewhere have once again made clear, endemic racism and unaccountable policing are major factors in people becoming justice-involved in the U.S. So are economic systems that perpetuate wealth inequality. T4C is just one element of a broader structural transformation that can improve outcomes for people who are at risk of becoming trapped by the criminal justice system.

T4C, which consists of 25 facilitated group sessions of eight to 12 participants, helps this population reflect upon the thoughts, attitudes and beliefs that might be contributing to criminal behavior. It also addresses developing social skills, non-confrontational ways of resolving conflict and problem-solving by helping people role-play different challenging scenarios and build coping strategies.

“We need to provide services that are specifically tailored to justice-involved individuals. When you don’t do that, there’s a big gap in service delivery. You’re missing out on an opportunity to help people,” Kiser said.

Juliana Taymans, a co-author of T4C who has conducted training in more than 40 states, illustrated the benefits of the program by recounting a story about a former T4C participant who was walking to the bus one morning on his way to work and started feeling very hungry. “He didn’t have enough money to both buy something to eat and pay the bus fare,” she said. At first, the young man saw only two choices. He could buy food with the money he had and then sneak onto a crowded bus, hoping not to get caught. Or he could pay the bus fare, stay hungry and be miserable all morning.

Among other things, the T4C program teaches participants to look beyond the options that immediately come to mind. “As he thought about it, he realized there was a third choice. He could pay for the bus, go to work and ask to borrow a few dollars from a coworker to get some breakfast,” said Taymans. “He knew it was a gamble, but it was one that probably wouldn’t lead to trouble. He made that choice, and it ended up working for him.”

Developed in 1997, T4C is considered a model intervention for justice-involved individuals. Studies on T4C and cognitive behavior therapy have found that people who complete the program have fewer probation violations, show significant improvements in social skills and problem-solving abilities, and recidivate less. One study, published in the Journal of Offender Rehabilitation in 2006, found that 33 percent fewer participants who completed a year of T4C committed new offenses.

Like most things in life, T4C is not a silver bullet. “It’s just one element of what needs to be addressed in order for people to successfully reenter their communities,” said Kiser. “You have to consider important things like housing and job preparation.” But none of this matters, said Kiser, if programs don’t simultaneously help people take a new approach to how they address day-to-day challenges.

When Kiser started at DBH, he joined its newly formed Forensic Services Division, which focuses on the needs of justice-involved individuals. After meeting with dozens of internal and external stakeholders to find out what was — and wasn’t — working, he discovered that no standardized protocols existed for the more than 60 core service agencies the District contracts with for clinical services. “We weren’t really sure what qualities these service providers had, and whether they were adequately meeting the needs of our justice-involved clients,” said division director Chad Tillbrook.

Another issue was a lack of evidence-based programming dealing specifically with criminogenic needs. Kiser knew about the T4C program from his work at a federal prison in Kentucky, where he had helped develop a residential drug-treatment program. “Part of this program was helping people address the way they were thinking about certain things,” said Kiser. “So, my question when I came here was, ‘Are treatment providers locally doing that?’”

They weren’t — at least not with an evidence-based, highly structured curriculum like T4C. So Kiser reached out to the National Institute of Corrections, which has a cooperative agreement with T4C to provide facilitator training to eligible criminal justice professionals and government contractors at no cost. Last summer, the Institute held initial training for about 85 staff from the District’s core service agencies. “I wanted to see what local staff would think about the program, and if they thought the concept was something that would be beneficial for them and their clientele,” said Kiser.

The feedback was overwhelmingly positive. In a survey that Kiser administered after the training, more than half of attendees said they were interested in receiving more advanced training. One of those attendees was Johari Eligan, director of DBH’s Access Helpline, a 24-hour telephone service that connects people to behavioral health services. “I wanted to know more about the program so that we could share that resource with justice-involved individuals who call us,” she says.

Her team of behavioral health specialists receives referrals through a jail liaison, who lets them know when people are coming up on their release dates and might need services. Formerly incarcerated individuals also call the Helpline directly.

“What I liked about the training was that it really emphasized getting individuals to slow down their thinking and reactions,” Eligan says. For example, attendees were asked to complete a “thinking report,” in which they described a situation that challenged them and then reflected on the thoughts, attitudes and beliefs that surfaced. They then role-played how they might react in that situation. The training provided a clear understanding of what the T4C services can offer, says Eligan, who shared examples and handouts from the training with her team.

Kiser is now looking to expand the training to more core service agencies. Because of limited capacity and other restrictions, the National Institute of Corrections was not able to come in for a second training, making it necessary to contract with T4C directly. DBH had some mental health block grant funds, Kiser said, so he wrote a proposal, and the agency director approved their use to pay for Taymans to do the training. The funding is currently going through the administrative process, and Kiser hopes to conduct the next training once coronavirus restrictions are lifted and the session can be done safely.

In consultation with Taymans, Kiser determined the best program for the department’s clientele would be a shorter, more flexible version of the original T4C program called Decision Points. Rather than 25 closed-group lessons that build upon each other, Decision Points condenses the content of the full course into five stand-alone lessons that anyone can attend. That flexibility is important, because turnover in the criminal justice system is high, and justice-involved individuals often move from one facility to another within the system.

To implement T4C programming as widely as possible, the department is using a “train the trainer” model, in which core service agency staff will be trained not only to facilitate T4C sessions, but to teach others how to facilitate as well. Because turnover among front line staff at core service agencies can be high, DBH is seeking to train middle and upper management. “If we impart the importance of these programs and give leaders the tools to effect change within their own agencies, then we can make this more sustainable,” said Tillbrook.

Ultimately, the department seeks to coordinate and broaden the services available for justice-involved individuals so that they are less likely to reoffend. “If this is really working, they won’t be coming back into the system,” Kiser said. “That’s ultimately why you’re doing it.”

This story was produced by FUSE Corps and originally appeared in Next City. 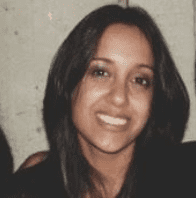 Rikha Sharma Rani is a Bay Area-based freelance journalist who writes about urban and social policy. Her work has been featured in the New York Times, CityLab, Politico Magazine and more.

As it bans holding defendants on bail for nonviolent crimes, New York is the latest state to challenge America’s bizarre system of money for freedom.