An effort that began 70 years ago is poised to propel the country to middle-income status on a wave of green energy.

Geophysicist Nicholas Mariita remembers when Kenya’s geothermal sector wasn’t the high-tech powerhouse it is today. In the early 1980s, he regularly joined teams of scientists on expeditions into the country’s Great Rift Valley to survey for potential sites where the Earth could be tapped for a prime subterranean energy source. They weren’t looking for oil or coal — they were looking for heat, the key resource in geothermal power.

The Great Rift Valley was still wild then, so dodging snakes and buffalo was part of the job. “One in a while, we’d be chased by a buffalo and have to climb into a tree, and if it was a clever one, it’d flick urine at you with its tail,” Mariita recalls. “Those were the kind of funny things we went through.”

Their risk has yielded results. In 2020 and 2021, some 48 percent of all electricity generated in Kenya came from geothermal — the highest share of any country. And as the world seeks to increase both the quantity and cleanliness of its electricity, it’s a cheap, bountiful and low-carbon option Kenya plans to increasingly rely on.

The idea of geothermal generation in the Olkaria Area — located 44 miles northwest of Nairobi in the Great Rift Valley — was first considered in the 1950s. A consortium of power companies, led by the East African Power and Lighting Company, drilled two test wells. But efforts to make power from them were stymied by technical problems. By the turn of the decade, the wells — and the dream of geothermal power — had largely been abandoned.

“In those days, almost 90 percent of our electricity came from hydropower,” says Mariita, now the director of the Geothermal Training and Research Institute of the Dedan Kimathi University of Technology.

By the mid-1970s, however, leaving geothermal resources untapped became untenable. A fickle hydroelectric grid and the global oil crisis left the country, then in its second decade of independence, starved for power. “To avoid power rationing,” says Mariita, “the government had to change its strategy.”

With assistance from the United Nations, the public-owned Kenya Power took charge of the effort in 1977.

The first geothermal plant in Africa came online in June 1981. Upon its inauguration, the Olkaria I plant comprised just one turbine with a generating capacity of 15 megawatts (roughly 2.7 percent of nationwide capacity at the time), but expansion followed. In 1982, Kenya’s parliament passed the Geothermal Resources Act, which established a formal legal framework for geothermal investment, siting and licensing. That same year, a second turbine, also 15 MW, was added to Olkaria I.

In 1997, Kenya Power Company became the Kenya Electricity Generating Company (known as KenGen), and investment ramped up significantly. In the last two decades of the 20th century, Kenya installed some 93 megawatts of generating capacity. In the first two decades of this century some 531 megawatts of capacity came online. With the July 2022 opening of Olkaria V and a sixth turbine added at Olkaria I came some 258 MW of new capacity — bringing the country’s total to some 882 MW.

Looking forward, some 300 MW of capacity are expected to come online upon the completion of new projects both at Olkaria and beyond. By 2030, in line with the country’s green development goals, Kenya hopes to have 1,600 MW — almost double today’s total — up and running.

That energy is needed to achieve Kenya Vision 2030. The government plans rapid industrialization so the country can rise to middle-income status by the end of this decade.

Of all renewables, geothermal energy is especially useful for industrialization, a goal shared by countries across Africa. For one, unlike sources such as wind and solar, it provides a reliable stream of power critical to energy-intensive industrial processes. Moreover, geothermal need not be converted to electricity at all: Direct applications — where geothermal steam itself is used — abound.

Around the world, geothermal wells are used to heat buildings, can food and process textiles. In Kenya, the Naivasha-based Oserian Development Company has used geothermal steam to heat its flower-farm greenhouses, which are among the largest on Earth.

Geothermal energy is not a green panacea, of course. For one, the construction of new wells, like any infrastructure, can encroach upon natural ecosystems and displace communities. The Olkaria plants, for instance, have forced hundreds of semi-nomadic Maasai families indigenous to the Great Rift Valley to relocate, though KenGen has made efforts to both employ Maasai people and mitigate the effects of displacement.

Moreover, the geothermal potential of any given area is determined by immutable geologic characteristics.

For the last 20 million years or so, the Somali minor tectonic plate has been crawling southeast, shearing Africa’s westernmost edge from the rest of the continent, which sits on the northwest-bound African plate. Diverging plates form gaps in the Earth’s solid outermost layer, the lithosphere. From within those gaps seeps the layer beneath, the asthenosphere. Those bits of asthenosphere fill the void left by the parting plates, and a few millimeters — and million years — at a time, become a new crust.

But the patch job is not perfect. Just as tectonic collisions form mountains, divergence creates swaths of crust just a bit thinner and more porous than average. Those who live on that thin crust live closer to what’s underneath: heat.

Not every country falls on a tectonic rift. However, massive amounts of geothermal potential remain untapped in the world.

This May, a group of Egyptian geologists — led by Mohamed Abdel Zaher, a geologist at the National Research Institute of Astronomy and Geophysics in Cairo — created a first of its kind analysis of high geothermal potential regions in Africa, using data on faults, heat levels and magnetic forces. They found 14 areas of interest, from Algeria to Namibia to Malawi, South Africa, Liberia and beyond. “Africa has very high potential,” says Zaher.

Geothermal’s impact is not just measured in megawatts in Kenya today. When Nicholas Mariita began his career, its then-nascent geothermal sector relied on outside expertise. “In those days, we used consultants from the United States, Japan and New Zealand,” says Mariita.

In the 40 years since, Kenya has built not only world-leading physical geothermal infrastructure, but the human capital to support it. Through geothermal energy, Kenya has found an unshakeable source of power — in all its meanings.

“Now, Kenyans actually do the exploration work, the impact assessment, the project planning, the design of the plants and so on,” says Mariita. “You go to one of our projects, and you see Kenyans are in charge.” 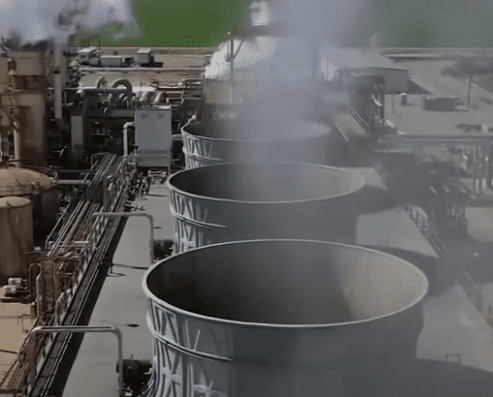 PBS NewsHour reports on the future of geothermal energy. 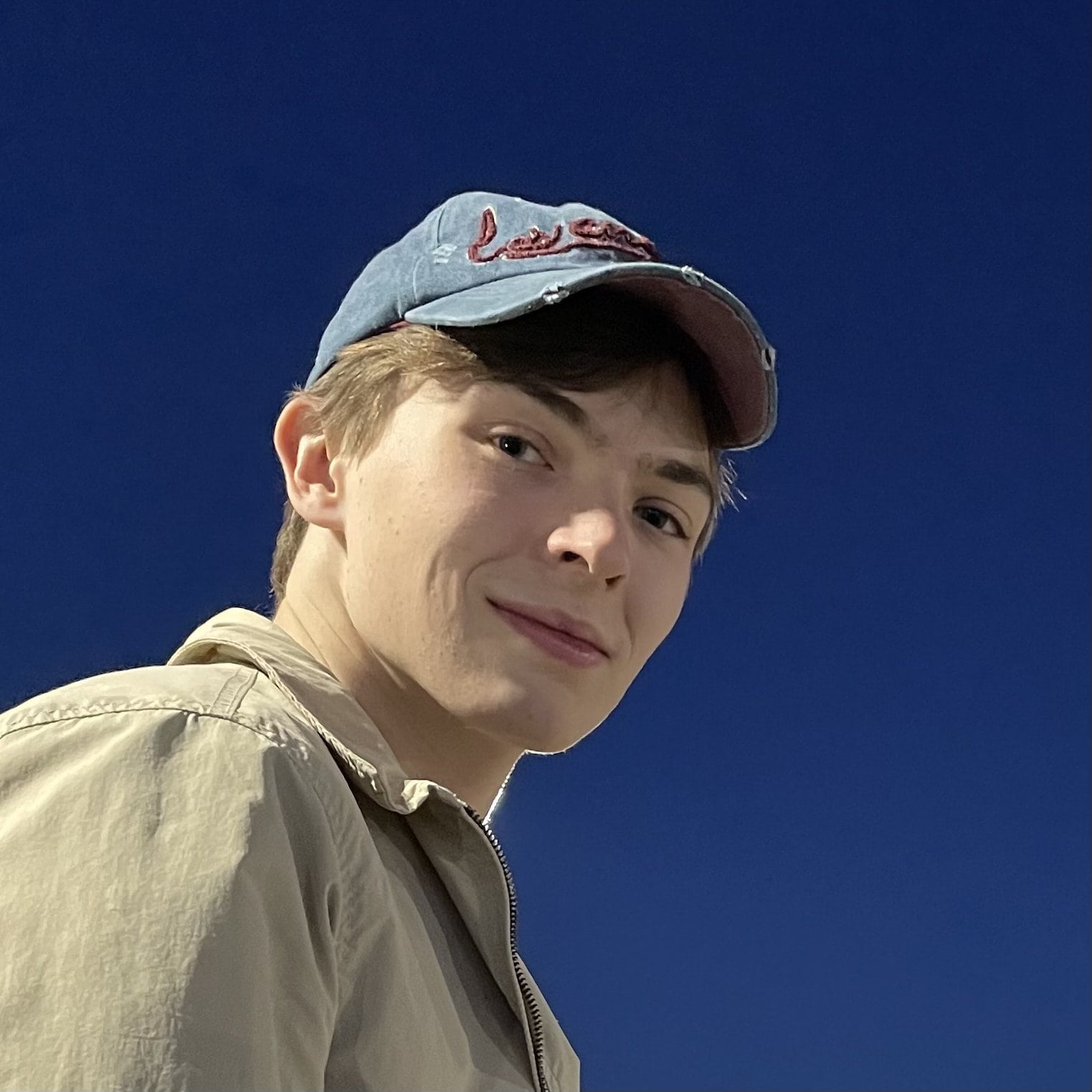 Holes in the ground that once chugged out fossil fuels now provide clean, green energy.

By the end of this decade, the world’s dirtiest source of energy will have vanished from over a dozen European countries.