The city is pinpointing residents who are on the verge of losing their homes and getting them help before it happens.

In 2014, Jamilah Seye, a 54-year-old mother of two teenagers, lost her job as a shelter supervisor because of health issues. She became permanently disabled and could not go back to work, and over the years her financial situation worsened. Seye lived in Urban Strategies housing, and her family was supported by the Family Eviction Prevention Subsidy, a state program that provides rental support for up to five years. But in 2016, when her disability subsidy kicked in, she made too much to receive public assistance, and lost the eviction prevention subsidy. She eventually fell behind on the rent. Without an income, she couldn’t keep her apartment. On the verge of losing her home, at the beginning of 2020 she went to Homebase, New York City’s homelessness prevention program, and asked for help.

Seye is far from the only person in New York City who has had difficulties paying rent. According to the U.S. Department of Housing and Urban Development, in the United States, about a half-million people go homeless every night. Even though homelessness across the country has been decreasing since 2010, the trend has been the opposite in New York. From 2007 to 2018, the state has witnessed a staggering 47 percent increase in homelessness.

An innovative program in the city is seeking to get ahead of the problem, however. Founded in 2004, Homebase is a neighborhood-based grassroots program that merges knowledge of the community’s services with state funds to help those in danger of becoming homeless before they lose a home or other living arrangements. The group, which has 26 locations in New York’s five boroughs and is funded partly by New York state, provides any kind of assistance people need to keep their homes: cash for rent; cash advances for utilities; lawyers to solve disputes with landlords and fight evictions; and coaching and training for jobs and job-hunt assistance. By 2019, Homebase had a budget of $53 million and helped about 29,600 households annually.

When Seye arrived at a Homebase office in 2020, she was immediately assigned a case manager. Homebase worked with Seye for two months and helped her obtain more help with her rent through the subsidy program. After five years of serial crises, Seye and her two teenagers were able to stay in their home, thanks to Homebase’s support.

“They were very instrumental,” Seye said. “They helped me at a time when I was really down financially.”

The city of New York shelters about 60,000 people per night. Federal government data show that New York alone accounts for more than one-fifth of all sheltered houseless people in the United States. And once someone loses a house in a city such as New York, where rent is already unsustainable for many people, it can be extremely tough to get out of a shelter and find another place to live.

Many studies have shown that it is difficult to transition from homelessness to being housed, and that not having a home exacerbates existing mental and physical illnesses. But where solving homelessness presents many obstacles, many places have found prevention to be a better solution. Cities such as Salt Lake City, and the countries of Wales and Canada have successfully implemented homelessness prevention programs. Still, the scale of the problem is different in New York City; while Salt Lake City or even Canada were dealing with a leaky tap, number-wise, New York had to build a dam to stop the flood.

In 2004, Linda Gibbs, at the time the commissioner for the city’s Department for Homeless Services, founded the Homebase program. The city could not open shelters fast enough to meet the rising demand, so this new idea arose. The city already had an elaborate data collection of profiles of homeless shelter applicants, so it used this data to start looking for those within the applicant pool who were at high risk of becoming homeless in the first place — and then try to help them keep their homes.

Seye described the help from Homebase as comforting and reassuring. She emphasized the importance of this approach towards people who lack confidence and find themselves in such a delicate situation.

“They offer so much encouragement. I began to rebuild my confidence that I would not be on the street,” Seye said.

And amid the Covid-19 pandemic, nearly 700,000 newly unemployed New Yorkers still need to pay for housing, even with a statewide moratorium on evictions (which is set to expire September 4).

Mirtha Santana, vice president of empowerment at RiseBoro, the Homebase location that helped Seye, has been working with Homebase since 2007 when it was a pilot program. She said that the research behind the Homebase program revolutionized the way the organization approached homelessness by new statistical tools to a problem that formerly had only been addressed by a case worker’s subjective judgment.

Between 2004 and 2008, Marybeth Shinn, professor of human and organizational development at Vanderbilt University’s Peabody College, studied 11,105 New York Homebase applicant families. “The city at that time was giving services to some people who were at quite a low risk, and was missing some people who were at a much higher risk,” Shinn said. Her work aimed at predicting, using a series of variables including disability and shelter history, which families were most vulnerable to becoming homeless. The study showed that using a targeting model to supplement the judgment of case workers would identify 26 percent more families at risk, and decrease the number of families overlooked by two-thirds.

The Homebase high-risk prevention program seems to work if, rather than trying to help everyone, it focuses on those people who are known to be at risk of losing their homes. “We developed a statistical model that helps determine which people were at highest risk of coming into the shelter,” Shinn said. Ever since, Homebase has used Shinn’s model to help people in need before they become homeless.

The program has made a measurable difference. A 2014 study in the Journal of Housing Economics compared neighborhoods where there was a homeless Homebase program to similar areas where there was no program. The authors, from the Federal Reserve Board of Governors and Columbia University, found that the work of Homebase, in the long run, would reduce the number of people entering shelter by five to 11 percent, saving the city $20 million to $44 million in expenditures each year.

But that’s not a huge impact. “It works, but it’s not incredibly powerful,” said Brendan O’Flaherty, a professor of urban economics at Columbia and one of the study’s co-authors. “It’s nice to have a sump pump if your basement gets flooded, but if the Mississippi River or the Atlantic Ocean goes into your house… That’s what happens.”

That doesn’t take away from the critical need for services, even those that can’t solve the entire problem.

“New York City has most likely the most sophisticated homelessness prevention program in the country,” said Daniel Farrell, vice president of HELP USA, another Homebase location in the Bronx. The program has served as a model for many other prevention programs around the country. RiseBoro’s Mirtha Santana said that the organization has consulted with Los Angeles and Washington, D.C., on their prevention programs.

“The program is unique, and I think that one of the aspects because Homebase is so successful, it’s because it operates within the community,” she said. “We know the devastating effects of homelessness on children,” she said.

Without Homebase, thousands more families would be living in shelters, Santana added.

“But we do not solve all problems. If we truly want to have housing for everyone, we need more than this program provides. Homelessness is very intertwined with urban poverty, and for that we need more government policies,” Santana said.

This story originally appeared in Yes! Magazine. It is part of the SoJo Exchange of COVID-19 stories from the Solutions Journalism Network, a nonprofit organization dedicated to rigorous reporting about responses to social problems. 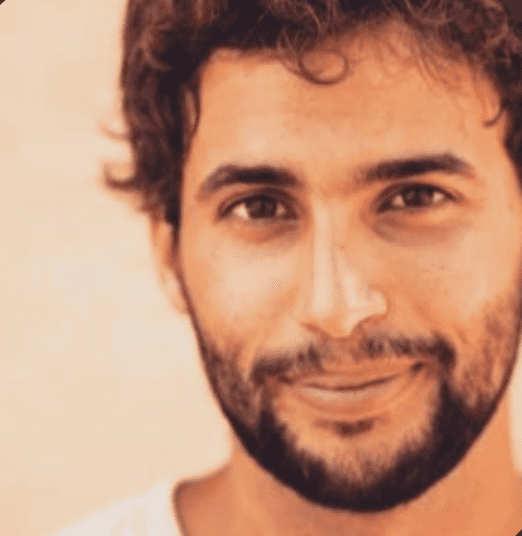 In this week’s news briefing: ending homelessness for profit, coffee saves the rainforest and rural America takes on climate change.