Business is picking up again for Piikup, the local delivery business April Fenall launched in 2018, based in Oakland, California.

“We’re getting new accounts up and old accounts are coming back but it’s going to be a challenge to service those because of new hard costs coming back online,” Fenall says.

Before the Covid-19 pandemic hit, Fenall says Piikup was earning six figures in annual revenue for deliveries from mostly local food manufacturers to retail locations throughout the East Bay. The business employed four drivers and one administrative worker. Things had just gotten to the point where Fenall could start paying herself a salary instead of working two or three other jobs while building Piikup.

The pandemic saw Piikup’s main routes shut down as retailers closed up for social distancing purposes to stop the spread of coronavirus. The business was down to just one driver. Fenall says she applied for at least ten small business relief grants, unsuccessfully. She was able to obtain a Paycheck Protection Program loan, guaranteed by the Small Business Administration, through Self-Help Federal Credit Union. The loan is helping cover payroll as well as a portion of the rent she’s paying for some temporary warehouse space she’s been using as a staging area for deliveries as part of emergency response efforts.

But Fenall says she might have closed down the business if not for the Runway Project, a national initiative to address the “friends and family” funding gap for African-American entrepreneurs. Since 2018, through the Runway Project and its partner network, Fenall has received technical assistance and peer mentoring to model and launch her business, an early-stage loan from Self-Help Federal Credit Union, and, most recently and most urgently, $1,000 a month for at least six months in basic income with no strings attached, starting in May.

“It’s totally bringing us back to life,” says Fenall, who already has the $6,000 completely budgeted out. Some of it is going to pay her mortgage and buy her groceries, some of it is going to the business, extending the lease she has on the temporary warehouse staging area. “It’s also helping us maintain the vehicles, upgrading our equipment and safety procedures, PPE and cleaning, oil changes, tires. Gas for the vehicles,” Fenall says. “It’s helping us have money for all those things while we’re getting our clientele back up.”

For Runway Project founder Jessica Norwood, the basic income provided to the initiative’s 28 entrepreneurs carries a few different meanings, including truth in advertising when it comes to filling in the “friends and family” capital gap.

Friends and family invest more in startups per year than angel investors and traditional venture capital firms combined. But friends and family wealth can be more than just early-stage business investment — it can also be a safety net. In a true crisis, Norwood says, friends and family don’t question who needs help and how much, they give as much as they can to each other for as long as they can give it.

But generations of violent subjugation through slavery, Jim Crow and continued discrimination in the housing market, job market and capital markets have left black households in the U.S. with a median net worth just one tenth that of white households.

“We can’t have a brand promise saying we’re like friends and family and not show up,” Norwood says. “It’s not a nice to have, it’s a must have.”

It’s smart investment sense, too, as all 28 Runway Project entrepreneurs, 27 in the Bay Area and one in Boston so far, have taken out a loan through the initiative’s partners, Self-Help Federal Credit Union in the Bay and Berkshire Bank in Boston. Norwood says in mid-March her team started calling each entrepreneur to ask what would be needed to keep them from folding their businesses so those loans could eventually be repaid.

“This was not a time to sit back and fall back on, ‘We’re going to do a grant program where everybody has to sit back and apply.’ It’s even more trauma and stress to have to apply,” Norwood says. “It’s hard on staff to administer, too. It was just time for us to have a different sense of compassion and humanity than where society typically is when it comes to black communities and especially black entrepreneurs.”

But the Runway Project isn’t made of money. It couldn’t just start wiring cash to folks without fundraising first. Norwood also needed to fundraise to cover additional time for project staff and partners to provide the additional technical assistance requested, as well as the usual fundraising to cover staff salaries for the initiative.

Asking funders for cash to cover temporary basic income with no strings attached might have been a lost cause. But Norwood says her team had spent the past year and half reiterating with its funders, one-by-one, everything about the project down to its roots in economic justice for black communities and their businesses, and repairing the wounds left from generations of previous as well as ongoing systemic racial violence.

“There has to be a baseline where we’re going to have a conversation and you have to understand these racial inequities are real and you have to acknowledge that,” Norwood says. “I used to have to convince people of that, and it got to be very traumatic for me. Every time I bring it up, I’m thinking in my mind of all the terrible things that happened to black people. Every myriad of fuckery that happened.”

The Runway Project even created a funder manifesto it started using to put in the clearest possible terms and have funders sign onto that overall narrative of racial justice before committing any new or additional dollars to the initiative. When the pandemic hit, the moment came to test the new clarity of those relationships.

“I think all of us felt a sigh of relief because we were doing all of these things but you don’t know until the shit hits the fan did it matter that we talked to each other this way, did it matter that we said these things and had hour-long conversations and sat in these spaces, did that really matter?” Norwood says. “And it did matter, because everybody threw down.”

The call with Runway Project’s entrepreneurs in early May, to inform them that the temporary basic income payments were on the way, was a rare moment of joy for black entrepreneurs during a pandemic that has hit black communities hardest, next to native communities. One of the entrepreneurs told the group she was going to use the money to do some marketing and also stock up on additional inventory from her suppliers, who are also black-owned businesses.

“It was a really beautiful thing to witness,” Norwood says. “There’s multipliers for this money. It will go out to stabilize communities in ways that we don’t necessarily track.”

For Norwood, basic income payments are not a political experiment or an ideological vision. For her, it’s as personal as it gets. The Runway Project’s ultimate vision, basic income and all, is to model what it’s like for an economic system to love a segment of the population whom the economy has yet to really love. The kind of love that doesn’t evaporate when a disaster strikes, the kind of love that doubles down in a disaster.

“When we started Runway and my mother was dying from pancreatic cancer, I was terrified, I didn’t know she had gotten so frail,” Norwood says. “She looked at me and she said what’s wrong. I said I’m scared. She said I’m scared, too. My mother loved me like that, even while she was afraid, she was present with me, teaching me the strength. Even in her place of death she wasn’t going to abandon me. All of us deserve to feel that love.”

This article originally appeared in Next City. 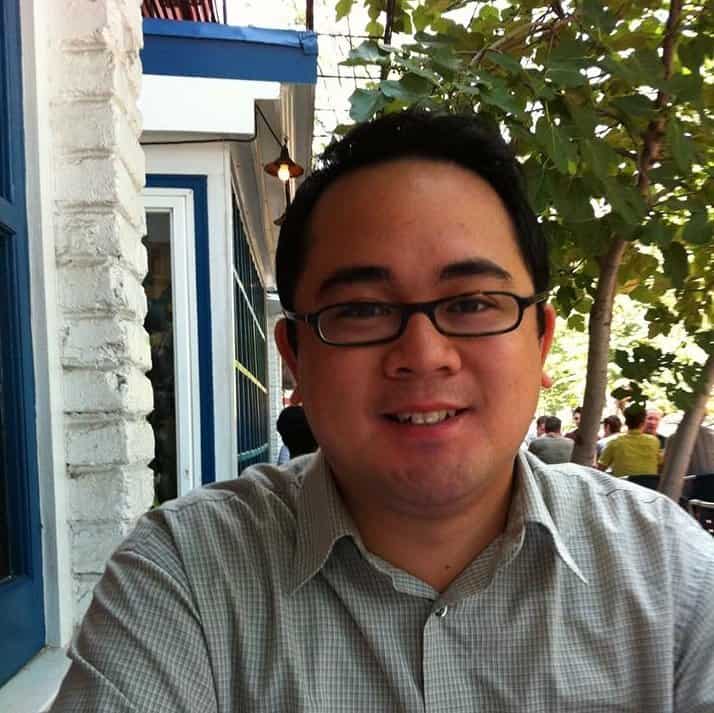 Oscar Perry Abello is Next City's senior economics correspondent. He previously served as Next City’s editor from 2018-2019, and was a Next City Equitable Cities Fellow from 2015-2016.