The $92 million park will span a former bridge — and send real estate prices soaring. A home buyers club is helping residents cash in rather than get displaced.

Homeownership always seemed like a dream to lifelong Washingtonian Cindy Alonzo. The US capital is one of the country’s most competitive real estate markets — and she needed enough room for her and her four children, one of whom uses a wheelchair.

“For a long time, I kind of felt stuck,” says Alonzo, 35. “I didn’t think it was feasible for me to be able to purchase something in DC.”

But next month, she will celebrate the first anniversary of closing on her house, an energy-efficient new-build complete with solar panels and an ADA-accessible ramp for her son, in Ward 8’s Anacostia neighborhood.

Alonzo is one of 104 (and counting) DC natives who have successfully purchased a home with the help of the Ward 8 Home Buyers Club. The program was launched in 2015 by DC affordable housing developer Manna Homes and the nonprofit behind the planned $92 million 11th Street Bridge Park along the Anacostia riverfront. The sweeping public space will be built atop the leftover pillars of a demolished highway bridge. The nonprofit, Building Bridges Across the River (BBAR), supports the club as a tool to help legacy DC residents obtain a slice of growing equity as the park inches along from concept through planning and toward construction.

“We know that these kinds of signature parks will increase property values nearby, anywhere from 20 percent to, in the High Line’s case, 103 percent,” says Scott Kratz, senior vice president of BBAR, referring to the wildly popular infrastructure reuse project that opened in New York City in 2009. The High Line has been criticized for not doing enough to stave off gentrification while rising rents displaced longtime residents from surrounding neighborhoods.

“For us it was, how do we work early, intentionally and with the community driving this process, and how do we think early — well before whatever the investment is realized and opens to the public — about how this is gonna impact nearby residents?” explains Kratz, who is also director of 11th Street Bridge Park.

Per a newly released city report, from 2016 through 2020 the median single-family home sales price in majority Black Wards 7 and 8 rose at a faster clip — 22 percent and 20 percent, respectively — than all other DC wards. The report also noted that racial disparities in homebuying have worsened in the District in the last two decades. Thirty-four percent of Black DC residents own their own home — down from 46 percent in 2005, per census data — compared to 49 percent of white residents. That gap is projected to keep widening in the next 10 years.

“The wealth gap is very real,” says Manna Homes CEO Sasha-Gaye Angus. “Most people accumulate their wealth through homeownership. And one of the challenges we know is that African Americans have not benefited, generally speaking, from intergenerational wealth as much as others.”

The road to homeownership

Manna was founded by Rev. Jim Dickerson in 1982 as a real estate development nonprofit that renovated and sold homes to low-income and previously unhoused families. Over the last four decades, it has produced 1,900 units. (The vast majority are for homeownership rather than rentals.)

Dickerson started the first home buyers club, run by Manna’s Home Ownership Center, in 1986. Hopeful participants attended monthly meetings where they could meet with a counselor to learn how to repair their credit, assess their household finances and more. The Ward 8 version, started in 2015, is intentionally localized to the 11th Street Bridge Park, but the citywide Home Ownership Center still averages more than 400 clients a year.

“We look at homeownership in a holistic approach, so we want to cover everything from the pitfalls to the normal, everyday stuff you might run into,” says Thomas “TC” Caviness, director of Manna’s Home Ownership Center. Club participants meet regularly with a counselor to work on credit repair, take budgeting and savings classes, learn about home maintenance, and more.

Alonzo’s experience included crash courses about debt-to-income ratios and “really understanding how credit works,” particularly how a prospective homebuyer’s share of debt can influence the mortgage rate offered by lenders. Also crucial, she says, was learning what to look for in a walk-through at closing, like checking for fully functioning outlets and ensuring all drains, sinks and appliances work properly.

Even before participants find the right property, the club helps them with securing resources for down payments. One option is DC’s Home Purchase Assistance Program (HPAP), which recently increased its interest-free loan maximum from $80,000 to $202,000, and provides small grants to help with closing costs. Some buyers are ready to purchase in a matter of several months if they’re not using subsidies, though from start to closing, the process usually takes four to six months once the buyer has found a suitable property, Angus says. However, Caviness adds, “we continue to work with our clients for as long as it takes or as long as they stay with Manna.”

Angus emphasizes the benefits of “peer-to-peer learning amongst the folks in the club. We can meet them where they are and can provide comprehensive education and counseling, regardless of whether they’re close to buying, not close at all, need credit counseling, or wherever else they are in the process.”

Alonzo attests that even while learning in a virtual setting throughout the pandemic, gathering with others on calls was helpful — “just being able to hear everybody’s story and what their idea was of purchasing a home at first. Everybody has different stories, so that was interesting to know.”

Government subsidies, such as DC’s HPAP, as well as an array of private donations are “definitely helpful” in being able to move club participants across the finish line, notes Angus. “We need all the tools in the toolbox.”

Alonzo never expected so many resources would be available when she went to her first club meeting in 2019. Manna helped her obtain HPAP and other grants to help with a down payment and closing costs, as well as a “silent loan” through the DC Housing Finance Agency’s Open Doors program. The agency covers nearly half of her $484,000 home’s loan payments. As long as she lives there for 15 years and doesn’t refinance, she doesn’t need to pay that back. “It worked out so that my mortgage payment itself is not a ridiculous amount every month,” she says. “Even if you think your income may be too low, there are ways of doing it.”

Finding houses in DC’s hot market is the biggest challenge for club members at present. Caviness says they have 77 mortgage-ready participants facing fierce competition when home-hunting.

That one-stop-shop nature of this is key to the club’s success, says Angus: “I think all of those ingredients make it a replicable model.”

And replicability is a goal for Building Bridges Across the River, which is connected to leaders of other urban infrastructure reuse projects through the High Line Network. The nonprofit is advising others, like Buffalo and its planned Riverline, on inclusive economic development strategies.

For Alonzo, a child of immigrant parents, the success is in owning her slice on one block in DC. “Living the American dream, being able to purchase a house, is a big deal,” she says. “Just knowing that it’s a foundation for my kids is big. This is for them. That’s very rewarding in itself.”

Urban Institute runs the numbers on homeownership trending down in the next two decades. 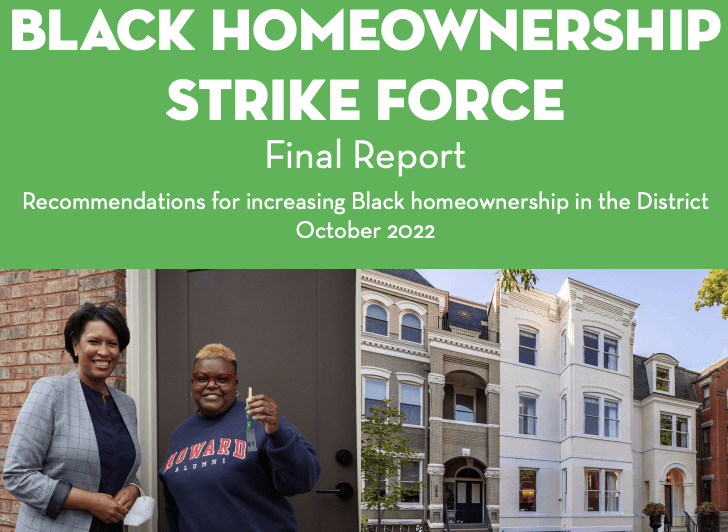 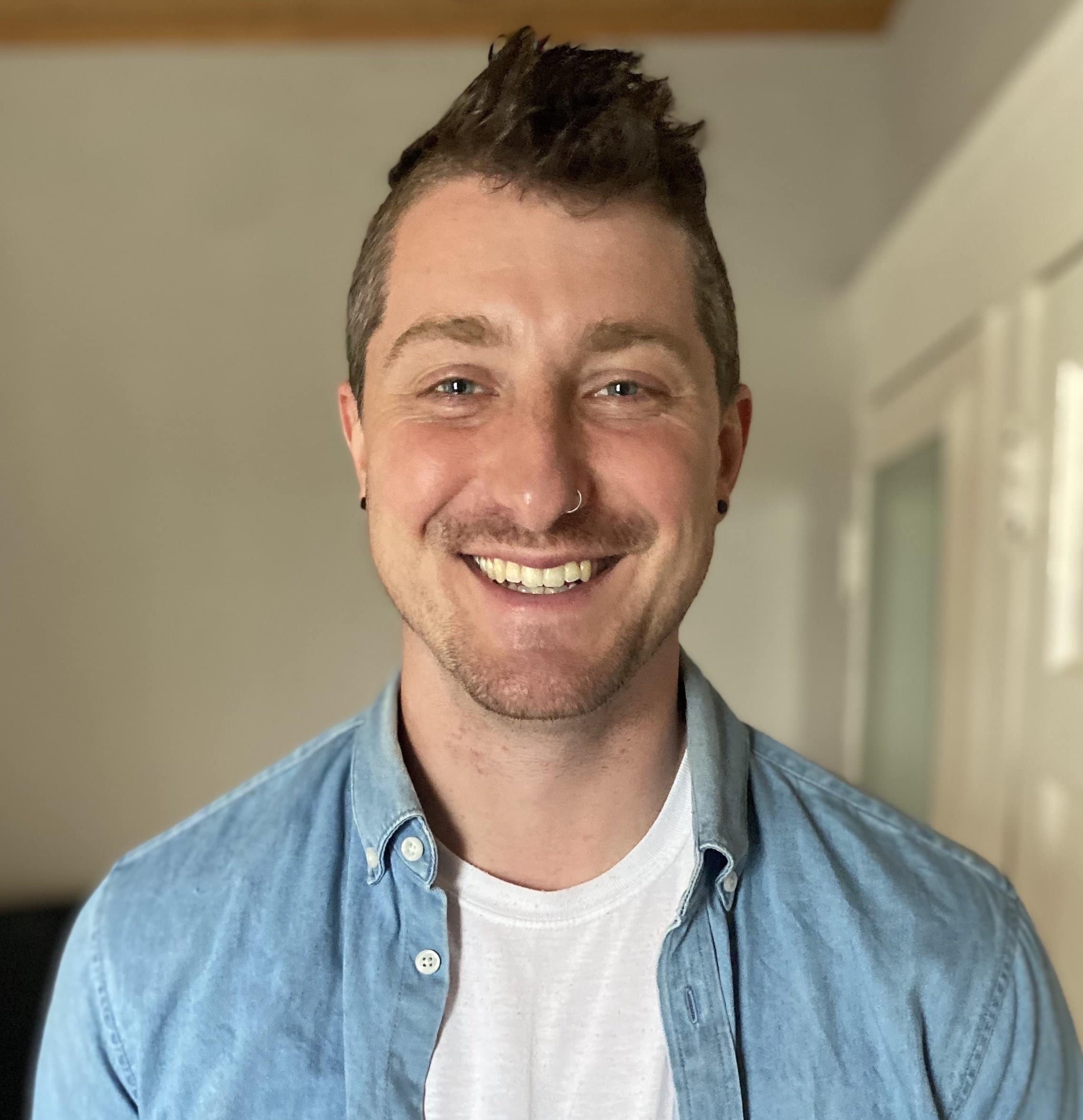 Ethan McLeod is a freelance writer based in Baltimore. He is currently studying for his Master of City and Regional Planning degree at Morgan State University.

Cincinnati Tenants Are Building Equity With Each Rent Payment

Why should homeowners get all the perks? How a different type of rental model puts equity back in the pockets of tenants.

The Anti-Displacement Repair Team of Portland

By fixing up homes in Black neighborhoods, one group is slowing down harmful gentrification and keeping communities intact.