In a divided country, experiencing another state can expand your worldview as much as studying abroad.

A new pilot domestic exchange program is connecting high schoolers who recently graduated with others who come from different backgrounds, have different experiences and live in different areas of the U.S.

“You actually never leave America,” he says. “So we send students to towns that are demographically and geographically very different from where they are.”

For example, someone who grew up in what is considered a liberal town may travel to a more conservative area and someone from an urban area may go to a more rural area. “The whole idea is for our American young people to learn a little bit more about their country — from the people in places they call home — and to dive into another culture, another socioeconomic class, another set of political beliefs, and maybe build a little bit of empathy for people who are different from them.”

During the in-person exchange trips, the students split time between planned activities that exposed them to local life, reflection activities and conversations, and open time to hang out with each other. They all stay with host families, but during the day, they’re together as a group taking part in various activities. Twenty students traveled to four different locations through the pilot program: Palo Alto, California; Kilgore, Texas; Lake Charles, Louisiana; and Wellesley, Massachusetts.

When the students from Texas and Louisiana toured the public school system in Wellesley, Massachusetts — a Boston suburb — they were flabbergasted, McCullough says. They learned that many families move to the area just for the education system, an approach that many from the South are not able to do because their families have been rooted in one place for several generations.

“So kids in Wellesley don’t have that same sense of place that kids from the South have, right?” he says.

In another instance, the students from Wellesley who are very aware of climate change and its effects and the petrochemical industry met with a student in Texas whose parent works in the industry. It gave a new layer to the issue to learn about the many people who would lose their jobs without such industries, McCullough says.

“And so for them, it felt like a real-life example and also created a much more nuanced problem,” he adds.

AEP is for seniors who have graduated from high school, and there are no academic or extracurricular requirements to take part, McCullough says. What may be most attractive to would-be exchange students is that the program is entirely free for students.

“Whoever you are, wherever you come from, you’re right for our program,” he adds.

“If we want to fix our democracy, if indeed polarization is the issue that is on the forefront of most Americans’ minds, we want to do something about it and we need to start donating,” he says. “And giving money at every level to organizations that help fix polarization. It’s not enough to just talk about these issues and promote how bad they are.”

When 18-year-old Maëlys Ciezki moved to San Diego during the height of the pandemic last year, she felt like she was starting over, knowing few people and with little to do aside from virtual learning.

When she heard about a program connecting students from all over the country, she thought she should give it a try. At the time, the program was online.

“It just sounded interesting,” she says. “It was introduced as a bunch of virtual meetings with kids from all over the country. And we would just discuss different topics at each virtual hangout. And since I didn’t have anything better to do after school, I went ahead and joined.”

During the virtual hangouts, Ciezki and a handful of other students taking part in the American Exchange Project would discuss everything from food to politics.

From 2019 to early 2021, hundreds of students took part in about 500 virtual discussions, says McCullough, the grandson of the noted historian and author.

Ciezki opted to travel to Palo Alto on her exchange trip.

During the trip, she says that the group bonded a lot more than she expected. One person, in particular, seemed the exact opposite of her on paper, she says.

“But by the end of the week, he ended up being one of my favorite people, if not my favorite,” she adds. “A person that I met on that trip, his presence became very comforting to me.”

The group, she says, may come from different experiences and backgrounds but they listened to the same music (Olivia Ridrigo) and have similar hobbies. She believes this is why it’s beneficial for young people to get together with other young people.

“Because you’re around people who are your age, you hear a lot of points of view, but since they’re your age, you’re more apt to listen,” Ciezki says, adding that there were kids on both sides of the political spectrum as well as other issue areas.

The group still keeps in contact through social media, she says.

McCullough hopes the program catches on. It’s already scaling up. The plans for the next exchange will involve about 40 communities and as many as 250 teenagers. Ultimately, he would like to see the program become legislatively enacted, making it a state, municipality or federally sponsored initiative.

This story was originally published by Next City. It is part of the SoJo Exchange from the Solutions Journalism Network, a nonprofit organization dedicated to rigorous reporting about responses to social problems.

Read this story about Braver Angels, an organization that encourages people to befriend and understand those with different political opinions.

Check out this article on how two unlikely friends bridged their divides and helped legalize same-sex marriage in Ireland. 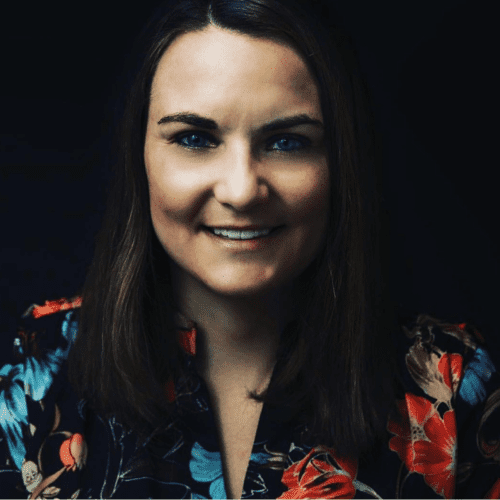 Kristi Eaton is a freelance journalist based in Tulsa, Oklahoma. Her work has appeared in The New York Times, The Associated Press, The Washington Post and elsewhere. Visit her website at KristiEaton.com or follow her on Twitter @KristiEaton.

The High School That Follows Its Students to College

A school in Detroit deploys counselors to make sure its graduates are staying on the collegiate track. Unlock your phones, kids.

An experiment in shuffling kids from school to school saw more families stick with the public system.

A complaint filed by a student group argues the venerated university’s investments in fossil fuels are illegal.