This year, the UK version of popular reality television show Love Island is sponsored by second-hand giant eBay. It’s a significant deviation from the fast fashion brands Love Island has partnered with to date, including the now collapsed Missguided, which famously advertised a £1 (USD $1.20) bikini during an episode in 2019, and I Saw It First, which spent three years providing contestants with a new wardrobe that viewers could buy in real-time via the Love Island app.

In contrast, the islanders of 2022 are dressed in pre-loved clothes chosen by celebrity stylist Amy Bannerman, who has worked with stars including Jonathan Van Ness, Lena Dunham and Rita Ora.

The allure of fast fashion was first thrown into question on the program in 2021 when contestant Brett Staniland refused the wardrobe on offer, choosing instead to take his own clothes to the Love Island villa. The model and academic has been outspoken about the business model underpinning fast fashion brands, which he says “exploits women in their supply chains and exploits communities all over the world.”

He sees Love Island’s new partnership with eBay as an opportunity to show viewers — 43 percent of whom are under the age of 30, according to YouGov — that there’s something for everyone in the second-hand market.

“Love Island, along with social media and influencers from the show, has subconsciously taught us to buy new stuff constantly, that clothing is disposable, and that in order to be cool, or relevant, or just accepted, we have to wear new outfits every time we leave the house,” he says. “This is going to help change all that.”

So is this move by Love Island UK a green flag for a broader embrace of slow fashion in Europe? In March, the EU adopted a strategy for sustainable and circular textiles as part of its wider ambitions to take on Europe’s toxic relationship with excess and disposability. The strategy aims to improve the fashion industry’s low rates of wear, re-use and repair at a time when every second, somewhere in the world, ​​a truckload of textiles is heading for landfill or incineration.

Things are looking up for rates of re-use. According to the thredUP 2022 Resale Report, Europe’s second-hand apparel market is expected to grow twice as fast as its overall apparel market by 2026. This increase coincides with the growth of online marketplaces for second-hand clothes like Depop and Vinted. Since its 2008 launch in Lithuania, Vinted has amassed 50 million members across 16 markets in Europe and North America.

“When we started, second-hand was mostly the domain of vintage fashion lovers, [but] now it’s become much more widely accepted and adopted,” says Natacha Blanchard, consumer lead for Vinted. As a measure of its success, in 2019 Vinted became Lithuania’s first tech unicorn after raising €128 million (USD $140 million), which it plans to invest in growing the platform further.

Alongside the rise of platforms like Vinted, which specifically focus on third-party resale, pre-existing European brands and retailers including Zalando and COS have made moves into the resale space. The UK-based start-up Responsible recently raised €5.8 million (USD $6.6 million) for its “re-commerce” technology solution that allows brands to buy back clothes. It’s a shift in line with EU ambitions for an extended producer-responsibility scheme where brands are held accountable for their products beyond the point of sale.

The digitalization and onboarding of big brands is undoubtedly helping to mainstream re-use. However, when devising new measures for circularity in fashion, Jana Žůrková of Brussels-based advocacy non-profit RREUSE stresses that existing structures have to be taken into account. This includes social enterprises that have been actors in the field of clothes collection, sorting and resale for decades, creating on average 20 to 35 jobs per 1,000 tons of textiles collected.

While clothing prices in the EU decreased by over 30 percent (relative to inflation) between 1996 and 2018, the average household expenditure on clothing has increased. For Žůrková, the race to churn out clothes at ever cheaper price-points means the worst types of textiles are being used, scuppering attempts to improve circularity in the textiles industry in any kind of meaningful way.

“The problem we have been observing for many years [is that] the volumes [of collected clothes] are going up, while the proportion of reusable items is going down,” says Žůrková.

Currently, the resale of clothes covers the costs of collection and sorting, but if mandatory collection — EU member states have an obligation under waste legislation to establish separate collection of textile waste by 2025 — brings in even more non-reusable textiles, there are concerns that the system could collapse.

This is what Liz Rickets, co-founder of the Or Foundation, a nonprofit based in Ghana, says is happening in Kantamanto Market in Accra, where the decreasing quality of clothing (15 million garments arrive in Kantamanto Market every week) means second-hand retailers are being driven into debt as they struggle to sell garments for a price that covers transport and storage costs.

To this end, eco-design requirements that essentially ban poor quality textiles and support durability and repair will be key to supporting second-hand retail, take-back services, and renting and repair business models in Europe and beyond.

Revolutionizing repair is London-based Sojo, the Deliveroo-style app which connects people to repair and alterations services with the technology and convenience Gen Z has become so used to. Sojo founder Josephine Philips had the idea towards the end of her final year at university studying physics and philosophy. “So nothing to do with fashion, or really tech, or apps, or even anything like that,” she laughs.

Philips had begun engaging with second-hand clothing but found the process of getting clothes altered “incredibly archaic, inconvenient, fragmented [and] decentralized … the whole thing felt like it needed to be reinvented,” she says.

The company won’t disclose figures on app downloads or uses, but Philips is candid about her initial ambitions of scaling quickly coming up against the reality of operational logistics. However, with the €2.2 million (USD $2.4 million) Sojo recently secured in pre-seed funding and interest from brands approaching Philips for partnerships, the company has tapped into a market for repair that is clearly ready to be fulfilled.

For Philips, making slow fashion practices like repair more accessible goes hand in hand with education. She knows that consumer behavior and mindsets need to shift, and, while conscious of the “echo chamber” in the sustainable fashion space, she is optimistic that change is afoot. Love Island‘s spotlight on second-hand fashion is a good indication that such ideas are going mainstream.

Christel Droogmans decided to be part of the change Philips refers to when, after 30 years in the financial services industry, she decided to redirect her energy “into a project which is for the future and not for the past.”

Inspired by a visit to the ReTuna project in Sweden, dubbed “the world’s first recycling shopping mall,” Droogmans co-founded Yuman Village, a center in Brussels, selling circular products including second-hand and upcycled fashion. The vision is to support circular entrepreneurs and build a community around different ways of consuming, with ​​drop-off points for unwanted clothes which are distributed among partners to create local production loops.

Rental and subscription services are also trying to encourage new ways of consuming fashion, with service models such as Hurr Collective, Hirestreet and thelittleloop (all founded since 2018) becoming increasingly relevant. Charlotte Morley, founder of thelittleloop, was a hit on the BBC’s Dragon’s Den (the equivalent of Shark Tank in the US) when she pitched her rental marketplace for children’s clothing.

“The ability to access things as and when they’re needed, for less money, and none of the guilt of fast fashion, just makes so much sense,” says Morley, who previously worked in the defense industry and whose business recently partnered with John Lewis, a brand of high-end department stores operating throughout the UK.

So, while previous Love Island alumni present a filtered version of fast fashion in Instagram squares and TikTok fashion hauls, a growing number of people are getting “the ick” as exploitative labor practices, pressures on water and land use, greenhouse gas emissions, and the release of microplastics get harder to ignore.

But, while Europe’s slow fashion movement is growing, so too is the global fast fashion industry. Circularity, say experts, cannot therefore just be about making recycling easier and more efficient while maintaining current levels of consumption. It has to be about a fundamental reimagining of how we design, value and take responsibility for clothes. New European companies are showing glimmers of this future. 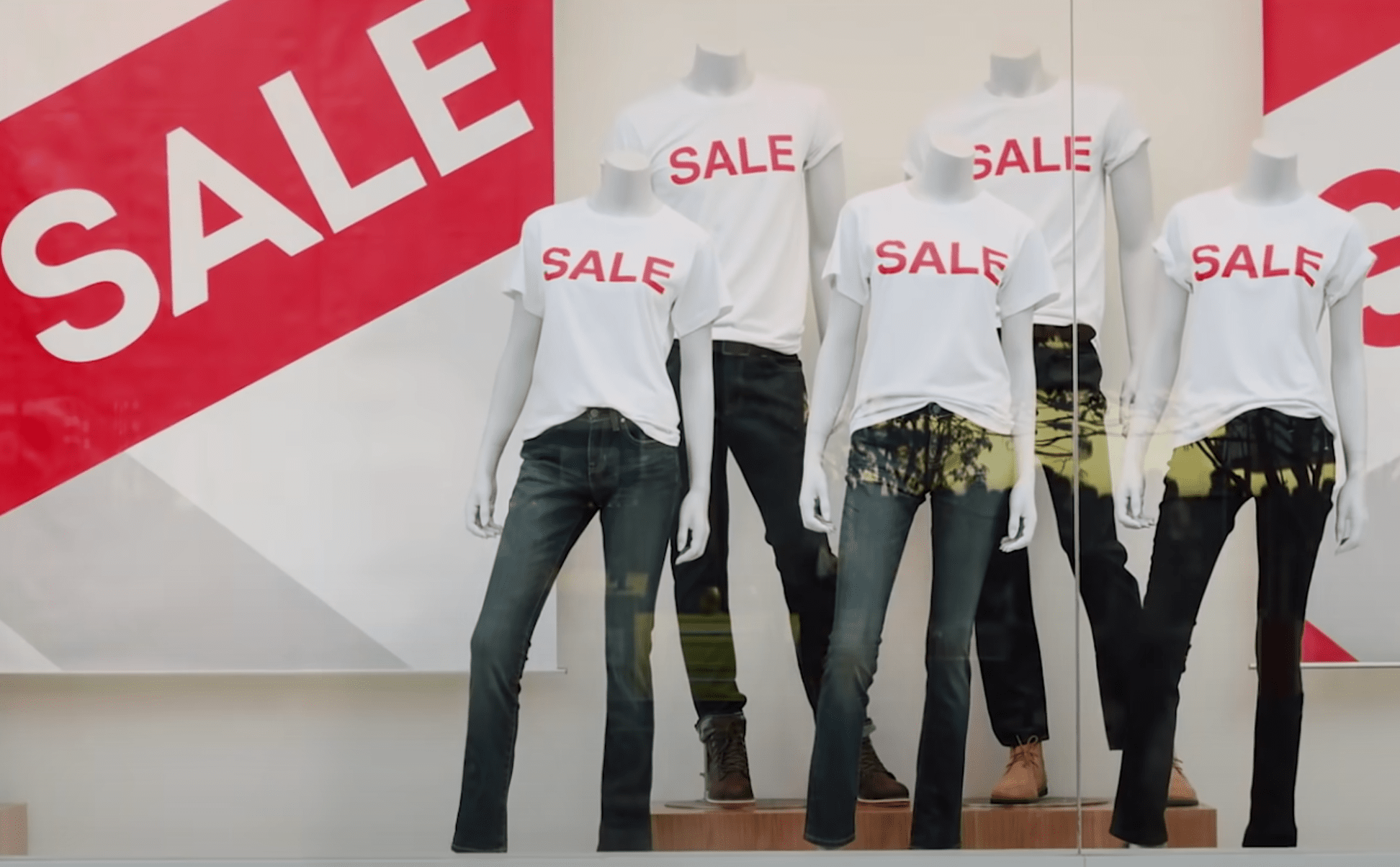 Got six minutes to spare? This video has some shocking footage of where our clothes end up… and some inspiring examples of how to do things better. 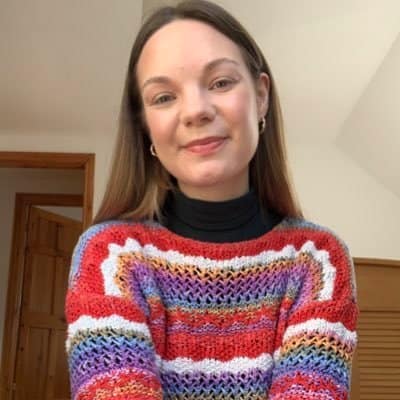 Hannah is a PhD candidate and writer interested in public policy for sustainable transitions. She tweets at @enviro_hannah

The EU is restricting products designed to be unfixable, forcing companies to change their ways.

You May Already Be Wearing the World’s Most Sustainable Jeans

A family-owned Italian denim manufacturer is turning one of fashion’s most toxic staples green, one global brand at a time.

Where Immigrant Women, Usually Exploited by Fashion, Run the Show

How one Chicago cooperative is reverse-engineering apparel’s colonialist business model.