The NFL Logo Embraced by the Indigenous People Who Inspired It

There is no such thing as a seahawk.

This may come as a surprise to some Seattle football fans who, while dialed into this weekend’s NFL draft, may be unaware of the origin of their home team’s logo. Some might even assume that, as an Indigenous design, it falls under the banner of “problematic” logos, like those of a handful of other sports franchises, such as the Atlanta Braves or the Kansas City Chiefs.

But unlike those teams, whose logos are founded on stereotypes (as opposed to any specific aspect of one of Native America’s 574 federally recognized tribes) the Seattle Seahawks’s logo is that rarest of birds: a culturally accurate sports icon directly inspired from an Indigenous masterpiece — and embraced by the Indigenous People it is borrowed from.

Anatomy of a logo

Ornithology experts theorize the term seahawk refers to a combination of an osprey, which is a bird of prey native to coastal North America, and a skua, which, in the Pacific Northwest, we normally call a seagull. So if there isn’t an actual “seahawk” found in nature, then where did the inspiration for the Seattle Seahawks’s logo come from?

The general consensus is that in 1976 the NFL commissioned a logo for the newly formed Seattle football team. Then-General Manager Ted Thompson wanted the Seahawks’s logo to reflect “Northwest Indian culture.” He and his team of concept designers must have been Native culture enthusiasts who stumbled across a truly remarkable piece of Indigenous Northwest Coastal art. That artwork in question was a Kwakwaka’wakw (pronounced: KWA-kwuh-kyuh-wakw), a transformation mask from northeastern Vancouver Island.

Exquisitely hand carved from the finest local wood, it’s easy to imagine the team of contracted designers becoming infatuated with the ceremonial mask depicting a mighty eagle with bold black and red formline accents unique to the traditional Coast Salish region. In its closed form, the eagle appears to be in motion with its wings spread, as if it’s ready to soar.

According to curators at Seattle’s Burke Museum, long before the Seahawks took the field at the old Kingdome, this hand-carved mask played an important role among the Kwakwaka’wakw people. Transformation masks represented rights owned by individual leaders, often depicting family origin stories or an ancestor’s supernatural encounters. When this mask is danced in ceremony, a pivotal moment in the song calls for the mask to be opened, revealing a stunning human face inside.

Carved in the late 19th century, the mask was purchased by the Fred Harvey Company before 1910 and later came into the collection of the German painter Max Ernst. Ernst, Picasso and other Surrealist artists were fascinated by the aesthetic power of Northwest Coast masks, which they saw as direct expressions of human instinct and unconscious thought. After Ernst’s death in 1976, the mask was acquired by a private collector. Eventually the privately held art collection came to be displayed publicly, but always in its open position — meaning its likeness to the Seahawks logo was hidden from view.

In September 2014, the Burke Museum, located on the University of Washington campus, learned of the mask’s whereabouts and launched an online fundraising campaign to bring it back to the Northwest Coast. It didn’t take long to raise the money needed to conserve, insure and ship the mask across the country. Within weeks of arrival the hidden history of the mask was unveiled and the origin story of the Seahawks logo went public.

While the details behind the origin story of the Seahawks’s logo remained a mystery for decades, what has always been certain is its positive celebration by local Coast Salish tribes. All along the Salish Sea, tribal people have embraced the Seahawks logo and re-appropriated it into our culture.

“Great things inspire imitations. In the same way that so many Native people and white people and Asians are inspired by hip-hop, an artform created by Black people, many people are inspired by our beautiful art,” says attorney and Seattle resident Gyasi Ross (Blackfeet). “Native people have some beautiful artwork, and of course it inspires people to want a piece of it. The Seahawks logo is a perfect example of that. And we love it.”

A team that uplifts

Their commitment to Native communities is what distinguishes the Seahawks from so many other organizations that claim to honor Native culture with their logos and mascots, yet contribute little or nothing to their local tribes. The Seahawks have a history of making significant impact to the Tulalip Tribes in particular.

Back in 2008, Seahawk Bobby Engram collaborated with Home Depot, the Kaboom! Program, and Boys & Girls Clubs of Snohomish County to build a 50-by-50-foot playground at the reservation’s ‘Club.’ In 2014, following a shooting at the Marysville-Pilchuck High School, the Seahawks hosted tribal member Nate Hatch, who was shot and survived, along with his family at CenturyLink Field (now Lumen Field), where they received the VIP treatment from players and coaching staff.

Then in June 2019, Seattle Seahawks legend Michael Bennett hosted a once-in-a-lifetime football camp for Tulalip community youth. Nearly 250 participants ages 7 to 18 had an opportunity to catch a pass from and do drills with the Super Bowl champion. Afterwards, Bennett stuck around to sign autographs and take photos with every single one of his adoring fans. Most recently, in October 2019, former Seahawks Cooper Helfet and Jermaine Kearse landed a seaplane right in Tulalip Bay before spending an afternoon with 30 Tulalip youth.

A history of positive impact. Countless moments to uplift Tulalip youth and inspire them to always dream big. Promoting healthy lifestyle choices and physical fitness as a means of self-discipline to achieve long-term goals. The reciprocal nature of Seahawk respect and appreciation for local tribes and the proud Native fandom they’ve received in return continues to manifest itself in truly imaginative ways.

For starters, it’s common to see the Seahawks’s logo reimagined via Coast Salish designs in all possible mediums. Native artisans have reproduced it as blankets, clothing, beaded jewelry, eye-capturing medallions, wooden panels, furniture, flags, face masks and even six-foot-tall chainsaw carvings that celebrate the Seahawks’ Native roots. These items and more can routinely be found at powwows, all-Native basketball tournaments and other Native vendor-friendly events around the region.

“The Seahawks have given back to our community in so many ways and really made a difference in the lives of our youth,” says lifelong fan and tribal member Josh Fryberg, whose family of eight buys new Seahawks jerseys representing their favorite players every year. “As for the connection between the Seahawks and Coast Salish art, the roots definitely run deep. For my family, we have a lot of Seahawks-themed artwork created by very talented Native artists, both from Tulalip and other tribes. More than the art though, the Seahawks mean family togetherness. Every Blue Friday we rock our jerseys and every game day we gather as a family to cheer on our Seahawks.”

Whether the Seattle Seahawks make it to this year’s Super Bowl or not, in the hearts and minds of thousands of Coast Salish tribal members, they will always be champions. Not because of a Vince Lombardi Trophy, but because our football team respects their local Native communities off the field — where it matters most.

This story originally appeared in Tulalip News. It is republished here with the permission of the author. 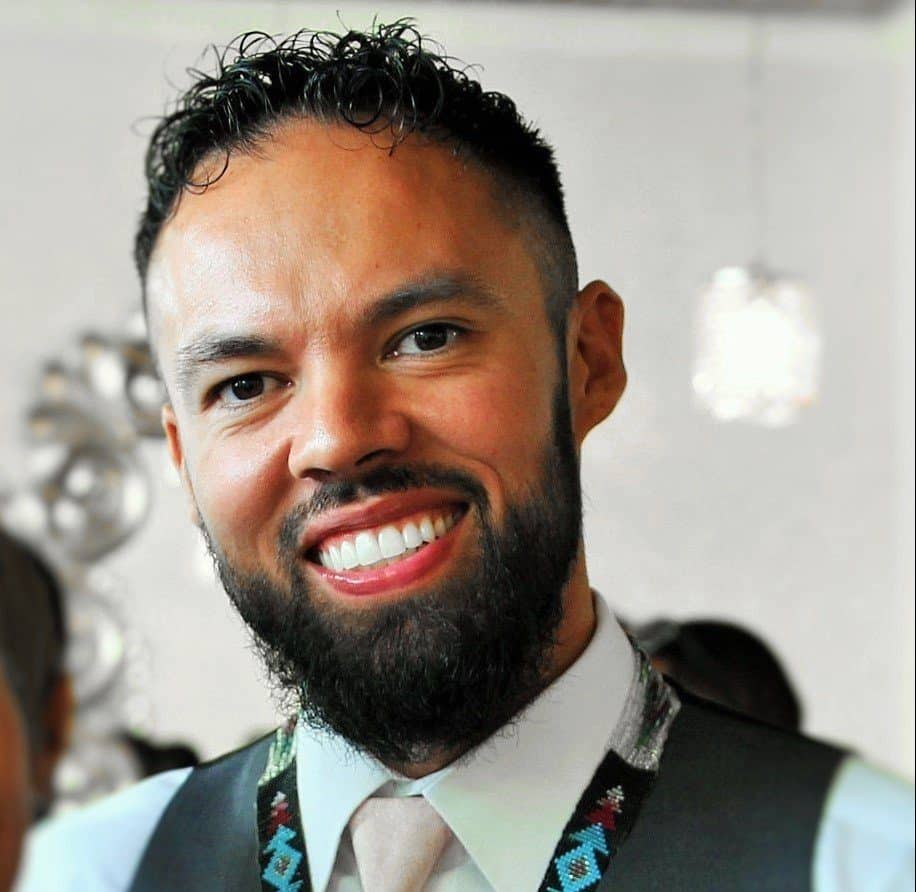 Micheal Rios hails from Coast Salish territory. His Indigenous family lineage includes Snoqualmie, Swinomish, Squaxin Island and Suquamish tribes (all located in the greater Seattle area). Micheal is a University of Washington graduate and works for the Tulalip Tribe’s media and marketing department as lead reporter and graphics coordinator.

The African nation’s Premier League football club will become the first in the world to fund its men’s and women’s teams equally.

How the Seahawks finished the season as the only team in the league without a single infection.

As America’s primary elections stumble along, a fairer method of picking who runs the country is gaining ground.