Two months ago the streets of Kyiv were desolate, the sounds of ordinary life replaced by near-constant air-raid sirens and its people either fleeing or confined indoors as Russian forces tried to take Ukraine’s capital city.

Today normal life is slowly returning, and families and couples once again stroll the streets. But reminders of the war that still rages in the country are everywhere, from the anti-tank “hedgehogs” and concrete blocks dominating many of the city’s roads to the armed soldiers continuing to enforce a city-wide curfew.

Then there are the huge queues of cars stretching away from every remaining gas station as customers desperately try to re-fill their tanks. It’s a scene currently being repeated across Ukraine and a stark indication of the acute fuel shortage the war-besieged country is facing.

During any conflict, fuel sources and power grids are a critical target for an invading force. In Ukraine, Russian missiles have attacked the country’s only fully-functioning oil refinery and a blockade of Ukrainian seaports means resupplying the country by tanker is not possible. In April, Russian hackers targeted the Ukrainian power grid, attempting to cause a blackout that would have impacted two million people.

So it was that as the first missiles fell on Ukraine in February, American renewable energy experts Will Heegaard and Paul Shmotolokha lept into action to support Ukrainian hospitals — themselves believed to be the subject of a Russian “terror bombing” campaign — in anticipation of the fuel and power crises that they knew would soon take hold.

“You have to look at the vulnerability of the grid,” says Shmotolokha, CEO of New Use Energy. “What we see in Ukraine is the physical damage to transmission infrastructure, to power generation. All those flying missiles that are going after diesel and gas supplies.”

Shmotolokha is the son of Ukrainian World War 2 refugees and his wife grew up in Lviv, a city in western Ukraine. He met Heegaard, operations manager for the Footprint Project, in 2019 when they worked together on a solar microgrid project in Colorado.

To date, the two have mainly worked on projects in the U.S., and never before in Ukraine. Leveraging their contacts network to establish transport routes into the country, and supported by disaster relief nonprofits on the ground, they began by sending LED lighting equipment and headlamps to hospitals, before expanding the program to include portable solar microgrids, which can recharge the LED kit as well as other essential medical and communications equipment. They also sent microgrids to a refugee camp in Moldova, a country bordering Ukraine which suddenly found itself hosting tens of thousands of people fleeing the war.

It’s these last items, the solar microgrids, which are being touted as a game-changer in disaster relief settings. Unlike diesel generators, which are traditionally used to provide emergency backup power but which can only produce energy in real time, solar microgrids such as those deployed by Heegaard and Shmotolokha can produce and store energy independently from the main grid without relying on dwindling supplies of fossil fuels.

Heegaard and Shmotolokha say they have now shipped more than two dozen 2kWh portable solar battery systems to 13 hospitals in cities all over Ukraine. In areas under heavy Russian bombardment, such as the city of Kharkiv, these solar microgrids are helping save lives.

“[The hospitals there] have intermittent power, they’re in the middle of operations and the lights are going out,” says Shmotolokha.

It’s not necessarily the case that these hospitals don’t have traditional generators, adds Heegaard. “But if you can’t access diesel then that fossil fuel generator becomes a giant, redundant paperweight.”

And because a solar microgrid is a clean source of energy, there are a number of other benefits.

“Noise, fumes and localized air pollution — none of that exists with solar,” says Heegaard, who explains that solar microgrids are therefore perfect for refugee camps. “Refugee partners we’re working with are dealing with folks who have PTSD from the conflict and trying to sleep next to a really loud [diesel] generator isn’t helpful.”

In a conflict where power sources may be targeted, a solar microgrid has the additional advantage of being less detectable than a diesel generator, both because it’s quieter and because it gives off less heat. It also negates the need to store large amounts of highly flammable fuel.

But solar panels are not exactly inconspicuous. “Traditional glass panels reflect light so they could easily be targeted,” says Heegaard. “But there are also flexible panels that don’t contain glass and just look like a black mat … All the units in Ukraine are flexible panel systems.”

There are some disadvantages. Cooking and heating both draw huge amounts of power and will drain a solar-powered source quickly meaning, until the technology improves, there’s still a role for fossil fuels. The microgrids supplied by Shmotolokha and Heegaard aren’t intended to replace the entire power system of a hospital or refugee camp, but instead provide the resilience needed to withstand fluctuations in the traditional grid or the supply of fossil fuels.

“Our focus is on distributed power,” explains Shmotolokha. “So instead of having one big generator, we might have four or five of our systems that can be wheeled around into different rooms. The ones that are already in Ukraine can run a WiFi computer station for 24 hours or a surgical suite with lighting for six to 12 hours, depending on how efficient their equipment is.”

Sinéad Magill, a managing partner at Palladium, an international advisory and management company which has been running disaster response globally for the past 15 years, says that a key benefit of solar microgrids is that they allow local people to address local needs beyond immediate power supply issues.

“Unlike some aspects of a response, which can feel like a plaster on a bullet wound, these microgrids solve ongoing energy supply issues not just for the response but for the long term,” she says.

Solar microgrids have already been tested in humanitarian situations, one of the most well-known examples being Elon Musk’s initiative to build huge solar microgrids in Puerto Rico after it was devastated by Hurricane Maria in 2017.

The project highlighted a number of problems in the context of disaster response, not least that to rely on solar power alone requires huge arrays of power-producing panels. Pictures of Hospital del Nino, a children’s hospital in San Juan which was one of a number of sites to receive support from Tesla, show panels taking up nearly the entirety of the building’s car park, something that wouldn’t go unnoticed by an enemy in a conflict zone.

Down the line it also became apparent that installation and upkeep are two very different beasts. Two years after Hurricane Maria, one reporter visited Puerto Rico, which he described as “a solar graveyard” where regulatory and maintenance issues had led to fields of unused and damaged solar panels.

But less ambitious projects have been a success. Smaller projects initiated after Hurricane Maria that aimed to power individual buildings rather than great swathes of the island produced much better results. Months after the hurricane first hit, a solar microgrid was able to keep a community center functioning even when power for the rest of Puerto Rico was out.

Are solar microgrids the future of humanitarian response? In one sense, that future is already here. That said, there’s still a place for more powerful diesel generators until solar technology further improves.

“It depends on what the mission is,” says Shmotolokha. “If you’re housing refugees in a stadium and you need to power the stadium lights, you’re going to need a megawatt diesel generator. But if you want to run a community center that’s distributing food, then we’ve already done that a bunch so no problem there. There’s a lot of innovation happening. What we’re doing today, you just couldn’t have done even two or three years ago.” 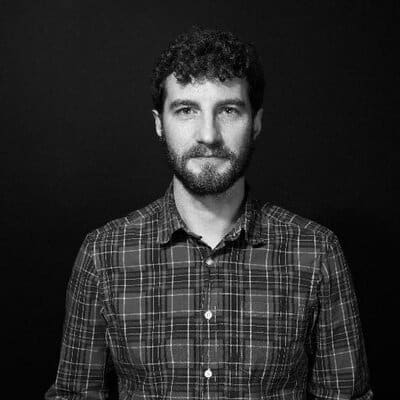 Chris York is a freelance journalist covering the Russian invasion of Ukraine and the refugee crisis in Poland. Currently based in Kyiv and Warsaw.

In the haze of the California wildfires, a Native American tribe’s independent electricity grid saved the day. Is a new model for energy in America rising from the ashes?

Through Online Platforms, Thousands Open Their Homes to Ukraine’s Refugees

Airbnb-style home sharing is changing what it means to be displaced.