Take a stroll around Chicago’s Bronzeville neighborhood on a sun-filled spring afternoon and it’s pretty much guaranteed you’ll come across Romanesque-style greystones, classic brick three-flats and the sound of children deep in an after-school game of kickball echoing from the back alleys. What you might not be expecting is the brightly-colored mural emerging out of a vast, vacant lot along South Michigan Avenue — and, more significantly, the massive electrical battery that lies behind that painted cinder block wall.

That battery is but one part of the Bronzeville Community Microgrid, which combines rooftop solar, natural gas-fired generators and batteries to produce and store energy at a local level. Once fully operational, it will, in effect, render the entire neighborhood “energy independent,” giving it the ability to disconnect from and reconnect to Chicago’s citywide grid at will.

This will earn it the accolade of becoming the country’s first neighborhood-scale microgrid, (although its founders, Commonwealth Edison, or ComEd, point out that there could be other initiatives in the works of which they are unaware), with energy experts suggesting it could serve as a model for utilities and communities across the U.S.

Earlier this year, the project, which is funded in part by a $4 million grant from the U.S. Department of Energy, passed efficacy tests demonstrating that the basic design of the system works, although it still faces a number of engineering and permitting hurdles. Once those have been cleared, the microgrid will be able to power more than 1,000 homes, businesses and public institutions such as hospitals.

This kind of self-sufficiency will likely prove increasingly vital. Like many cities, Chicago’s first electrical grid began taking shape well over a century ago. These grids have become increasingly rickety as they age, and climate change is only exacerbating their deterioration. Last year, millions in the U.S. faced power outages amid heat waves, hurricanes and winter storms.

To mitigate this, ComEd has sought to improve electric grids throughout the region over the last 10 years, including through the development of the Bronzeville microgrid. This has happened alongside more recent investments in national energy infrastructure, such as the $1.2 trillion infrastructure bill, signed into law last winter, which includes $65 billion for electric and grid infrastructure — the largest such investment in the country’s history.

As part of the investments in the nation’s energy systems, microgrids are increasingly being recognized for their ability to create energy security at the community scale. Their value proved critical in northern California in 2019 when 13,000 people sought refuge — and functioning electricity — at a microgrid-powered casino owned by the Blue Lake Rancheria Tribe as wildfires led to blackouts across the region.

Bronzeville’s neighborhood microgrid offers more than energy resiliency, however — it has also become a blueprint for reducing communities’ contribution to climate change. This is due to the fact that the system gives its operators the ability, at scale, to introduce more renewables into its energy mix while reducing “line loss,” the electricity lost as it travels across power lines.

“Some estimates have said we lose up to 50 percent of electricity production through line loss,” says Yami Newell, a Bronzeville resident and the associate director of community projects at Elevate, a nonprofit that focuses on equitable solutions to community climate change issues. “So the shorter you can make the distance between where energy is generated and where it has to be delivered, the more significantly you reduce the problem.”

A key aspect of the Bronzeville microgrid that could multiply its impact is its connection to an existing microgrid in the neighborhood, housed at the Illinois Institute of Technology (IIT). Previously, the IIT grid only serviced the surrounding campus. By connecting it to Bronzeville’s, ComEd is able to expand the reach of the grid to the entire area.

The “clustering” effect created by connecting the two microgrids allows them to share energy. So, if one has generated more electricity than it requires at that point in time and the other doesn’t have enough, then the one with excess can transfer that power to the other, keeping all customers in service without needing to tap into the less efficient citywide grid.

As no microgrid has ever been built on this scale in the U.S., getting to this point hasn’t been without challenges. In addition to significant delays due to engineering issues and the City of Chicago’s arduous permitting process, ComEd initially struggled to win the acceptance of the wider community.

Reasons for the latter are linked in part to the disinvestment and financial redlining the neighborhood has faced for the last 70 years. More recently, the community has seen an increase in investment by commercial and real estate developers. While celebrated by some, for many others this represents a story unfolding in cities across the country — one where shiny new developments and amenities are superimposed on communities without buy-in from the people who have been there the longest.

In response, ComEd has been working with the community, including an advisory board of local leaders and residents, to help educate people about the purpose of the initiative and ensure it meets the needs of local residents.

One outcome of this collaboration was ComEd’s integration of local history and arts into the installation of the grid by commissioning a mural to be painted onto the sides of its battery box. The mural features the South Side Community Arts Center, located nearby the battery storage site, as well as prominent Black leaders from the neighborhood including journalist Ida B. Wells and inventor Lewis Latimer.

This addressed concerns that the battery storage site, located in the middle of a residential block, created an overly industrial-looking eyesore and disrupted the historic nature of the surrounding area.

“That’s where the emphasis of the mural came into play — to improve the aesthetics of the battery energy storage site, but also, more importantly, to draw attention to the community,” says Cory Foster, the administrator of ComEd’s diversity enrichment program and external affairs manager.

In addition to gaining buy-in, Newell points out that initiatives like the Bronzeville Community Microgrid have the potential to create direct opportunities for local residents.

“When it comes to the jobs that exist to maintain and to build out all sorts of infrastructure around these kinds of projects, the goal is … prioritizing folks who are from those communities,” she says. “As we see more projects like this come online, including renewable projects, who’s going to fill those jobs? Will the people that are working there look like the people who live there? I think Bronzeville gives us an opportunity to say, yes, we can do that.”

Like other urban areas in Chicago and across the country, Bronzeville is dealing with a multitude of community issues, including public safety and population loss, in addition to more recent concerns around public health and job loss arising out of the pandemic.

Already forthcoming in Bronzeville are new permits that will allow ComEd to install electric charging stations along major thoroughfares, which Dowell hopes will increase the amount of electric vehicles in the area.

“We’re being forward thinking about how we can adapt to the changes that we see coming,” she says. 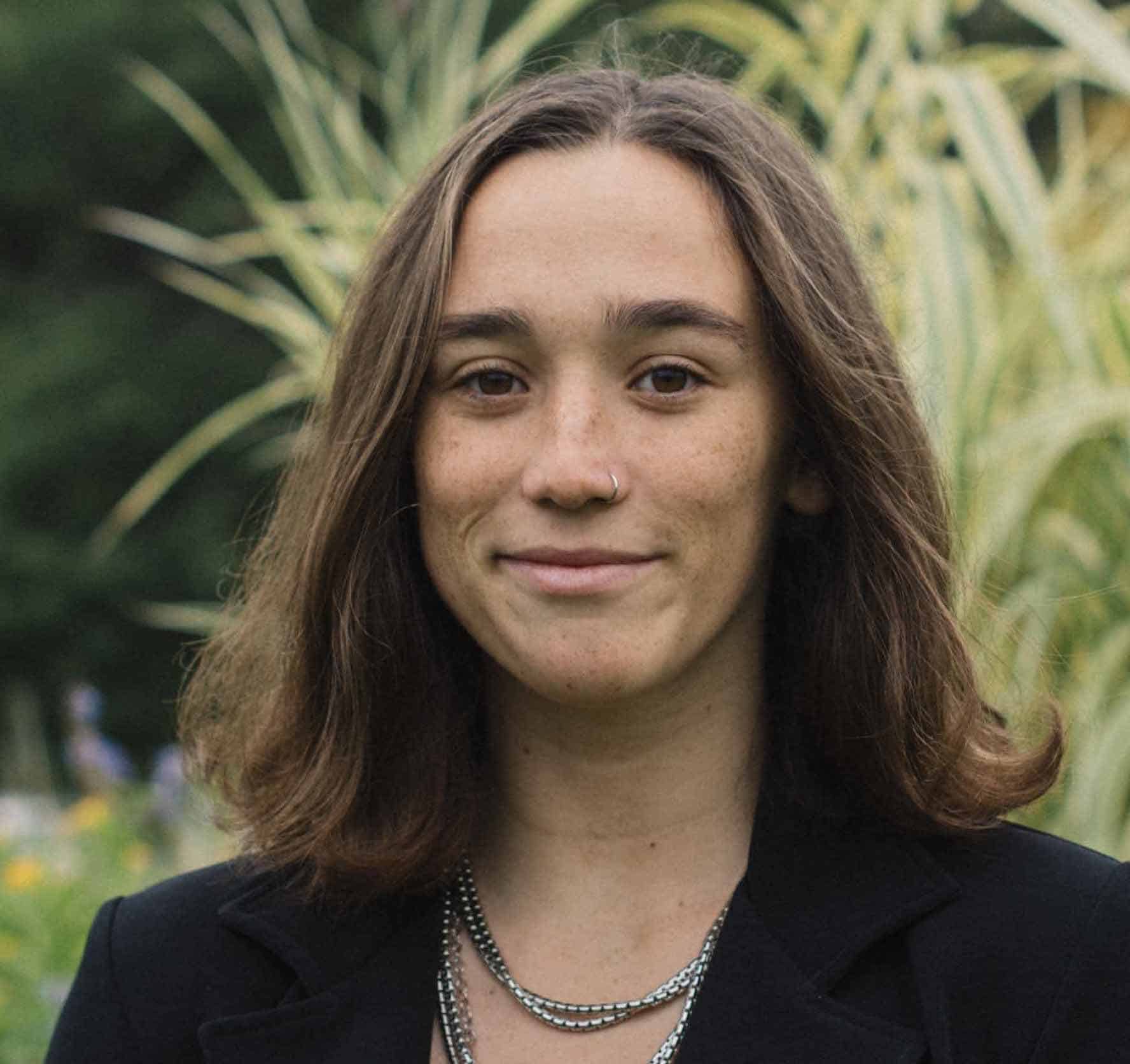 Francesca Mathewes is a freelance journalist based in Chicago, Illinois. She covers local politics, urban development, transportation and social justice.

In the haze of the California wildfires, a Native American tribe’s independent electricity grid saved the day. Is a new model for energy in America rising from the ashes?

What Is the Future of America’s Greenest Town?

After a tornado, Greensburg, Kansas rebuilt as a shining example of red-state sustainability. It wants to be more than a curiosity.

The City Owned by Locals

In South Bend, Indiana, a unique development model is putting ownership into the hands of hundreds of local residents — and giving big developers a run for their money.