Making a Desk with 10,000 Recycled Chopsticks

A German engineer asked restaurants for their used chopsticks — and a sustainable furnishings business was born.

Felix Böck remembers the evening five years ago when the solution popped into his mind while he was having dinner with his girlfriend at a sushi restaurant in Vancouver. The engineer and carpenter had just returned from a conference with 60 representatives of the biggest international woodworking companies, where he had presented sustainable solutions for wood waste. He had garnered applause for his presentation.

“I expected people to queue up after my talk, eager for more information about how we can log less timber and use more recycled wood instead,” Böck says, “but after they applauded, they all went for dinner.”

While he was venting his frustration, “My girlfriend said, Felix, sometimes you have to start very small.” Still irked, he watched the waiter swipe the used chopsticks into the trash when the idea hit him: “What if I start really small, with chopsticks?”

“Suddenly, I understood that I had to show people how circular economy works instead of just talking about it,” Böck says passionately. “What if I could build a profitable, sustainable business based on something as small and insignificant as chopsticks? I immediately got going the next morning because as an engineer, I already knew it would work.”

Most chopsticks are made from bamboo, a fast-growing plant that is very strong. With the need for wood increasing by 60 percent worldwide in the last 60 years — way more than can be logged sustainably — bamboo has often been touted as a sound alternative. Böck wanted to demonstrate bamboo’s potential as a wood replacement and keep chopsticks out of landfills. He set out to build a business that would do both, all while keeping the sourcing and production local.

The next day after his sushi dinner, he took the first steps toward what would become ChopValue. He brought recycling bins to the restaurants in his Vancouver neighborhood and promised to come by every week to fetch the used chopsticks. He also got to work building the first prototypes made from chopsticks in his woodworking lab: coasters and cutting boards. “The restaurant owners were happy because they have less trash to get rid of; I am happy because I can use a precious resource, and the customer gets high-quality products.”

He was driven “by the motivation as an engineer, to show what great product one can manufacture from something that is regarded as worthless, as trash.”

Böck estimates that in Vancouver alone, restaurants trash 100,000 chopsticks every day. In Asian cities like Singapore, the daily numbers are in the millions. He also chafed against the utensils being shipped thousands of miles for a half hour of use in a restaurant. “You cannot possibly feel good about this,” he says.

According to ChopValue’s latest impact report, “If produced locally, bamboo has an even lower environmental impact than tropical hardwood and can grow on slopes deemed unsuitable for agriculture or agroforestry crops.” However, shipping bamboo over long distances and then discarding the sticks after a single use means wasting a precious resource. “The remanufacturing of bamboo chopsticks offers the opportunity to utilize this wasted resource and to treat it as a valuable raw material,” the impact report states. “Our resource is what others may view as waste — that means we don’t take virgin materials from the environment.”

Böck’s 35 employees now collect 330,000 chopsticks from restaurants in Vancouver every week, including from the food malls at Vancouver International Airport. “Wastewater is always an environmental burden,” Böck says. So, instead of using water to clean the used sticks, his workers disinfect them at 400 degrees Fahrenheit before pressing them in the hydraulic machines he designed “to achieve exactly the density needed for the various products.”

They build shelves, desks, wall panels, dominos, stairs and more. For a desk, Böck needs about 10,000 sticks. “Our material has a similar aesthetic to tropical woods, and we hope that the beauty in this chopstick-based material can inspire woodworkers to consider more sustainable alternatives rather than extracting new resources from the environment.”

ChopValue means more than kindling a niche project: By now, Böck has saved more than 70 million chopsticks from landfill — not only in Canada, but also in Asia and the US. He has licensed 60 ChopValue microfactories with two to 10 employees each, and 15 of them are already up and running: from Bali to Boston, from Singapore to Liverpool. He organized ChopValue as a B Corp; the company meets the environmental standards of Best for the World certification and reinvests the profits to expand. The World Economic Forum evaluated his data and confirmed that Böck is “creating jobs as well as using resources in the most sustainable way possible.”

Böck already had the right chops for the job. The now 33-year-old German engineer learned traditional carpentry in rural Bavaria before studying wood engineering. During his studies, he specialized in sustainability and went to Vancouver for his thesis on sustainable business ideas. There, he met his girlfriend, now wife, and was looking to start a wood recycling project with discarded wood waste from construction sites, but he couldn’t find any partners.

He had also worked as a consultant for car and construction material manufacturers and had developed a formaldehyde-free glue. Thus, he immediately knew how to glue the upcycled chopsticks material without toxic chemicals. The only things he had to acquire were the machines and hydraulic presses. Within weeks he had the first microfactory up and running in a Vancouver warehouse in 2016.

To accomplish his idea of a low CO2 footprint, he collects and uses the resource locally. “Ideally, when a customer in Singapore places an order, my colleagues in Singapore will manufacture his products from local chopsticks.”

His vision is to license at least 100 microfactories across the globe, to give new life to 1.5 billion chopsticks. But even this is only the beginning for him. “It might sound funny or crazy, but the idea with the chopsticks is the first international proof of a profitable circular economy.” Ideally, as in the Vancouver restaurant Pacific Poke, customers will eat their sushi on tables and in front of wall panels made from chopsticks previous customers have discarded.

Because Böck has big ambitions, he also acknowledges that his form of upcycling is “just a drop in the bucket. We are effectively recycling 0.015 percent of the global trash problem.”

What he really hopes is that “in the future, every city adopts the concept of urban recycling instead of just transporting their trash out of town and say, great, now we’re done, the trash is gone,” Böck says, “because trash is never gone. If we can create an environmentally friendly method to redefine more or all of these materials so that we turn trash into a new resource and create new high-quality products, then I have done my part.” 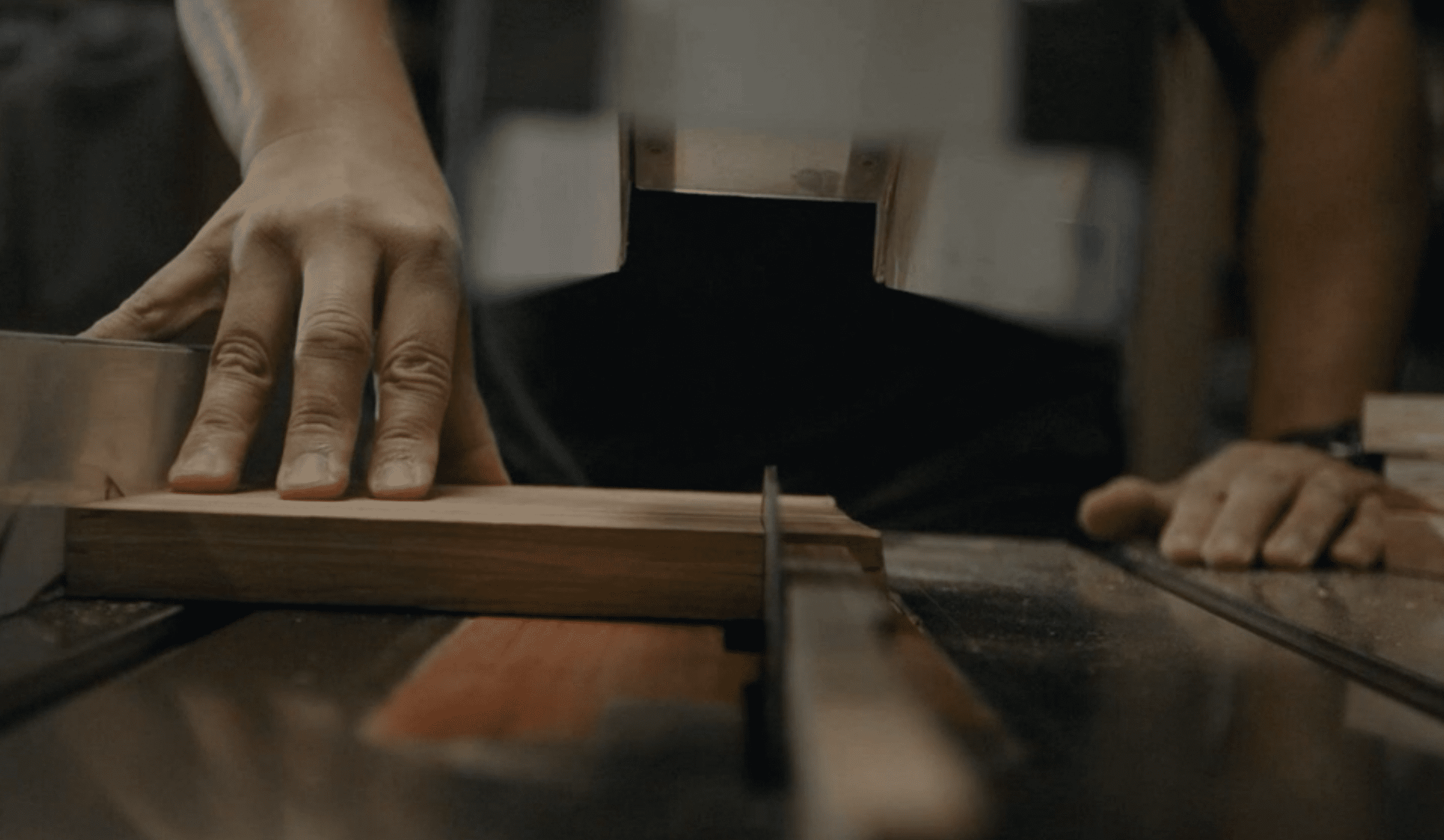 Watch a video, made by ChopValue, about crafting furnishings out of chopsticks.

In Kamikatsu, recycling isn’t just an environmental imperative — it’s the glue that unifies a community.

Amsterdam’s Instant Fix for Getting Rid of Junk Mail

By only delivering it to people ask for it, the city is saving thousands of tons of paper per year.