Oregon’s New Hard Drugs Policy Is Both Radical and Sane

Legal magic mushrooms? Tolerance for heroin and meth? It’s not as crazy as it sounds.

Last week’s U.S. election made winners of wide swathes of people, policies and ideas. One of those winners was progressive drug policy — and not just for marijuana.

Four states — New Jersey, Montana, Arizona and North Dakota — voted by large margins to legalize marijuana. But the truly groundbreaking news came from Oregon, which decriminalized marijuana possession in 1973. Last week, voters there approved two unprecedented changes to American drug policy: the legalization of the use of psychedelic mushrooms, and the decriminalization of the possession of hard drugs like methamphetamine, LSD, oxycodone and heroin.

It’s important to note that legalization and decriminalization are not the same thing. Under the new Oregon laws, legalization will permit the regulated sale and consumption of psilocybin mushrooms, whereas decriminalization means that, rather than jail time, those who are caught in possession of certain hard drugs will face up to a $100 fine.

The notion that getting busted with heroin could be met with the equivalent of a traffic ticket might seem crazy to the average non-Portlandian. But in fact, approaches that take a less punitive approach to hard drug use have shown promise elsewhere.

Sanho Tree, director of the Institute for Policy Studies’ Drug Policy Project, understands why some might be skeptical of policies like Oregon’s. “Most of the solutions to our drug problems are counter-intuitive in nature,” he says, adding that punitive measures only inflict further harm on those struggling with addiction, and that drug enforcement incentivizes illicit production. “We don’t know what the ultimate, ideal drug policy should look like,” says Tree, “[but] pieces of that mosaic exist all over the world… There are lots of lessons to be learned.”

Here are a few places that have approached drug policy from a different perspective, and proven that a softer touch — even with hard drugs — can work.

Drug use is inseparable from the physical space it occurs in. Cities around the world have taken steps to make those spaces safer.

King’s College London scholar Stephen Parkin, who studies drug use from the perspective of physical space and social behavior, writes that drug criminalization makes drug use more dangerous than it otherwise would be: “Urgency is required to avoid detection and interruption and often results in inappropriately prepared drug solutes as well as the rapid administration of the actual injection.” Supervised injection sites (SIS) provide an alternative.

SISs are facilities that provide sanitary, secure rooms where users can inject drugs like heroin with clean needles under supervision from nurses and other medical staff. One of the best known of these facilities is Insite, founded in 2003 in Vancouver’s Downtown Eastside neighborhood, an area that once had HIV rates higher than anywhere in the world outside of Sub-Saharan Africa. It’s the oldest legal SIS in North America, and its success has become an international story, attracting curious experts and politicians from cities across the United States.

A 2011 study published in The Lancet found that, within two years of Insite’s opening, overdose deaths within a 500 meter radius decreased by 35 percent. In the 17 years since Insite was founded, out of 3.6 million visits and despite 6,440 on-site overdoses, not a single person has died from an overdose there. An evaluation of a similar SIS in Sydney, Australia found that that facility, over the course of a decade, had overseen 600,000 injections and zero deaths.

Critics have argued that lowering the relative risk of injection might encourage drug use — known as the ‘honey-pot effect’ — but Sydney and Vancouver have found no evidence of this. Perhaps this is why researchers have found that SISs don’t lead to increased loitering or crime and typically become accepted by their local communities.

Given that over 100 legal SISs have popped up in over a dozen countries since the first one opened in Bern, Switzerland 34 years ago, the U.S.’s lack of such facilities is starting to make it an outlier among high-income countries. Plans to open America’s first SIS in Philadelphia are currently on pause after legal and community conflict.

In 1994, Switzerland took a controversial step to address its heroin epidemic: more easily accessible heroin — with a few conditions, that is.

At the time, the country was struggling against a rising tide of heroin overdoses and the highest rate of HIV/AIDS in Europe. As part of the 1994 overhaul of its narcotics law, scientists and policymakers planned a pilot study of heroin-assisted treatment (HAT) programs. Drug users were prescribed heroin for supervised use in combination with other drugs like methadone and therapy. For those who qualified — mostly heavy users for whom other addiction treatments had failed — the program offered a safer means of using (or reducing their use) the drug.

The promising early results convinced lawmakers, and in 1998 the program was expanded via executive order. It proved wildly popular with the public — in 2008, a referendum to end it failed by 36 points.

No wonder. One study found that after six months in a HAT program, daily heroin use by participants dropped from 81 percent to six percent. As two decades and dozens of subsequent studies have shown, that wasn’t an aberration. A 2012 review concluded that HAT programs dramatically reduced continued use of street heroin , and led to greater participant retention, reductions in criminal activity and reintegration into stable housing, employment and drug-free social relationships. HAT programs in Switzerland also helped reduce HIV rates and overdoses. In 1992, roughly 700 people per year died as a result of narcotics. By 2002, overdose deaths had fallen to 214, and for the last decade have remained under 140 per year.

Similar HAT programs have since launched in a number of countries including Germany, Canada, Spain, the Netherlands and the United Kingdom.

Portugal: decriminalization with a twist

For almost two decades, Portugal has served as the world’s most famous experiment in decriminalizing hard drugs. And though its story is often told in a maximalist way, a bit of nuance paints a clearer picture.

In 2001, amid a surge in drug use, overdoses and related arrests, the country decriminalized small-scale possession and use of all illicit drugs. While this move drew a lot of attention, equally important were the accompanying prevention and treatment measures. As UC Berkeley Assistant Professor of Emergency Medicine Hannah Laqueur wrote in a 2015 review: “What may be most significant about decriminalization in Portugal is… it reflected and supported Portugal’s evolving shift from a penal to a therapeutic approach to drug abuse.”

Some of the early results were mixed. While rates of opioid deaths, HIV and hepatitis fell following decriminalization, murders and arrests for drug trafficking increased before falling later on. Hard drug use didn’t explode, but casual use of certain substances — especially cannabis — increased, mostly among young people. In 2015, Portugal had only about 40 drug-induced deaths in a country of 10 million people, among the lowest rates in the European Union.

Other statistics paint a fuller picture of Portugal’s success. As of 2017, three quarters of all high-risk opioid users were actively engaged in medication-assisted treatment. And though possession does not come without consequences, those who are caught are often referred to treatment centers in lieu of fines. As such, overcrowding in Portugal’s prisons has eased, an effect likely replicable in the United States, a country whose prison population is a quarter of Portugal’s entire population.

Among U.S. cities that have moved away from punitive measures for drug offenses, Seattle stands out. Its Law Enforcement Assisted Diversion (LEAD) program began in 2011 as a four-year pilot program designed to break the cycle of incarceration by offering low-level offenders “driven by unmet behavioral health needs” with alternatives to jail.

LEAD grew out of a recognition that throwing low-level offenders in jail wasn’t solving anything. While local leaders had no discretion over decriminalization, they knew that, in terms of reforming punishments, they could make a difference.

Rather than charging and incarcerating low-level offenders like drug users, LEAD connects them to case workers. From there, based on individuals’ needs, they can access drug treatment, job training, housing placement, mental health counseling, legal advocacy and other social services.

Though its scalability is the subject of debate, the program is largely seen as a success. A 2017 peer-reviewed study found that LEAD program participants were 60 percent less likely to be arrested in the first six months after program entry. Another evaluation found that LEAD participants were 89 percent more likely to be housed and employed in any given month after their arrest than the month prior. Moreover, researchers found that being housed and employed reduced subsequent arrests by 17 percent and 33 percent, respectively.

Today, the LEAD model is being adapted in nearly 60 jurisdictions across the United States.

By combining equitable criminal justice and addiction policy, LEAD advances the mission of meeting with necessary help instead of punishment deemed necessary. As Lisa Daugaard, one of LEAD’s primary architects and a 2019 MacArthur ‘Genius’ award recipient, says in her MacArthur testimony: “A paradigm shift is possible.” 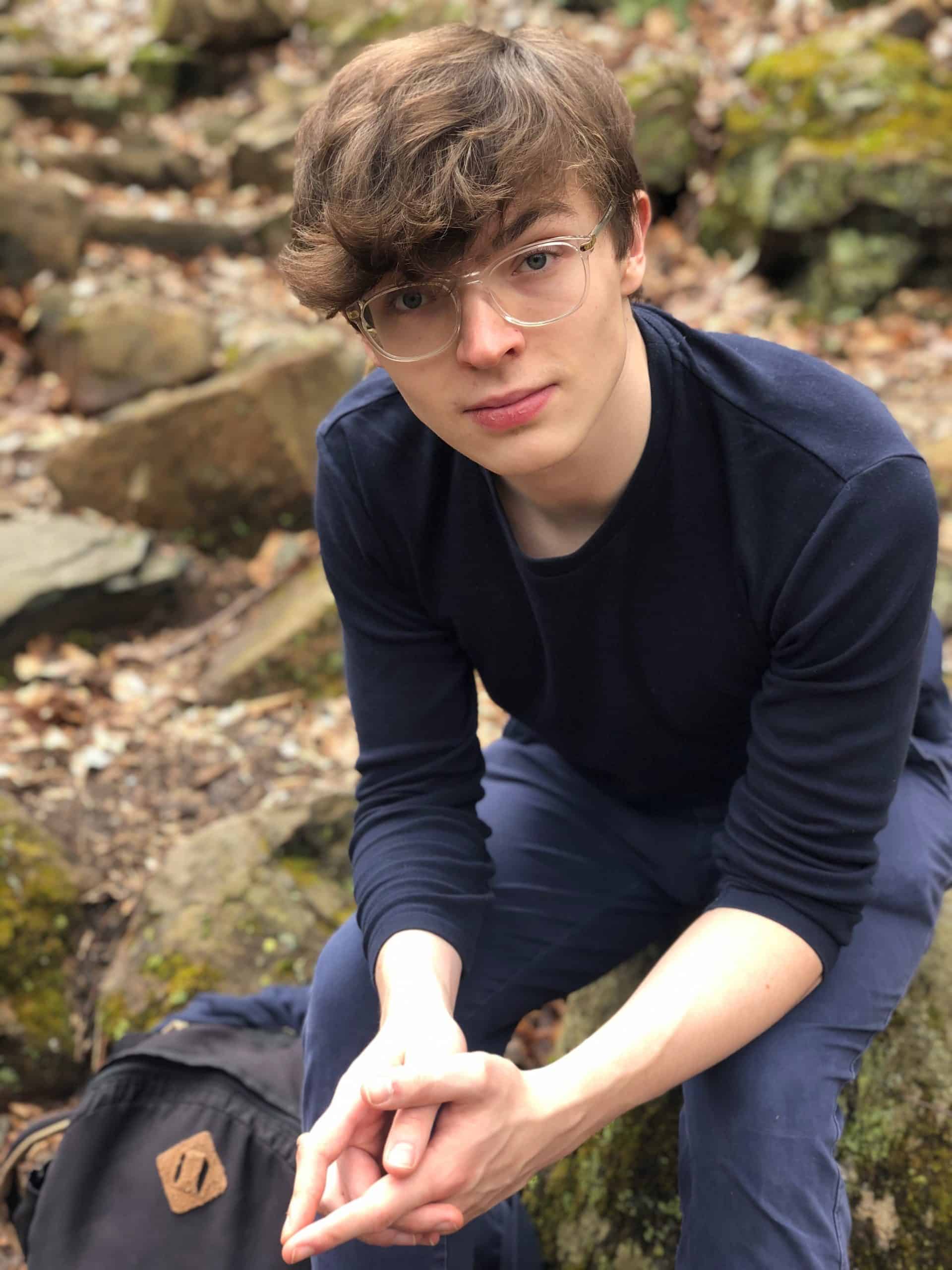