When Jack Kloppenburg looks out over his sprawling vegetable garden in rural Wisconsin, he sees half a dozen arm-thick green-striped squash called Candystick Dessert Delicata, and a gaggle of bright yellow Goldini squash among the lush green. “These are so delicious!” he exclaims with all the enthusiasm only a lifelong gardener can muster. But what’s special about the vegetables is not just their taste: They have all been grown from open source seeds developed by Oregon farmer Carol Deppe, a Harvard-trained geneticist and board chair of the Open Source Seed Initiative (OSSI).

Most people have heard of open source software, maybe also of open source beer (Free beer for all!) or open source pharmaceutical research. The principle is the same: Someone developed the seeds — for cowpeas, corn, rye and more — and now offers the resource for everybody to share.

Just like software development has been co-opted by a few global companies like Microsoft and Apple, the international seed development and trade, too, is controlled by a few big giants like Bayer (Monsanto), Corteva (DuPont) and ChemChina (Syngenta). A 2012 Oxfam study found that four companies dominate more than 60 percent of the global trade with grains.

When we buy cereal or bread, few pay attention to the fact that most grains are protected or even patented. Most farmers don’t own the seeds they sow on their fields. “They are renting them,” Kloppenburg, professor emeritus at the University of Wisconsin-Madison and co-founder of OSSI says with disgust. The problem with that? “A few global companies have the monopolies on global seed trade, and they breed cash crops like corn and soy, purely for money. They don’t care about biodiversity, world hunger or about the small farmer.” What sounds like a business problem impacts everybody, Kloppenburg insists. “These few gene giants on top of the food chain decide what ends up on our plates.”

In 2012, Kloppenburg and half a dozen like-minded agriculture experts founded OSSI as an alternative to the monopolies. OSSI’s aim is the “free flow and exchange of genetic resources, of plant breeding and variety development,” Kloppenburg says. With global warming, disease and changing climatic patterns, “we need novel plant varieties that are capable of responding to the changes. Farm to table is popular, but we really need to talk about seed to table.”

The movement faces an uphill battle, particularly in the US where most farmers plant seeds that are patented by the big corporations. Still, about 50 seed breeders have already signed on with OSSI in the US to offer nearly 500 seed varieties. And other open source seed organizations are making their own way in Europe, Argentina, India and more.

From pledge to plant

In many ways, OSSI’s principles were the principles of farming for centuries. Farmers and seed breeders worked together to produce seeds that flourished under local conditions. The farmers saved a percentage of the seeds and sowed them again the next spring. However, this is not a lucrative model for profit-oriented multinational companies, since the seed breeders only earn a profit during the first sale and not again every year.

Of course, salad is no software, and the work of plant breeders has to be protected. Otherwise they might fare like plant breeder Jim Baggett in Oregon, who in 1966 started breeding broccoli with an extra-long stem so it could be harvested more easily. He shared his novel broccoli with researchers and other breeders — until Monsanto-offspring Seminis patented a broccoli with exactly that trait in 2011. Baggett could trace more than a third of the plant material to his work. Similarly, University of Wisconsin professor Irwin Goldman developed a particularly red carrot only to learn in 2013 that Seminis had applied for a patent for a particularly red carrot. Or take Frank Morton, an independent breeder in Oregon, who developed a deeply red salad, only to realize that a Dutch seed company then got the patent for the red salad.

“We believe that ecological plant breeding has to go beyond developing increasingly profitable cash crops,” plant breeder Kathrin Neubeck, head of an ecological farm in Germany, says about her reasons for participating in the open source seed movement. A global version, GOSSI, now exists in a dozen countries, including Argentina, Thailand, Germany, Italy and India. “We also have to advocate for the ecological breeding of rare varieties and protecting genetic resources.”

Kloppenberg is especially concerned about the global south. “With the saturation of most commercial seed markets in the USA, Canada, the European Union and Australia, the big players are looking to the global south for new customers. Their target is the tens of millions of peasants and small farmers who still save, replant, share, exchange and even sell seed.” Kloppenburg is currently working with farmers in Kenya to help empower them by registering their seeds under OSSI principles.

Examples of OSSI varieties include dwarf tomatoes, bred for people with little space by small farmers in North Carolina and Australia who worked together and exchanged information across continents. A new rye, called Baldachin, has been developed with the help of crowdfunding in Germany specifically for the sandy soil in East Germany and is for the first time available in bakeries this fall. Also potatoes, corn, wheat and nearly everything else you need to cook dinner.

Legally, Open Source Seeds (OSS) in Europe works slightly differently because of EU seed protection laws. While in the US the OSSI pledge would be hard to enforce if challenged in court, Johannes Kotschi, the founder of OSS Germany, went with an open source licensing model. The license is printed on every OSS seed package in Europe. Whoever opens an OSS package agrees to never patent these seeds or future breeding of them. OSS cooperates with bakeries such as Le Brot in Cologne that offer bread baked with OSS wheat and rye, not least to raise awareness.

Just like software, “we want to go viral,” Kotschi says. In North America, he notes, cannabis breeders are interested in the OSSI strategy. “Cannabis is going to be a multibillion dollar market,” he says. “The small breeders fear for their seeds. They are interested in using the open source license to protect themselves while making the seeds available to others.”

Also similarly to computer software, where initially only a few users developed open source software like Linux, the market share of open source seeds is currently too small to be measured. But just like Linux, they fulfill more than a side role. They spur innovation and creativity, and make room for local and regional interests.

“It’s a delicate seedling,” Kotschi says about OSS. But with the right support, it can grow into a mighty tree. 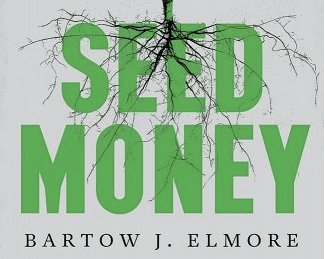 European Seed outlines the recent history of seed protection laws in the EU.

Locally Grown Food Could Have a Big Impact in Alaska

In a state where a trip to the supermarket sometimes requires getting on a plane, biomass-powered greenhouses could be a game-changer.