Tight-Knit Communities Are a Secret Weapon Against Climate Change

Research shows that “social infrastructure” saves lives in extreme weather events. Now some groups are working to actively build it.

When Winter Storm Uri hit Texas in February 2021, bringing single-digit temperatures and sheets of snow to Dallas, Susana Edith and a group of volunteers distributed lentil soup and winter gear to unhoused people in their community.

“A lot of us had a sense of urgency and were called to action at that moment,” Edith said. “We were out in the streets while the storm was happening.”

Edith is the founder of Lucha Dallas, a community-based collective that coordinated with other mutual aid groups in North Texas to bring food, warm clothing, sleeping bags and tent warmers to their unhoused neighbors; they even raised cash donations to pay for hotel rooms for those who could not access shelters.

Like millions of Texans across the state, Edith’s own household was without power and heat. The frigid temperatures, snow and ice caused a catastrophic failure of the state’s power grid; within days, some 12 million residents lost access to safe drinking water. The disruptions disproportionately affected low-income communities and communities of color, and the consequences were deadly. The state’s official death toll reached 246, but a Buzzfeed analysis found more than three times as many people likely died from the storm.

Edith said she and her neighbors felt abandoned by the local government.

“There’s no other means of survival for us,” Edith said. “If we’re not looking out for each other and helping each other, giving each other a hand, no one else is gonna do it.”

Across the country, people are increasingly relying on mutual aid — cooperative assistance adherents describe as “solidarity, not charity” — to get through climate-related disasters.

The practice is nothing new. Communities of color and other marginalized groups have long relied on mutual assistance when government services fell short. But now, many frontline communities are taking up the practice as a way to become more resilient in the face of increasingly extreme weather.

Communities where neighbors check in with each other and have someone to call during a crisis are better prepared to face climate emergencies, according to a Tufts University study published in September. Researchers conducted interviews in two Boston neighborhoods that are at risk for flooding and heat waves over the course of six months; they found that the more connected people were with neighbors, church communities and colleagues, the more likely they were to know about resources and services offered during extreme weather.

“Being socially isolated while trying to deal with an extreme weather event can be deadly, particularly for those who are more susceptible to dying from extreme weather,” said Rev. Vernon Walker, a co-author of the study and program director of Communities Responding to Extreme Weather (CREW), which co-published the report.

He referenced a study by the sociologist Eric Klinenberg on the 1995 Chicago heat wave that killed 739 people over five days; Klinenberg found that social isolation contributed to the death toll.

“For [CREW], it makes sense to help build social infrastructure in a community [to] increase the likelihood of people surviving during these extreme weather events,” Walker said. During a heatwave, that social infrastructure might look like neighbors calling and checking in on the most vulnerable in their communities — often the elderly or disabled — and asking if they need a ride to a cooling center, he said.

To that end, CREW hosts community workshops on topics like preparing for extreme heat, where volunteers hand out cooling kits with water and cooling patches. But most importantly, it’s a way to bring people together, Vernon said.

“What we mean by social connectedness is allowing people to get to know each other that might not have known each other, and also fostering that spirit of collaboration,” Walker said. “So when the storms come, and the heat waves happen, and the rain descends, people are looking out for each other.”

Walker’s example is taking on growing urgency. This past summer, Boston experienced a record-breaking heat wave that dragged on for days.

For Matt Peterson, a Queens-based documentary filmmaker, Superstorm Sandy revealed the importance of community in getting through a disaster.

After Sandy struck the city and flooded much of the coastline, Peterson volunteered with Occupy Sandy, delivering supplies to hard-hit neighborhoods. “You expect all these infrastructural logistics to just work in America, in New York City, and then they shut down. They don’t work,” Peterson said. “It was a wake-up call.”

Two years later, he and a dozen friends founded Woodbine, an “experimental hub for developing the practices, skills, and tools needed to build autonomy.” They organize a farm share, offer yoga classes, screen films and host lectures on topics including universal healthcare and climate disinformation.

When the pandemic struck, Woodbine — and the surrounding, working-class neighborhood of Ridgewood — mobilized. Volunteers distributed food at the center five days a week, made cloth masks and created fliers in English and Spanish with COVID-related resources and information.

“We were able to meet hundreds or thousands of people in the neighborhood that circulated through our space and came to our activities and events,” Peterson said. “But it wasn’t until COVID that there was really an opportunity to fully mobilize that network of all these people, and to see how it could be applied in a very local, neighborhood way.”

The center’s food pantry is now open twice a week. On Sundays, Peterson and his co-volunteers organize a donation-only dinner open to anyone in the neighborhood.

“A resilient neighborhood would have to be a neighborhood that knows each other, that knows who the people are, what their issues are, how to get in touch, how to communicate,” Peterson said. The neighborhood network is in a “better position” if another disaster hits, he said.

Mutual aid is predicated on the understanding that everyone in a community has something to contribute and may need help at some point. “We’re not some special, different tier of people that just providing a service,” Peterson said. “We also are benefiting from all the resources and energies and skills and networks that other people [bring].”

Edith of Lucha Dallas is a single mother of two boys and said she became involved with mutual aid to reciprocate the help she received when she left an abusive relationship. She said members of her community opened their homes to her, provided financial assistance and offered emotional support.

“For me, it was just a way to be able to pay back what the community was providing me at the time,” she said. “My mom has always taught me that community is really important and to pay forward whatever someone is able to provide you.” 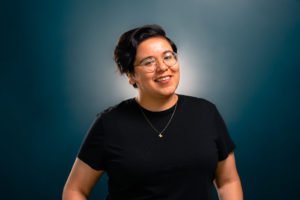 Yvonne S. Marquez is an independent journalist and audio producer based in Brooklyn.