How an unusual ritual led to fewer child marriages, less flooding, a boom in girls’ education — and a cultural transformation.

On a sunny afternoon, bright-faced schoolgirls chatter gaily as they walk past a forest in Piplantri, a village in the Indian state of Rajasthan. “Here’s mine,” shouts one, as she gently touches a young neem tree. “And mine,” smiles another, under an Indian gooseberry that has scattered its tart fruit on the forest floor. The woods are alive with birdsong and the girls’ laughter.

“Fifteen years ago, this was barren, dry land,” says Shyam Sundar Paliwal about the area. “Instead of this forest, trees and the clean air you are breathing today, all we had then, was marble dust.”

In 2007, he planted the first tree, a tropical evergreen called a kadam, in memory of his 17-year-old daughter Kiran, after she died of dehydration. “The transformation of Piplantri began with her,” he says. “If only she were here to see it today.”

What Kiran would see is nearly 400,000 trees of various Indigenous varieties. Their growth has prompted an improvement in the status of the village’s girls and women, and is repairing environmental damage caused by decades of marble mining.

As Shyam Sundar and his wife, Anita, grieved the loss of their bubbly teen over a decade ago, they became painfully conscious that in Piplantri, as it is across most patriarchal communities in India, people preferred sons over daughters.

Anita, who is Piplantri’s sarpanch (elected head of an Indian village), recalls hearing about old midwives who could deduce the sex of the fetus from the pregnant mother’s gait. “They’d administer secret herbs to induce abortion when they suspected that it was a girl,” she says.

After the ritual mourning period of 13 days, the Paliwals planted the tree for Kiran. Soon, Shyam Sundar was convincing other villagers to honor their daughters by planting trees in their name. “As sarpanch, I began using government funds available for village development to plant and maintain 111 trees for every newborn girl,” he explains. (He held the position before his wife was elected.) “Eventually, as the trees grew, more bought into the idea.”

The approach connects to eco-feminism — which draws a direct correlation between how a society treats women, people of color, and the underclass and how the natural environment is treated. India’s Chipko (treehugger) movement has long equated women and the earth for their life-giving and nurturing abilities. It took root as a protest against commercial tree felling in 1971 and inspired local women to protect trees from the logger’s ax by actually shielding them with their bodies.

Prem Bai Rajput, mother to six daughters, was one woman who embraced the Paliwals’ tree planting idea. She and her husband, a marble miner, planted 111 trees around their house, fields and village commons for their youngest three progeny.

“My elder daughters were born before this project began,” she says. “Many of our relatives sniggered that I could only bear girls.”

But by the time Rajput’s fourth daughter entered the world, the village community collectively gifted the newborn with 31,000 Indian rupees (about US$380) in a fixed deposit account for her education or marriage expenses.

That’s because in 2007, the community also adopted the practice of giving each girl born in Piplantri funds they can access when they turn 18. In turn, the parents pledge to not only educate their girls, but ensure they marry only after turning 18 (26.9 percent of girls in rural Rajasthan are married at 18).

“It seemed as if the greenery, cleaner air and cooler temperatures created by the trees planted for our girls, made people realize they too have value,” Rajput says. “The snide whispers still haven’t stopped completely today, but they’ve definitely reduced!”

Anita avers that today, every single girl in the village attends school, in sharp contrast to the rest of the state, which has a literacy rate of 57.6 percent for women (compared to 80.8 percent for men) — the highest gender divide in literacy among all Indian states. The reason for this, Shyam Sundar says, is that Piplantri has two higher secondary schools so girls do not have to travel long distances (as they have to do in other villages) to study.

Kala Devi Paliwal (no relation to Anita and Shyam Sundar), who plants and maintains saplings for the village committee, says things have changed dramatically for girls in the village: “We couldn’t even step out of our houses unescorted, but today, not only are our daughters all studying, even many [married women] are working and independent.”

The tree planting drive hasn’t just prompted a cultural shift. The thriving greenery has improved the air, water, soil and microclimate. Years of marble mining had left the landscape severely denuded. But today, while neighboring villages are enshrouded in marble dust, Piplantri’s air is noticeably cleaner. Locals attest that groundwater, especially in the forested areas, can be found at 4.5 to 6 meters. Before 2007, groundwater levels had fallen below 152 meters.

“Farming had become impossible, forcing locals to migrate to cities — or the marble mines — for better livelihoods,” Shyam Sundar says.

In a preliminary assessment of the soil in the forest of Piplantri, Hemlata Lohar, a conservation scientist with a doctorate in carbon capture and sequestration, says that increased organic matter in the soil has enriched it and improved its water holding capacity. “This district saw heavier than usual rains this year, but unlike in neighboring stony desert areas, there was no flooding here. This is partly because the trees are aiding water absorption,” she says.

Locals are directly benefiting from these changes. Young mother Meetu Kanwar, six-month-old daughter Anita astride her hips, plucks fresh lemons to make chutney with: “It works both ways — we look after these trees, and they look after us.”

Not far from the verdant village forest, however, mining and dumping continue unabated. Motivated by Piplantri’s tree-planting (and perhaps to earn some greenwashed brownie points), some mining companies have started greening their old dumping grounds, even developing small water bodies for animals and insects. “I reckon it will take hundreds of years for these hillsides to become naturally forested,” Shyam Sunder comments wryly. “But this at least minimizes dust and allows the trees to extend their therapeutic influence on this degraded land.”

The Paliwals say that all the funds for planting and upkeep come from the government. However, the high level of maintenance, expenditure and dependence on a few driven individuals makes replicability challenging. Also, with no training in forestry or eco-restoration, Shyam Sundar planted some exotic trees that need more attention than native species.

“But this planted forest is definitely sequestering enough carbon and creating the right environment for endemics to eventually grow naturally,” says Pankaj Sharma, a conservationist working on a project to develop sustainable marble entrepreneurship.

And in 2018, the Rajasthan government developed a training center to educate people on the “Piplantri Model” of water harvesting and tree planting.

The plan now is to set up women’s cooperatives to sell forest produce like honey, Indian gooseberry products and bamboo — all of which are now being harvested from the village’s green commons. Direct economic benefits from the forest that accrue to women could ensure the continued protection of both.

Meanwhile, the Paliwals’ biggest joy is their second daughter, a schoolteacher with a family of her own now.

“She’s flourishing, the trees are flourishing,” Shyam Sundar says. “Girls, trees, water, biodiversity, village commons — only when they flourish together, can one dare to have hope for the future.” 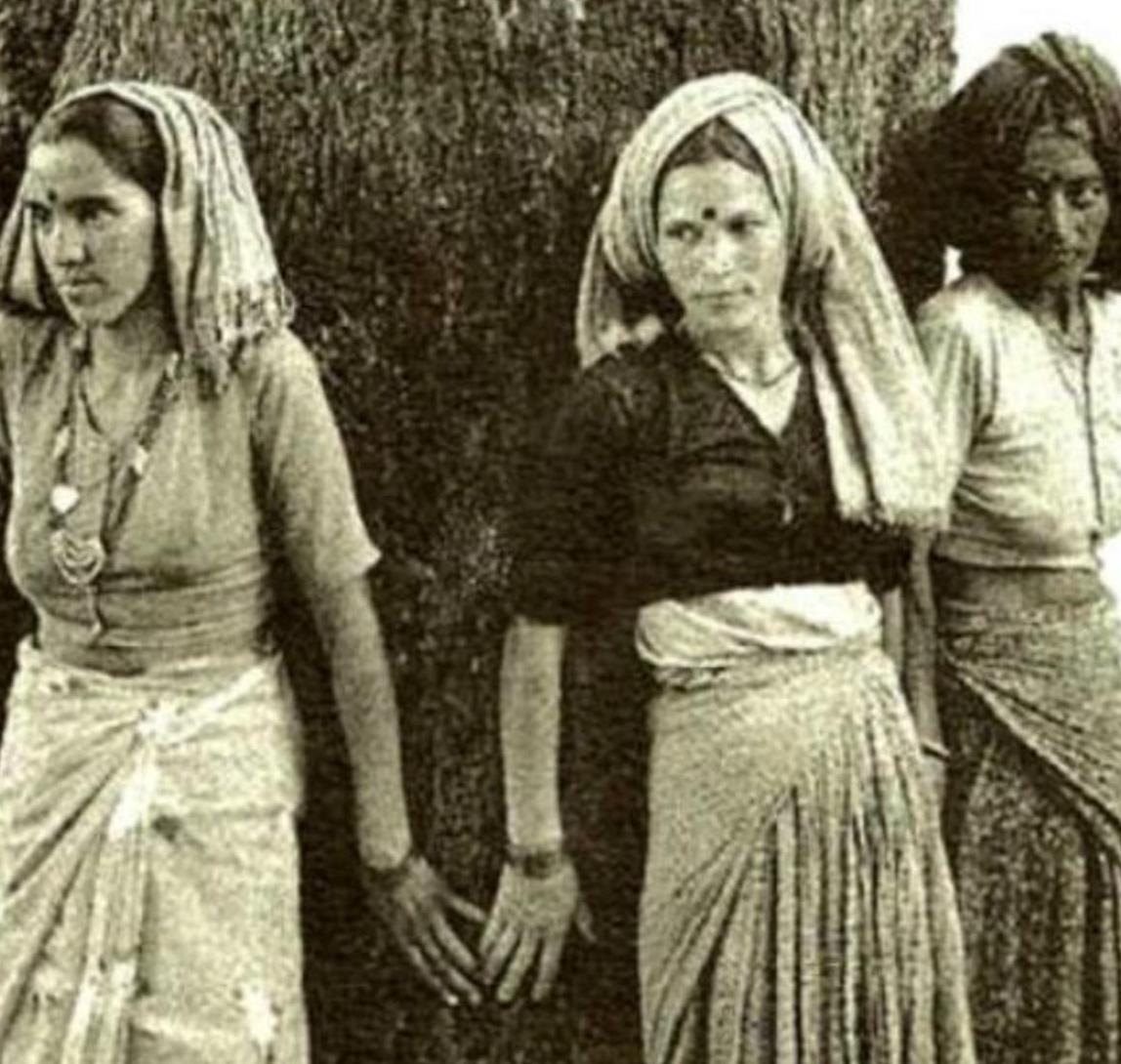 India’s eco-feminist Chipko movement dates back to the 18th century. 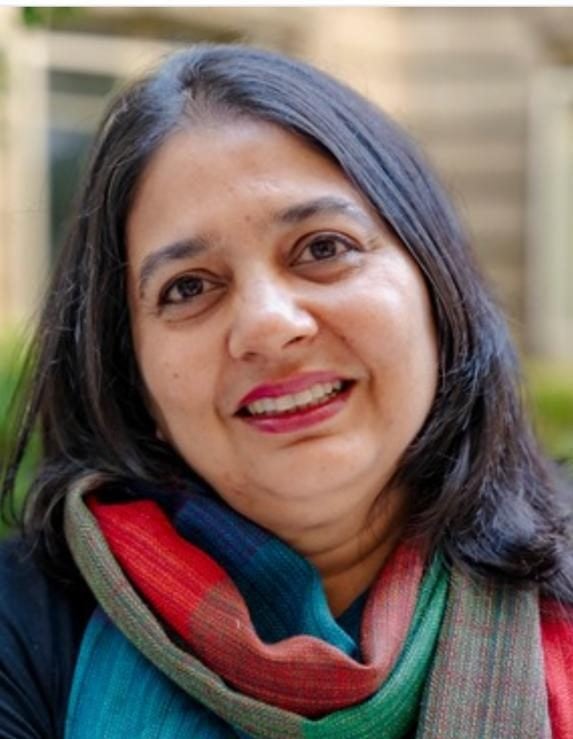 Over the last two decades, Geetanjali Krishna has travelled across India to report on the environment, climate change and global health. She co-founded The India Story Agency, a cross-border media collaborative with London-based journalist Sally Howard in 2020. One of the 16 awardees of the Global Health Security Grant 2021 by the European Journalism Centre, her recent by-lines can be found in Times, The British Medical Journal, BBC Future, The Third Pole, and Business Standard.

“I call it a ‘do-what-you-can day’ — stay at home, take it easy, cancel all your appointments, or come in and work as usual.”

In a country where sexual harassment is common, gatherings where women can cut loose without fear are a welcome respite.