A groundbreaking law directs city agencies and employees — from cops to librarians — to root out practices that cause trauma. Already, lives have been saved.

In the year since Donna Bruce started working at the Baltimore public library’s Penn North branch, she has connected more than 400 visitors to housing programs, food assistance and substance abuse recovery options — and saved a man from dying of a drug overdose by administering the emergency treatment Narcan.

Poverty is pervasive in the neighborhoods around the Penn North library, and many people come in simply looking for heat or shelter. Bruce is leading a team of “peer navigators” in the library system trained to provide trauma-informed engagement and support to the public.

“It takes me back,” she says, remembering the moment the man collapsed. “I get emotional, because if the peer navigator program wasn’t here, if Narcan wasn’t here, I don’t know what would have happened to him.”

All navigators have personal experience with mental health challenges or substance abuse disorders and act as role models in the community.

After her mother died, Bruce experienced a mental health crisis that led to a substance abuse disorder. “I’m also a hairstylist … and people sit in my chair and get their hair done, and I hear so much trauma, but they don’t understand that they have been traumatized,” she says. “A lot of the time people say, ‘What did you do?’ instead of ‘What happened to you?’ When we begin to look at what happened to a person, we can address those issues better, and that person can understand and heal.”

Peer Navigators is the first city agency program that owes part of its origin story to Baltimore’s 2020 Elijah Cummings Healing City Act. The goal of the groundbreaking legislation is to help departments reckon with and change policies that have caused — and continue to cause — trauma, while charting a new path rooted in healing.

The act mandates that city employees receive training, to gain awareness and learn how to help those who have been harmed. At the same time, agency leaders must evaluate their practices and procedures to determine if they are causing trauma and how to change those that are to better serve Baltimore’s communities.

“There are people’s personal experiences … [like] exposure to violence or poverty, and then there’s deeper, policy-level trauma and the role that local government, specifically, has played in shaping a city that is deeply segregated and extremely violent,” says City Councilmember Zeke Cohen, who introduced the legislation. “Throughout our history, Baltimore has unfortunately been an innovator in ways of oppressing predominantly Black communities, and we are living that reality today.”

In the last century, the city has enforced residential segregation ordinances, perpetuated the use of “racial covenants” that prohibited homeowners in wealthy, white neighborhoods to sell to Black families, and disproportionately invested public dollars in higher-income neighborhoods. The Baltimore Police Department’s unconstitutional and often violent policing of Black communities resulted in a federal consent decree in 2016, and a 2021 report found that while Black residents make up 30 percent of Maryland’s population, 70 percent of incarcerated people in the state are Black. Those factors have contributed to concentrated, generational poverty in neighborhoods where healthy food options are non-existent and rates of gun violence are high. In fact, 2017 research found that residents in the city’s wealthy, primarily white northern neighborhoods live about 15 years longer than residents in the neighborhoods served by the Penn North library.

Clinicians have been using a trauma-informed perspective in mental and behavioral health since the late 1990s. But according to behavioral health clinician Amelia Roeschlein, only recently have institutions and organizations sought to root out and reduce harms embedded in policies and practices.

While there’s no research yet into the impact of a citywide policy like Baltimore’s Healing City Act, Roeschlein says evidence shows the approach can improve social environments, decrease violence, and reduce other negative encounters.

Several Baltimore schools have benefited from using restorative practices, a form of communication and conflict resolution related to trauma-informed care. In 2020, researchers at Johns Hopkins University found that over the course of one year, school climates improved, relationships between teachers and students were strengthened, and there was a 44 percent reduction in suspensions.

“It has been shown that [trauma-informed care] creates more of a community of hope and healing and recovery versus one of danger … and hopelessness,” Roeschlein says.

Indeed, Baltimore students put Cohen on the path to crafting the Healing City Act. After a 2019 shooting at Frederick Douglass High School, he began speaking to them, and community members, about how to reduce Baltimore youth’s exposure to violence. One message he says he heard loud and clear from students: “You spend too much time trying to police us.”

Employees of Baltimore’s public library system were the first to complete the training. Previously, they were tasked with immediately kicking out anyone who came into the library intoxicated. Not only did the library change that policy, officials decided that they would do more to make the library a safe space for those suffering from substance abuse disorders. With the help of the Maryland Peer Advisory Council, they started the peer navigator program and brought Bruce and others on to provide individuals with support, equipping them with resources including Narcan.

All employees completed the Healing City training protocol, which consists of seven two-hour sessions including “Historical and Structural Racism as Forms of Trauma” and “Mindfulness and Restorative Practices as Healing Strategies.” But Bruce and the other navigators enrolled in a much more in-depth Peer Recovery Specialist Certification program. In addition to 46 initial hours of training on advocacy, ethics, mentoring, wellness and recovery, it requires recertification every two years.

It will take years to roll out employee training across the city, but the Parks and Recreation department is up next. It’s also possible that trauma-informed policies could at some point be implemented by the Baltimore Police Department. The BPD has long been a state agency, but voters approved a ballot initiative in November to transfer control to the city. In any case, Cohen says the work is slow by design. “We are going really, really deep, and that is going to take as long as it takes,” he says.

Karen Webber has already seen first-hand as a public school teacher and then principal how similar change helped some Baltimore schools. As the director of education and youth development for the Open Society Institute, she was a key ally to Cohen as he envisioned what the Healing City Act could and should be. 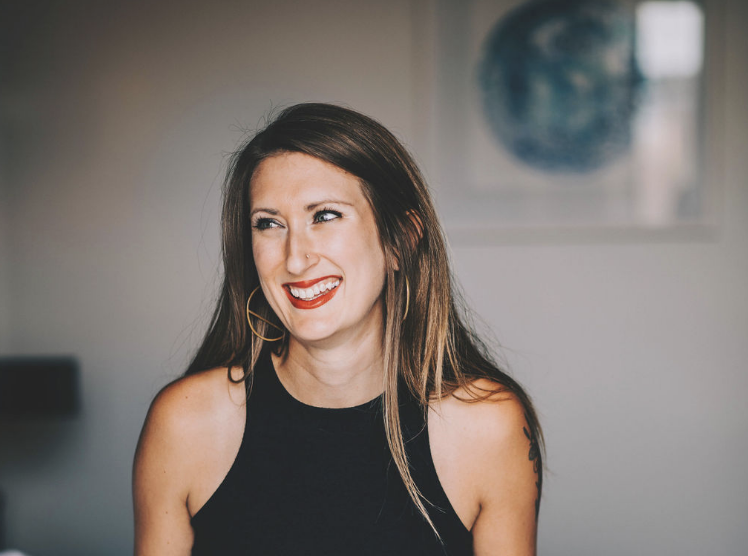 Lisa Elaine Held is a Baltimore-based journalist. She started her career reporting on health and wellness and since 2015 has primarily covered the food system with an eye toward environmental impact, racial and economic justice, and health. Her stories have appeared in many leading publications including The Guardian, The Washington Post, and Mother Jones. She is currently a senior staff reporter at Civil Eats.

Nimble, culturally nuanced and collaborative, this Māori-led response gets to the roots of family violence.

In emotional exchanges, community members and police open up to each other and find that their shared pain has similar roots.