“It took me about a week to really sink in that this money was for me,” Ray recounts. “You know, $7,500 bucks is a fair bit to be giving to someone in my situation.”

Ray was among 50 people experiencing homelessness in Vancouver, British Columbia selected in 2018 to receive a lump sum of cash deposited into their personal bank accounts — no strings attached. The gift (about USD$5,800) was part of a pilot project, the first of its kind, and the early results are so impressive that cities across Canada and the U.S. are looking to try it themselves.

For Ray, everything hit at once. After a 37-year-long career of heavy lifting in the warehouse and construction industries, his body was failing him. In 2017, he was laid off and had to chase his employer for owed wages. When he sought re-training, his high school English grade was two percentage points short of qualifying. And when he didn’t meet the bureaucratic hurdles of employment insurance, the government cut his payments. Suddenly, Ray couldn’t make rent.

As a survivor of what’s known as the ‘60s scoop, where an overwhelming number of Indigenous children were apprehended by the Canadian government and raised by non-Indigenous families, Ray was used to supporting himself. The loss of agency was a big blow. “My hands were kind of tied,” says Ray. “I just wanted to give up, I really did.”

Ray stayed strong, even managing to honor his 15-plus years of sobriety. From a local homeless shelter, he continued his fight to go back to school. But even taking jobs at $100 a day back in warehousing, he just couldn’t get ahead. Without a fridge to store food or money for a monthly bus pass, Ray was paying the poverty premium. “By the end of the day, half of that money was gone,” he says. It was impossible to save enough to get himself back into stable housing.

That’s when Ray was approached by members of the New Leaf Project, run by the charity Foundations for Social Change (FSC). Through a research partnership with the University of British Columbia led by Canada’s research chair in behavioral sustainability, Jiaying Zhao, the pilot was designed as a randomized control trial to measure the effects that a one-time lump-sum gift had on people’s lives over the course of a year. Participants were recruited from local shelters and screened to ensure they were recently homeless and functional in their daily lives to reduce the risk of potential harm that funds might bring if they drove people deeper into addiction. Every three months recipients completed questionnaires and interviews about their spending and experiences. That data was then compared with a control group.

Typically, charitable and government efforts to help people like Ray are conditional on certain behaviors, like getting medical or addictions treatment, filing monthly reports, or spending on particular services. And most often, it’s distributed in small, incremental amounts.

“We inherently do not trust people living in poverty,” says Claire Williams, co-founder of FSC. “If you think of something like income assistance, welfare, even employment insurance, we make the burden of proof so high for people to access those benefits because we fundamentally assume that people are trying to cheat the system.”

Through repeated interviews over the year, the FSC team sought to answer a poetically simple question. Would the lives of homeless people improve if we just gave them what they needed: cash?

Spending for the future

“I was kind of lost with it actually at first,” Ray recounts about the transfer. But rather than head out for a nice meal to celebrate, Ray only spent what he absolutely needed to reach his goal.

“I really wanted to get into this frontline work with addiction and vulnerable people, because I mean, I’ve been there,” says Ray. “I felt that I could turn that around and do the same for people that are in my shoes.”

Within a month, Ray found his own room at an S.R.O. — a single room occupancy hotel, which are run-down buildings often used as stepping-stone housing in Vancouver’s Downtown Eastside. With stable housing — “It’s not the greatest place, but at least it’s a roof over my head,” says Ray — he was able to make the three trips it took to get approved for an education loan, jumping bureaucratic hurdles he never would have been able to clear if he were taking day labor jobs and scrambling from shelter to shelter. “Having the money there, I wasn’t worried about getting money for the day,” he says. He could take the time to focus on his bigger goal. He got training in the kind of outreach work he dreamed of, and even found some temporary work with one of the local shelters. While he’s back working for a construction company, he says, “Having a community service worker certification under my belt opens up doors for me.”

Though the formal research has yet to be published, the early results are staggering. Half of the cash recipients moved into stable housing one month after they received the money, compared to 25 percent of the control group. “That was phenomenal,” says Zhao.

Almost 70 percent of them were food secure in one month. Like Ray, they spent most of the money on the essentials — food, shelter, bills. On average, the cash recipients spent a total of three fewer months in a shelter than those in the control group, whose days spent homeless increased. After one year, cash recipients reduced their spending on alcohol, drugs and cigarettes by an average of almost 40 percent, challenging “the widespread misperception that people in poverty will misuse cash funds,” the report stated. At the end of the year-long study, participants had an average of $1,000 still left in the bank.

For Zhao, a major takeaway is the potential cost savings of a program like this for the government. Because of the reduced nights spent in emergency shelters, each cash recipient saved the government roughly $8,000 over the course of the year. Less the cost of the cash transfer, each cash recipient produced a net savings of more than $600 — and were substantially further along the path of pulling themselves out of poverty, experiencing a much more balanced life than they might have in the shelter system. While the pilot project was funded by Foundations for Social Change, which is primarily supported by foundation grants, Zhao says this evidence points to an obvious policy solution.

“For someone who just became homeless, who does not have a severe level of substance use or mental health issues, then the government should distribute a one-time cash transfer to help them move out of homelessness quickly.” says Zhao. She adds that income assistance or equivalent monthly supports also evidently need to be raised. ”The current income assistance” — $760 per month in British Columbia — “is not sufficient to propel people to move out of homelessness,” she says.

One of the reasons the cash transfer proved so effective is practical. When you consider what rent costs in an expensive city like Vancouver, income from assistance or employment will barely cover a damage deposit, let alone first month’s rent. With a larger sum, a person can pay a deposit and rent for a few months, says Zhao. Since many of the participants were either working or on income assistance, monthly expenses were more manageable.

Receiving the cash is also empowering. “There’s a wide body of research that if you give someone a larger sum of cash it triggers long-term thinking,” says Williams. Or as Ray puts it, ”that energy of believing in myself again.” The effect is: “These people trusted me. Let me prove to them that I can be successful,” Ray says.

Ray, who’s still working to find a healthier place to live than the S.R.O., thinks the general public needs to be educated. “When people look at us as homeless they think immediately that it has to do with drugs and alcohol. It’s not. It’s all kinds of different avenues.”

FSC is currently fundraising to increase the number of cash recipients to 200 in its next phase and open it to any person experiencing homelessness that wants to get back on track, Williams says, no matter how long they’ve been homeless for. They also hope to connect people with services like affordable housing and education, and increase the amount of the transfer to CAD$8,500.

Williams and Zhao say they’re actively sharing resources to support U.S. nonprofits and government entities across the U.S. and Europe interested in piloting the approach. In San Francisco, the charity Miracle Messages is raising funds to launch a similar pilot. New Leaf has a proposal in to pilot the program in other Canadian cities with up to 400 cash recipients per city, and has received interest from cities across the U.S., including San Francisco, Los Angeles and New York, who are looking to learn from their experience. Eventually, after replicating the work in other jurisdictions, they hope they can determine the type of person this kind of intervention is best suited for. “Homelessness is not a one-size-fits-all problem,” says Williams.

“Basically it was a gift giving my life back,” Ray says. If other people living on the streets can access money for their goals, like education, he says, ”I’m sure that these people are going to make something of themselves.” 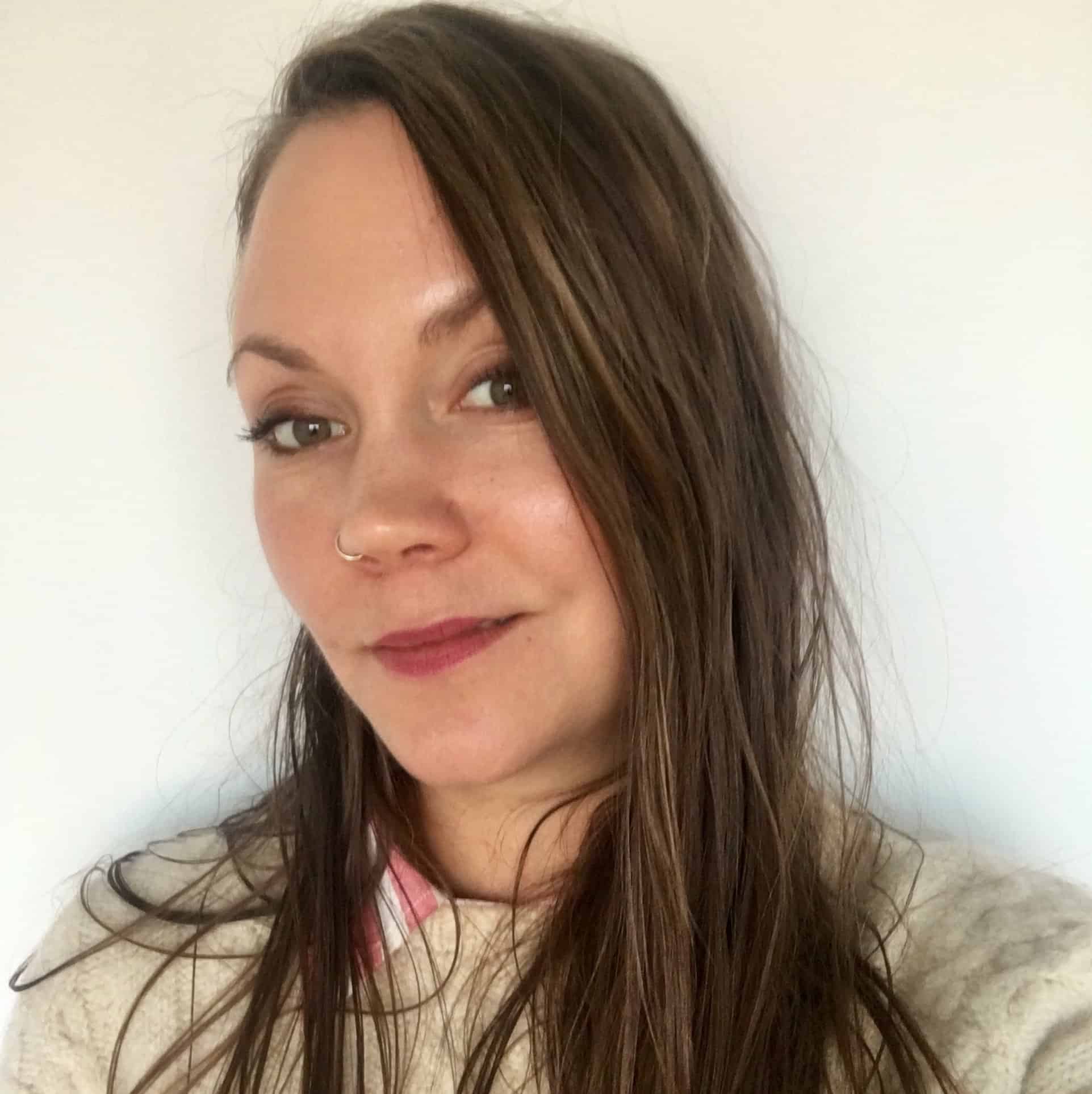