The Guarantee That Gets More Low-Income Students into College

When the University of Michigan made a minor change to how it talks about financial aid, enrollment among kids from low-income families surged.

This story about free tuition was written by Jill Barshay and produced by The Hechinger Report, a nonprofit, independent news organization focused on inequality and innovation in education. Sign up for the Hechinger newsletter.

Typically, we tell these prospective college students to fill out forms to see how much financial aid they can get. But families don’t learn about their final costs until after they apply, answer more than 100 questions about their family’s finances and furnish verifying documents. That appears to create a persistent obstacle. Researchers have consistently found that some high-achieving high school students — the ones with straight As and SAT scores above 1200 — don’t bother to apply to top colleges despite the likelihood of admission and a free ride.

A 2017 study by Harvard economist Raj Chetty found that many elite colleges, including the majority of the Ivy League, enroll more students from the top one percent than the bottom 60 percent. At the University of Michigan, the state’s prestigious flagship, it’s not as extreme, but nine percent of undergraduates came from families that made more than $630,000 compared with 16.5 percent of students from families that make under $65,000.

To address this, the university staged an experiment in 2019 involving 1,800 high school students. All of them qualified for free or reduced price lunch; that’s an annual income below $48,000 for a family of four. Their grades were As and their average SAT score was 1270, which put them in the top 15 percent of all test takers in the country. Half of them lived in rural areas and 80 percent were white. (Other programs were successfully recruiting high-achieving students in metro areas and the university was seeking to improve its reach in rural regions of the state.)

The university randomly mailed 1,200 of these students one of two invitations to apply. One offered them a full “HAIL” scholarship — an upfront guarantee of zero tuition if the student was admitted — without having to fill out any financial aid forms. The other half received a letter encouraging them to apply, explaining that they would qualify for free tuition if their families made below $65,000 and had less than $50,000 in assets. The remaining 600 students didn’t receive anything special in the mail, but were tracked as a comparison control group.

The clear winner was the upfront guarantee of zero tuition. Almost two thirds, or 63 percent of the 600 students who received this envelope, applied to the University of Michigan. About 200 of these students were admitted and 150 students, roughly a quarter of them, subsequently enrolled in 2020. Fewer than half of the students who got the second invitation, telling them they would probably qualify for free tuition, applied. And only 18 percent of these students enrolled — about the same enrollment rate as students in the control group who didn’t receive any encouraging letter in the mail. The upfront guarantee led to a nine percentage point improvement in the rate at which low-income students enrolled in the University of Michigan.

Susan Dynarski, an economist who helped design and conduct the experiment at the University of Michigan and is now a professor at Harvard University’s Graduate School of Education, said the study demonstrates the psychological power of “certainty.” People are more willing to try something when they know the final cost ahead of time.  No one wants to spend a lot of time filling out forms for an unknown result.

“This is not unusual behavior,” said Dynarski. “If an employer offered you a salary or stock options of the same expected value, which would you pick? Pretty much everyone values certainty a lot.”

The paper about this study, The Power of Certainty: Experimental Evidence on the Effective Design of Free Tuition Programs, conducted by a team of five researchers at the University of Michigan, hasn’t yet been published in a peer-reviewed journal and may still be revised. A draft was circulated by the National Bureau of Economic Research in March 2022.

As a response to lawmakers who think it’s too expensive to give free tuition to all, Dynarski advocates for free tuition for low-income students. She points out that they would likely receive this aid anyway after filling out financial aid forms.

Public universities could target low-income students by relying on other social programs, from free or reduced-price school lunch to food assistance and Medicaid, that have already verified a family’s income.

The downside to making financial aid forms optional, however, is that many of these social programs look at income only, not assets. In 2017 the University of Michigan made a pledge, which it dubbed “Go Blue,” to give free tuition to students whose families make under $65,000 and have less than $50,000 in assets. However, more than a third of families with annual incomes below $65,000 in Michigan have greater assets because of rising home prices. Some students, whose families own homes, would receive more financial aid under the upfront HAIL scholarship guarantee than they would otherwise.

Surprisingly, nearly all the students who received the upfront guarantee of free tuition still filled out federal financial aid forms, and they filled them out sooner than students who didn’t receive the free tuition guarantee. Dynarski suspects they were more motivated to see how much extra aid they could get, such as federal Pell grants, to offset additional room and board costs.

The University of Michigan first began experimenting with free tuition guarantees in 2015, creating a HAIL scholarship for high-achieving low-income high school seniors.  A 2021 study found that the scholarship offer was even more effective when it was first introduced and randomly offered to low income students in 2015 and 2016. It increased the rate of applications from low income students to 68 percent compared with control-group students, of which only 26 percent applied. Twenty seven percent of students who received the scholarship offer subsequently enrolled compared with 12 percent of low-income students who didn’t receive it. What’s changed between then and the 2019 experiment, according to Dynarski, is that low-income families are becoming more aware that there is a lot of financial aid available and that they won’t have to pay the full sticker price. As more students in the comparison control group apply, get in and enroll, the benefit of the upfront guarantee is less dramatic — a nine percentage point increase in enrollment instead of a 15 percentage point increase — but it is still large.

After the University of Michigan introduced the 2017 free tuition pledge for low-income families, some university administrators questioned whether the two programs were redundant and wondered if the HAIL scholarship should be eliminated. This study is evidence, however, that the upfront guarantee scholarship structure is more effective at increasing low-income enrollment.

Many elite institutions, from Harvard to Stanford, are becoming more vocal about offering free tuition to low-income students. But they’re structured more like the Go Blue program, telling low-income families that they’re likely to pay no tuition after filling out paperwork. This study suggests that these types of “free tuition” announcements may not do much to improve low-income enrollment. The details matter. 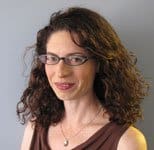 Jill Barshay writes the weekly “Proof Points” column about education research and data, covering a range of topics from early childhood to higher education. She taught algebra to ninth-graders for the 2013-14 school year. Previously, Barshay was the New York bureau chief for Marketplace, a national business show on public radio stations. She has also written for Congressional Quarterly, The Wall Street Journal, The New York Times and the Financial Times, and appeared on CNN and ABC News.

Can California’s Colleges Be Saved?

Soaring tuition and slipping graduation rates have challenged the UC system’s renown. Now, an attempt to restore its former glory is underway.

Does This Water Have Legal Rights?

Threatened by development, five bodies of water are suing the State of Florida, making the unprecedented argument that nature has legal rights, too.