For a Lesson in Pre-K Excellence, Look to Alabama

As the U.S. considers universal preschool, Alabama’s free pre-K stands out as a model for long-term, bipartisan success.

For the past 15 years, one of the nation’s brightest landscapes for prekindergarten has flourished in an unlikely place.

Alabama First Class Pre-K stands out in the South, where investment in preschool education has traditionally lagged. And though the pandemic has slowed down its plans a bit, the state has kept its commitment to invest enough money in the program to make it available to 70 percent of the state’s four-year-olds by 2025. Currently, its enrollment of close to 25,000 children in the 2021-22 school year represents 44 percent of the state’s eligible four-year-olds.

Alabama is one of only a handful of states to reach all 10 benchmarks by the National Institute for Early Education Research (NIEER) at Rutgers University — an organization that annually ranks state preschool programs — and it’s the only state to meet the standards 15 years in a row.

The state will need to add significant capacity to meets its target of 70 percent. But for experts, the program’s slow growth is one of the major reasons why the preschool program has been successful at producing long-term results while outcomes for other programs have been mixed.  The state was able to figure out what worked with a small number of preschool teachers and students before expanding, said Stephen Pruitt, president of the Southern Regional Education Board, an organization that studies and recommends education policy initiatives in the South.

A study released in 2020 by researchers with the University of Alabama said students who were enrolled in a First Class preschool program were significantly more likely to perform better than their peers on reading and math tests beyond elementary school.

Mississippi, which is leading the country in fourth grade reading progress, relied on slow but steady changes, Pruitt said. “That took well over a decade to get there, and I think Alabama has followed a similar playbook in saying, ‘We’re going to start small and make sure we understand the issues and how to do this with quality, and then have expansion that rolls in over time.’”

Alabama First Class Pre-K began as a pilot program in 2001 to fund public and private preschool classrooms with state grants, although back then, it was called Alabama Voluntary Pre-K. By 2005, there were 57 classrooms across Alabama and just under two percent of four-year-olds enrolled. The program received recognition from the National Institute for Early Education Research in 2006 when it met all 10 of the organization’s standards for preschool programs. Those benchmarks range from small class sizes to ensuring pre-K teachers have a bachelor’s degree.

“Pre-K has become, over the years, a bipartisan common-sense priority in Alabama,” said Allison Muhlendorf, president of the Alabama School Readiness Alliance. “It’s one of the few things we receive national praise for.”

The pandemic is the latest complication for a program that has experienced hitches before. For five years after the Great Recession, enrollment stalled with only six percent of the state’s four-year-olds attending First Class, even though Alabama ranked in the top 10 states for resources spent on preschool.

In 2013, the Alabama School Readiness Alliance created a 10-year plan to boost enrollment to more than 40,000 students — the amount of four-year-olds the state’s Department of Education says would enroll in a pre-K program if families had access — by 2022. To do this, the group recommended the state increase preschool spending each year until it reached $200 million to maintain the quality of the program.

These FCPK students at South Shelby Baptist Early Learning Center like to party like it’s Friday every day of the week! pic.twitter.com/9P1AywPFqi

When the pandemic started, Alabama approved a $4 million increase for the program — a significant drop from the $25 million the state’s governor had originally proposed. But funding rebounded in 2021, just like it did after the recession, when the state approved $24.4 million for the program. Barbara Cooper, secretary of Alabama’s Department of Early Childhood Education, credits the preschool program’s resiliency to bipartisan support. Funding for it has increased over the span of four governors — one Democratic and three Republican.

Alabama First Class is how LaKesha Petty was able to expand the small childcare center she owns in Birmingham in 2019. The grant allowed Petty to go from 10 to 18 preschoolers in Pamper Me Nursery, hire a class aide and purchase curriculum.

“It’s something that would be beneficial to all four-year-olds across the board — being able to access this type of quality learning,” Petty said.

Although there are states with much higher four-year-old enrollment, Steven Barnett, the co-director and founder of NIEER, said few have had the results Alabama has. In Florida, 72 percent of four-year-olds attended the state-funded preschool program in 2020, but the state spends less than half the amount Alabama does per student and only met two of NIEER’s benchmarks for success.

Alabama’s gradual growth has put them in a good position, Barnett said, even if it’s been stalled by the pandemic. 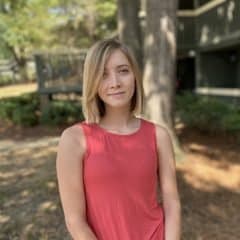 The High School That Follows Its Students to College

A school in Detroit deploys counselors to make sure its graduates are staying on the collegiate track. Unlock your phones, kids.