Three months ago, Mary-Jane Turnell moved into her new home, an airy suite built above a three-car garage in her daughter’s backyard in Edmonton, Alberta. Turnell had been eyeing this type of living space for years after learning about it from a magazine article.

“It just made sense to me,” Turnell says. Here was a way to downsize and reduce her environmental footprint, while being able to age in place near family, including her grandkids. Plus, she’d still have a yard with a garden to putter in, all located in a mature, walkable neighborhood. “In my circumstances, it’s provided me a chance to be freer. If I travel, I can easily leave my dog with my daughter. And if she travels, I can take care of the kids.”

Turnell is part of a quiet transformation taking place in Edmonton’s backyards and alleyways. As part of a bold plan to build in rather than out, the city has been loosening regulations and streamlining permitting for garden suites. Its goal is to squeeze more living space into the urban landscape by slipping these apartments — also known as granny flats, laneway housing and accessory dwelling units — into underutilized urban spaces.  While these small-scale living spaces, often located in the backyard of a detached house, are difficult to build in many North American cities, Edmonton is clearing a path for them.

“Edmonton is like the unassuming leader when it comes to garden suite bylaws and infill policy,” says Ashley Salvador, an urban planner and president of YEGarden Suites, an education and advocacy-based non-profit. Though the city is perhaps better known for its sprawling parking lots, Salvador says she’s seen a culture shift in Edmonton, which is developing a reputation as an unlikely pioneer of progressive urban concepts. “When we first started out [in 2017], no one knew what garden suites were,” she says. “We’d say the word and they’re like, ‘What do you mean? Is that like a shed or something? Are you gardening back there?’”

Now, though, the suites have become “pretty mainstream,” according to Salvador, with close to 400 across the city. Salvador has seen a recent uptick in interest due to the COVID-19 pandemic. “People are thinking about their families and loved ones and how to care for them into the future in a way that is resilient and can withstand these kinds of uncertain shocks,” Salvador says.

This commitment to densification is all the more impressive when you consider that Edmonton does have room to continue sprawling outwards, says Sean Bohle, a senior planner for the city. But there are many good reasons for pulling more people into existing neighborhoods regardless. Bohle points to a 2011 report showing that Edmonton’s mature neighborhoods — generally completed prior to 1970 — consistently lost population in the preceding 40 years. That means fewer people utilizing the schools, roads, parks, playgrounds and other infrastructure in those communities.

“There’s definitely a fiscal responsibility element to pursuing infill development, but it isn’t purely a fiscal question,” says Bohle. “There’s environmental benefits from containing your urban growth and not expanding outwards, and there’s also a bit of an urban vitality element to it as well. The more people we have in existing areas, these people support local shops and businesses. They’re out in public, they’re in the parks, they’re using the facilities that have already been built.” To that end, Edmonton’s new city plan, approved by city council in December 2020, sets an ambitious target: 50% of new housing units added through infill city wide.

Garden suites cultivate this density without fundamentally changing the character of neighborhoods, which can help circumvent the kind of NIMBY backlash that might be sparked by, say, a new high-rise apartment building.

Garden suites hold other advantages for homeowners, as well, giving them the opportunity to adapt their property for rental income, multi-generational living, or to downsize rather than move.

Recognizing these benefits, Edmonton has been cutting the red tape that often constrains this type of construction. “In the past five years or so, Edmonton has made a tremendous number of changes to try to adjust our zones and our other rules… to make it work for the builders of these types of units,” Bohle says.

Developers have taken note. “They’ve done a great job of easing the process,” says Daniel Engleman, co-founder of Honomobo, an Edmonton-based business that sells houses, including laneway models, made of shipping containers. Engleman built a 320-square-foot garden suite made of two shipping containers in his own Edmonton backyard in 2016. He rents it out, and he likes how unobtrusive it is, while adding to the vibrancy and security of the back lane.

About 50 percent of Honomobo’s business is now in California, says Engleman, where accessory dwelling units have been made simpler to build across the state. But Engleman says that while it costs about $2,500 for a garden suite permit in Edmonton, fees in California add up to $30,000 to $40,000.

In Edmonton, simplifying the process for building a garden suite has included expanding the size of suites allowed (up to 1,400 square feet, depending on lot size) and locations where they can be built. Garden suites were once limited to specific spots, such as corner lots, but zoning bylaw updates mean garden suites can now be built on almost every single-family residential lot in Edmonton.

Another major change saw garden suites move from a discretionary use to a permitted use, meaning if all rules of the zoning bylaw are met, a permit can’t be denied. Last summer, another barrier was removed when the city eliminated parking minimums, so garden suites no longer require a set number of parking stalls.

Perhaps the most whimsical change has been that, as more people move into alleyways, other residents are starting to see those spaces differently —  as places for more than just throwing their garbage and parking their cars. In recent years, businesses have started opening in at least one Edmonton back alley. A one-day pop-up art show and auction called the Secret Alley Gallery was held in 2016 in a narrow downtown laneway. And in 2019, a laneway block party was hosted in an alley with three garden suites, featuring food trucks, music, entertainment and garden suite tours. “It opened the door to people seeing [alleys] in a little bit of a different light,” says Salvador.

For the City of Edmonton, the increasing number of building permits being issued speaks to the garden suites’ success in densifying the city. City data for core, mature and established neighborhoods shows 65 garden suite building permits issued in 2019, up from just nine in 2013.

Bohle says that, while that number may seem small, “These things really take time to take effect.” Plus, for the people building such suites, the changes have been significant, he says. Some families have found a way to accommodate an adult child with disabilities, while aging residents have been able to downsize and stay in their communities, or help an adult child get into the housing market.

For Turnell, the Edmonton grandma who moved into her garden suite three months ago, those changes have made her golden years even better. “It’s nice that way, because it makes everybody’s life a little easier and I get to spend time with my grandkids,” she says. 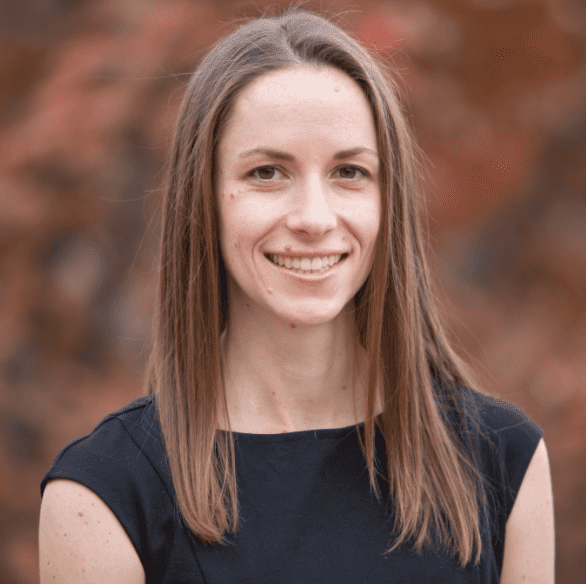 Cailynn Klingbeil is a journalist based in Calgary. Her stories have appeared in The New York Times, The Guardian, The Globe and Mail, the National Post, Canadian Business, Report on Business Magazine, CBC, Next City, Motherboard and numerous other publications.