School always came easy for me… until it didn’t.

Elementary school was a breeze, and middle school blew by without a hitch. High school began simply enough, and I eventually tested my way into a prestigious high school for science and math students. And then, due to a combination of immaturity and poor study habits, the academic hurdles were suddenly too high for me to clear. I limped my way to the finish line, gathering grades and test scores along the way that were just high enough to ensure admission to a few good schools.

But one thing was clear: I was no Harvard talent. Kids like me didn’t get into Harvard University, and we surely couldn’t make it there.

I look back on those days of adolescence, filled with insecurity and doubt, with some fondness—especially now as a framed Harvard diploma hangs in my office.

My path to becoming an alum of America’s premier university was only possible because of the Harvard Extension School, one of higher education’s best kept secrets. The Extension School is Harvard’s continuing education institution that has instructed nontraditional and part-time learners for nearly two centuries. It provides access to Harvard’s professors, scholarship, and door-opening credentials for students whose academic records may not have been competitive enough to gain admission when they were teenagers, but who have the intellect and discipline to endure the rigors of a Harvard education. Students like me.

I was raised in the Piedmont plains of Raleigh, North Carolina, in a middle-class community filled with bike-riding kids, deep green manicured lawns, and quality public schools. My parents were first generation college graduates and relentlessly reminded me of the importance of a good education. A college degree is what launched them from their small, segregated farming lives in rural Georgia and South Carolina to professional careers. They were evangelists of the education gospel—that pervasive belief that schooling is the key to happiness and the American Dream.

But the path to Harvard requires more than gospel; it requires capital. The Harvard track is lined with students who are the children of alum—legacies are five times more likely to be admitted. A third of the university’s students comes from families making over $250,000, which can be quite handy in paying for tutors, private lessons, and the range of extracurricular activities that make applicants more competitive. For all my parents hard work, this was not within their means. And my falling grades in high school made it clear to me that Harvard wasn’t in the cards.

So off I went to a great historically black university and then to military training to become an officer in the U.S. Navy. After about a decade of service and numerous deployments, I landed at a Navy base in Newport, Rhode Island, and began searching for a graduate degree program to remain professionally competitive. It needed to be one I could pursue while working full-time, within the costs of the military’s tuition assistance programs, and offer a mix of in-person and online classes. To my surprise, such a program existed a short train ride away at Harvard.

The Extension School traces its origins to a series of lectures beginning in 1839 that were available free to the Boston public and eventually turned into course offerings in partnership with the university. It was deemed a new milestone in education with the goal of providing a world-class education to those who had the ability and desire to attend college, but had other obligations that kept them from doing so. Since its formal establishment as a Harvard University institution in 1910, the Extension School has educated more than half a million students and is one of Harvard’s 12 degree-granting institutions. It offers more than 900 courses, over 20 undergraduate and graduate degrees, and upwards of 40 graduate certificate programs.

But what really sets the Extension School apart is its open enrollment policy. Anyone can take classes no matter their previous academic record. Courses are offered at a fraction of the cost of other Harvard institutions to ensure affordability and accessibility to a more diverse population. And because courses are offered online and in-person, class schedules adapt to working students’ hectic lives.

So when I learned of the Extension School in my mid-thirties while serving in the military, the choice was crystal clear: I wanted a degree from Harvard.

It would be nice if I could say with a straight face that I chose Harvard because of its incredible reputation, exceptional faculty, and extensive alumni network. But I can’t. I attended Harvard because, quite frankly, I wanted to see if I could make it. I was curious to know if I had what it took to excel there.  What began as a personal challenge to test the bounds of my intellect and keep me professionally competitive became a life-changing experience that has helped define my identity and purpose.

At the Extension School, my classes consisted of a range of subjects, from ancient Chinese culture to the effects of climate change to genocide. My classmates, who worked in a variety of places such as nonprofit organizations, information technology companies, high schools, and hospitals, brought points of view on historical and contemporary issues that were just as educational as the material in the syllabus. And I undertook my thesis research with a world-renowned history professor. By the time graduation preparation began, I was a different person.

But it wasn’t a particular class or professor that opened my eyes. It was the cumulative experience. There was something about being a Harvard graduate that removed the artificial barriers I’d set around myself, limiting my prospects. I thirsted for new opportunities and didn’t fear new challenges.

Though anyone can become a Harvard student, not just anyone can graduate from there. Admission to the Extension School requires passing three courses and submitting essays and recommendation letters. Of all the students who have taken courses there, less than half a percent end up with a degree. While the road to the Extension School is easy, the pathway out of it is not. A world-class education requires world-class commitment. And for the students who are formally accepted, the average graduation rate is 85 percent.

It is hard to measure the value of the Extension School since most students only take a few courses for personal edification or for professional gain. But enrollment is over 14,000 and more than 800 degrees are now awarded annually – that’s a pretty good sign. Within a year of graduation, 60 percent of Harvard Extension alumni receive a new job or promotion.

It is certainly true that my degree from the Harvard Extension School led to a military promotion, selection to the prestigious White House Fellows program, admission to a doctoral program, and filled me with the confidence to reinvent myself mid-career and secure a book deal discussing multiracial solidarity and building a stronger America.

School always came easy for me… until it didn’t. But the Extension School helped prove to myself that I had what it takes to succeed on my own terms and along my own path.

This story is part of a collection called Education against the Odds: Stories of teaching and learning in difficult circumstances. Read more here. 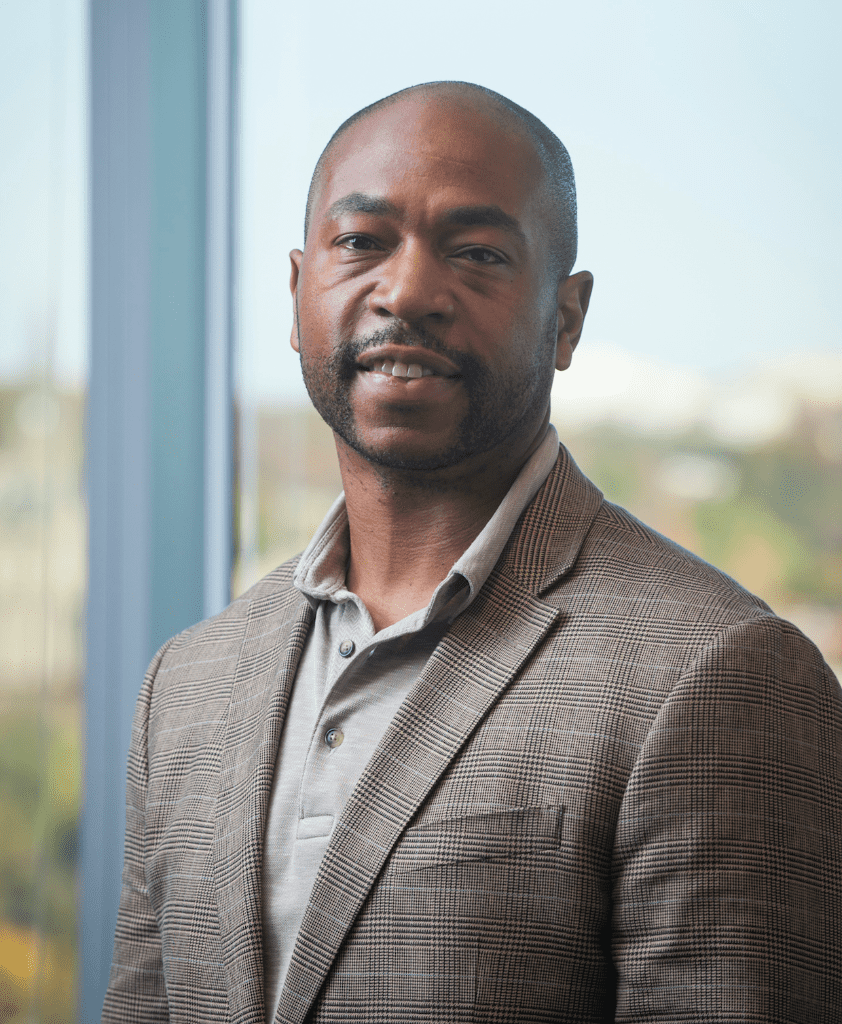 Theodore R. Johnson is a senior fellow at the Brennan Center for Justice at the NYU School of Law.

“The Best Worst Mistake You Ever Made”

Before they became places to warehouse so-called problem kids, alternative learning centers were designed to help at-risk students succeed. Some are rediscovering that mission.