Domestic Workers in Lebanon Are Making a Dramatic Escape

Former domestic workers are helping their peers flee abusive employers and get back home.

“I am alive today because Egna Legna Besidet exists,” says Degche Dametw, flashing a smile while she wipes her tears away. A 23-year-old domestic worker in Lebanon, Dametw is referring to the organization led by Ethiopian women that is helping her flee the country, just as it has helped hundreds of others before her do the same. Egna Legna Besidet provides Dametw with accommodation, food and clothing, and is in the process of returning her to her mother in Ethiopia.

Dametw is one of thousands of domestic workers who have been tricked into migrating to Lebanon. Often, they are lured there by private agencies with false promises of continuing on to work in Europe or Dubai. They make the leap because of unemployment in their home countries — before coming to Lebanon, 60 percent of migrant domestic workers were unemployed, according to the International Labor Organization (ILO). But once there, they are immediately marginalized by a sponsorship system known as kafala, which allows them to stay in Lebanese territory only on the condition that they have an employer to sponsor their visa.

This system renders domestic workers vulnerable to repeated abuses. Dametw, for instance, who was 21 when she arrived in Lebanon, discovered that she would receive $150 per month as a live-in maid, not the $250 she was promised. Her employer then accused her of breaking something in the house and threatened her with legal action if she did not pay compensation. Unable to pay, Dametw fled the house only two weeks into her contract. In doing so, she lost her legal right to remain in Lebanon.

For Dametw, running away from her first employer’s house marked the start of a precarious life. For more than a year, she moved between underpaid, sometimes abusive jobs, and unemployment, going hungry and spending nights on the streets.

Migrant workers are excluded from the Lebanese labor law. They can’t find a new job without their current employer’s consent, and “face highly exploitative working conditions, akin to modern-day slavery,” according to the ILO. In Lebanon, it is believed that 250,000 people are living and working under kafala, with women accounting for 76 percent of them. Ethiopian women make up nearly half of these women.

False accusations of theft are common within the Lebanese kafala system, as is withholding of wages and physical abuse. News of Ethiopian women found dead or disappeared are regular in Lebanon.

Dametw could have been one of those victims if not for Egna Legna Besidet’s support. “I found out about it through Facebook and reached out to the founder, Banchee Yimer,” she says. “We chatted from time to time, until one day, I was homeless after having worked for 600,000LL (USD$27) a month and I couldn’t afford food anymore. I told her I cannot live anymore.”

Egna Legna Besidet provided Dametw with immediate support. From Canada, where she currently lives, Yimer sent someone to connect with Dametw in Beirut. The organization has since provided her with food, shelter and training.

In four years, this organization, led by women who have been domestic workers themselves, has helped 15,000 women like Dametw survive in Lebanon or escape the country altogether. Covid-19 threw the group’s relevance into relief. Some Lebanese families fired their maids, sometimes owing them back pay or refusing to finance their return ticket. As a result, many Ethiopian workers were stranded in Lebanon, homeless, for months on end.

Relying on a pre-existing network

Yimer refers to herself as “a victim of the kafala system,” having worked in Lebanon without payment for six months and sleeping on balconies. She made the most of her seven-year stay there, building an organization that would give Ethiopian women “a voice.”

“The church and the embassy here are all headed by men,” she says, “and I wanted to create a feminist organization to fight for our community.”

Yimer and her fellow founding members built Egna Legna Besidet by leveraging a pre-existing community that is larger than just the Ethiopian domestic workers. The Alliance of Domestic Workers in Lebanon, a group of women that advocates for migrant workers’ rights, and the Migrant Community Center (MCC), a safe space where migrants can meet and organize, trained her in English language and fundraising.

While these two organizations “deliver good information,” they encompass all nationalities and thus don’t address the specific challenges that the Ethiopian community faces, according to Yimer.

“The moment I arrived at the MCC, I realized that most of us can’t even talk about our body parts as we are raised in a very strict religious culture,” she says. Four years later, Egna Legna Besidet tackles this issue with workshops about family planning and sexual harassment.

“Rape is rape,” reads a poster on the wall of the organization’s headquarters. In the adjacent room, deputy director Tsigereda Brihanu, who has “Hopeless Romantic” tattooed on her forearm, coordinates with lawyers and the Lebanese government to secure exit visas for the women who wish to be repatriated to Ethiopia. She also corresponds with maids detained in Lebanese jails to help get them out.

Brihanu scrolls through a WhatsApp conversation. Dametw’s name appears on the screen. Egna Legna Besidet has settled the $454 fine that she got for illegally staying in Lebanon.

“We are now awaiting the permission from the general security, the administration in charge of migrant workers, to grant her permission to exit the country,” she says. “It could happen tomorrow or in a month.”

Brihanu battles on a daily basis with a dysfunctional state and an opaque administration, which makes the repatriation process lengthy and tedious. An informal contact inside the administration helps her secure exit visas. In four years, 600 women have been flown back to Addis Ababa, where a team helps the most vulnerable settle back in, offering shelter and psychological support.

These days, between five and ten women are going back each month, a figure that has been shrinking since the peak of the first wave of Covid-19, when up to 55 women were sent back monthly.

Growing against the odds

Sanitary pads, rice and lentils are stacked against the walls where Aya, who asks that only her first name be used, comes to English classes on Saturday afternoons. The unemployed domestic worker, who wishes to be able to help her child with her English homework, is also benefiting from food distribution. “I can’t even buy milk or eggs for my child,” she says. Food prices have tripled over roughly the past year.

The economic crisis has battered Egna Legna Besidet itself. The organization ran out of funding last July, and increasingly turns to foreign NGOs to fund its activities. “Now we are just doing our best given the circumstances, but before all this mess, we used to demonstrate and lobby to abolish kafala,” Brihanu reminisces.

Signs of progress appeared in September 2020, when legislation granted new rights to migrant workers, “a crucial first step in dismantling the kafala system in Lebanon” according to the ILO. But like so many other laws and reforms in Lebanon, it has yet to be implemented.

Nevertheless, Egna Legna Besidet is currently expanding to support other migrant domestic worker communities, from the basement floor of a hotel located on the outskirts of Beirut. On a Sunday morning, 20 women from the Philippines, Kenya, Sri Lanka and Cameroon attend a workshop to learn how to write donor proposals, a highly sought-after skill in Lebanon’s increasingly NGO-supported society.

“We have organized an online fundraising, but it is not enough as we need to cover unpaid rents,” explains Sophie Ndongo, secretary general of Together Forever, an association for Cameroonian domestic workers. “I admire Egna Legna’s work — they respond to the needs of their community.” Ndongo, who was told when she migrated that she would work in a bank in Greece, says she almost lost her life to kafala-enabled abuse.

Now her dream is “to turn Together Forever into a real NGO.” She wishes her organization “could be as strong as Egna Legna is.” 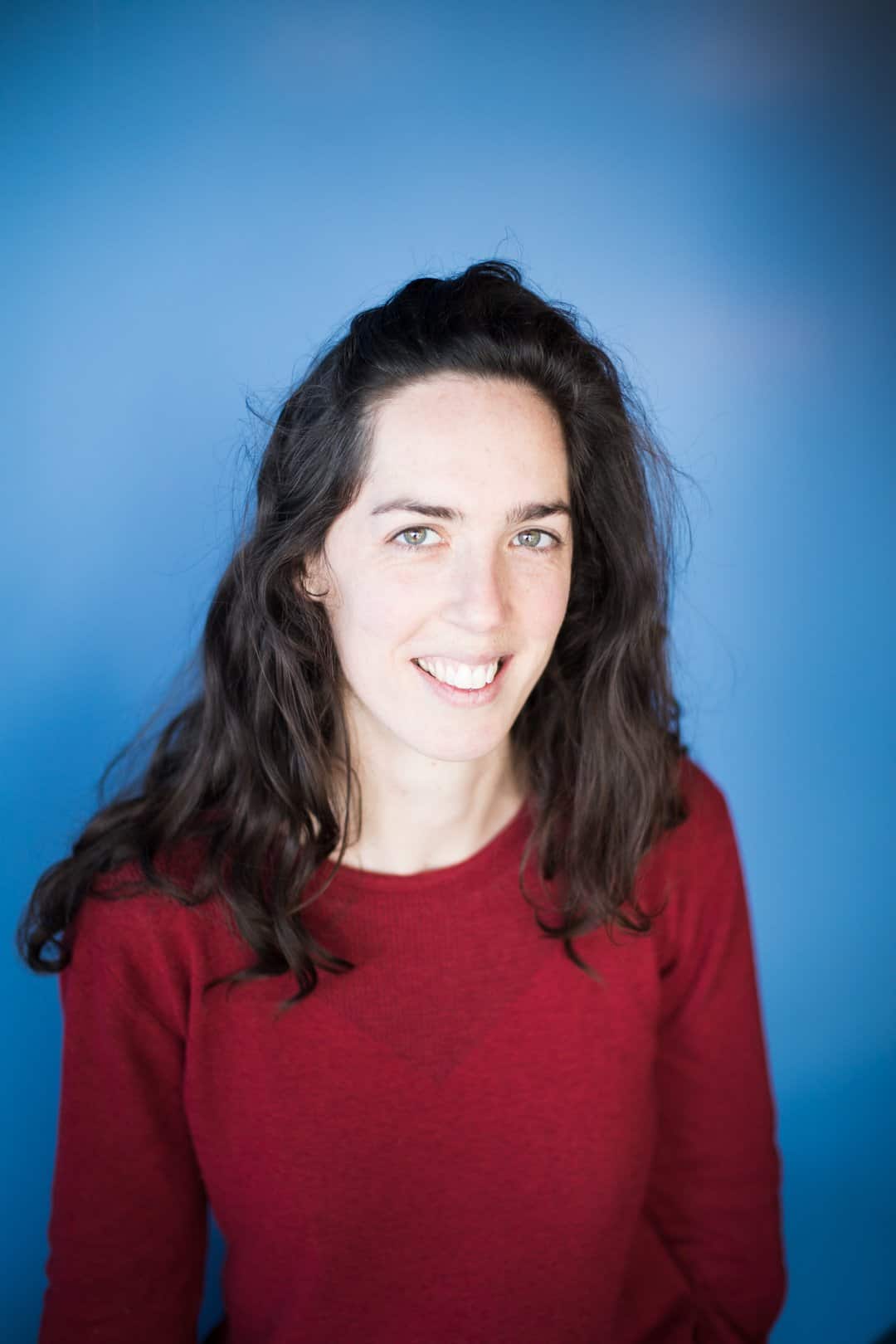 Laure Delacloche is a journalist focusing on social issues in Lebanon, where she is semi-permanently based. When in France, she writes about the politics of disability. She is part of Solvo, a solutions-driven collective of French journalists.

Beirut Is Greening the Aftermath of Disaster

One year ago an explosion decimated Beirut. Today, the city is picking up the pieces — and using them to rebuild.