California’s program to lower carbon emissions has a surprising side benefit: preventing displacement.

This podcast was produced by Next City.

California’s cap-and-trade program collected more than $2 billion from polluters in 2021 alone, and cities are using that money for a range of programs, including one in Oakland that sends counselors to help people stay in their homes.

The Oakland initiative — Better Neighborhoods, Same Neighbors — targets a five-square mile neighborhood for $28 million in improvements, including a 1.2-mile-long community trail, expanded bike-share, 2,000 trees and the creation of one of the largest urban aquaponics farms in the country. In this episode of the podcast, Next City Executive Director Lucas Grindley talks with Housing Correspondent Roshan Abraham about his story on the team of housing counselors dispatched to ensure that those improvements don’t lead to the displacement of East Oakland residents.

We also meet one of the counselors, Bee Coleman with East Bay Permanent Real Estate Cooperative. One resident told Coleman that she felt her prayers had been answered by the housing counselors and “you were sent by God.“

“That was her takeaway after having been alone, literally, in the fight for years and feeling like she did not have support,” said Coleman.

Listen to this episode below or subscribe to Next City’s podcast on Apple and Spotify. 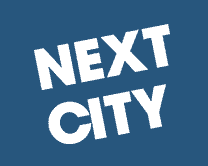 Next City’s journalism centers marginalized voices while amplifying solutions to the problems that oppress people in cities.