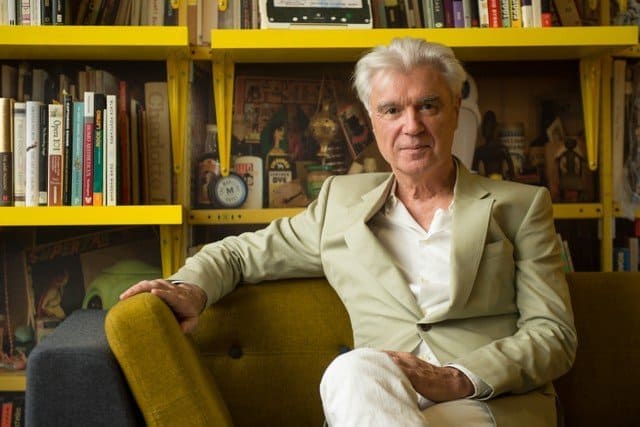 Talking Heads frontman and noted solo artist David Byrne has announced a new editorial venture called Reasons to be Cheerful. The online magazine, which follows an eclectic collection of recent solo ventures including the Broadway adaptation his 2018 album American Utopia, is dedicated to covering solutions found to the many problems facing our tumultuous world.

“It often seems as if the world is going straight to Hell. I wake up in the morning, I look at the paper, and I say to myself, ‘Oh no!’ Often I’m depressed for half the day,” he shared in a press release. “As a kind of remedy, and possibly as a kind of therapy, I started collecting good news.”

His statement goes on to describe the origins of the publication, which grew out of his efforts to share this good news with his friends. “Their responses were encouraging, so I created a website called Reasons to be Cheerful and started writing,” Byrne says.

Reasons to be Cheerful promises to be an ongoing editorial project that will grow and evolve over time. “We hope to balance out some of the amplified negativity and show that things might not be as bad as we think,” his statement continues.

The venture finds Byrne teaming up with co-editors Christine McLaren and Will Doig, who bring experience from Monocle, Metropolis, the Globe and Mail, The Guardian, and NPR. “Through stories of hope, rooted in evidence, Reasons to be Cheerful aims to inspire us all to be curious about how the world can be better, and ask ourselves how we can be part of that change,” the publication’s about page reads.

Watch Byrne describe the project in a new video below, check out the full site at reasonstobecheerful.world, and revisit our 1985 cover story on Byrne and the Talking Heads.