The Netherlands Is Building an Ark for Its Bees

Insect hotels. Rooftop gardens. “Honey highways.” With its National Pollinator Strategy, one country is showing the world how to save pollinators.

Summer is here, and some public outdoor spaces in the Dutch city of Utrecht are a riot of colors: wildflowers in myriad hues of orange, red, yellow and purple pop in the sun. More than mere beautification projects, these wildflower patches are among an array of Dutch initiatives to help insect pollinators — part of an ambitious national strategy to support honey bees, wild bees, hoverflies, beetles, butterflies and other species.

The Netherlands is one of only a handful of countries that has a comprehensive strategy aimed directly at stemming the decline in pollinators. Launched in 2018, the National Pollinator Strategy encompasses a range of ongoing efforts and carries clear and measurable benchmarks for success. Already, it is providing a roadmap for other countries looking to conserve their pollinators.

The Netherlands’ awareness of the importance of pollinators began growing over the past decade following dramatic declines in bee populations that began in the mid 1940s. As wilderness and countryside became farmland and towns, and pesticides grew in use, more than half of the country’s nearly 360 bee species have become endangered. “There are too many pressures on the Dutch landscape,” says Marten Schoonman of the Naturalis Biodiversity Center in Leiden.

Acknowledging the critical role played by pollinators in agriculture, the Netherlands — the world’s second largest exporter of agricultural products — began conservation measures over a decade ago. In 2013, the government launched the Bee Health Action Program, an initiative focused on honey bees. In 2016, along with 13 other countries, the Netherlands became one of the founding members of Promote Pollinators, a coalition of countries (now numbering 30) sharing knowledge about protecting and conserving pollinators.

But it was the country’s National Pollinator Strategy that set it apart from its peers. Launched in 2018 with some 70 initiatives, from creating more nesting sites to improving pollinators’ access to food, the Strategy set out to make the Netherlands a haven for pollinating insects. “We have destroyed a lot [of biodiversity] in the past,” says Nicky Kruizinga, the Strategy’s project leader. “We have a lot of catching up to do.”

The National Pollinator Strategy currently consists of 120 initiatives, underway both in urban centers and agricultural regions. These programs are created and executed at the stakeholder-level, be it a nonprofit, a collective, or a city or province.  They follow the general guidelines necessary to create food and nesting opportunities for insect pollinators.

“There’s a lot of energy going into the Strategy, which is a big change from 10 years ago,” says David Kleijn, a professor of plant ecology and nature conservation at Wageningen University who was involved in formulating the Strategy’s objectives. “It has drawn attention to pollinators, it has gotten people to think about their decline, and motivated them to do something about it. Today, there are over a hundred initiatives. In that sense, it’s a big success.”

The broad aim of the Strategy is “to arrive at a number of bee species showing a stable or positive population trend by 2023 and 2030.” This objective has been further broken down into measurable targets for those years. The 2023 goal is to reduce the number of species showing a downward trend by 30 percent and increase the number of species with an upward trend by 30 percent, as compared to a 2012 baseline. In 2030, the broad goal remains the same as 2023, but the target increases to 50 percent as compared to the 2012 baseline.

According to Kleijn, who was involved in formulating the objectives of the Strategy, “One of the most frustrating things in policy evaluation is that you can’t find clear objectives of what the policy aims to achieve. In this case, the objectives are measurable, so scientists can evaluate if the goals are reached.”

The Strategy’s nearly 90 signatories include seven of the Netherlands’ 12 provinces, as well as municipalities that have adopted a variety of measures: wildflower patches, insect hotels and green roofs, along with bans on the use of pesticides in public green spaces.

Other signatories are very local, like De Fruitmotor, a cooperative that makes cider from “ugly” apples that won’t sell because of blemishes or deformities. The cooperative’s earnings are invested in planting pollen- and nectar-producing plants to create a pollinator-friendly area around the Betuwe River. “These plants flower at different times of the year, from early spring to late autumn, thus ensuring a steady supply of food for bees and other insects,” says De Fruitmotor co-founder Henri Holster.

The Strategy even includes efforts propelled by private individuals, such as the Honey Highway, an entrepreneurial venture by bee enthusiast Deborah Postma that partners with municipalities to plant wildflowers along highways, railways, and waterways, turning stretches devoid of biodiversity into pollinator-rich zones.

“All stakeholders are working towards the same goal: more food and shelter for insect pollinators,” says Kruizinga, who monitors the Strategy. In 2018 and 2019, the Pollinator Strategy team organized a large meeting where stakeholders could meet and learn from each other. “What is really working well is that our partners have started to cooperate at different levels and there is a lot of knowledge sharing.” (Due to the pandemic, their annual meeting was not held in 2020 and 2021.)

The Dutch Pollinator Strategy aims to enroll as many signatories and pollinator-friendly initiatives as possible. Naturalis, where Schoonman works, is a knowledge partner of the Strategy and is involved with its roll-out. “Making people aware of the diversity and richness of pollinator species plays a key role in their conservation. That’s why the bee count is so important,” Schoonman says, referring to the annual bee count organized by Naturalis with the help of the public.

This year was the fifth edition of the Netherlands’ annual bee count. Nearly 4,000 volunteers from across the country spent 30 minutes in their gardens counting bees on a designated weekend in April. The honey bee topped the count once again. The horned mason bee continued to be one of the most common wild bees in gardens, a species that was quite rare across the Netherlands a decade ago. While the bee count is not an exhaustive activity, it helps keep a track on pollinator population trends.

The National Pollinator Strategy has its limitations. For instance, managing issues like pesticide use and industrial pollution are beyond its scope. “How are we going to get farmers to reduce or eliminate the use of pesticides so that pollinators are not affected?” Kruizinga asks. Changing mindsets and behavior takes time, especially when commercial interests are involved. “Farmers are used to doing things in a certain way that makes sense economically or time management-wise,” says Kleijn, adding that providing subsidies can steer farmers towards difficult but essential measures. “But then a sizable budget needs to be arranged,” he says.

Meanwhile, the EU is moving forward in tackling pesticides. In 2013, it banned the use of three neonicotinoid pesticides — known to be extremely harmful to insect pollinators — on flowering crops. In 2018, this ban was extended to all crops. And in June, the European Commission adopted proposals to reduce pesticide use EU-wide by 50 percent before 2030. But there is still a lot of work to be done to reach those targets.

Another inherent limitation of the Strategy is that it relies mainly on the stakeholders to create pollinator friendly landscapes. “One could question whether that is enough to really make a difference,” says Kleijn.

Kruizinga, however, remains optimistic about the impact of the Pollinator Strategy. “There’s definitely a shift towards pollinator-friendly landscapes and nature-inclusive farming,” she says. 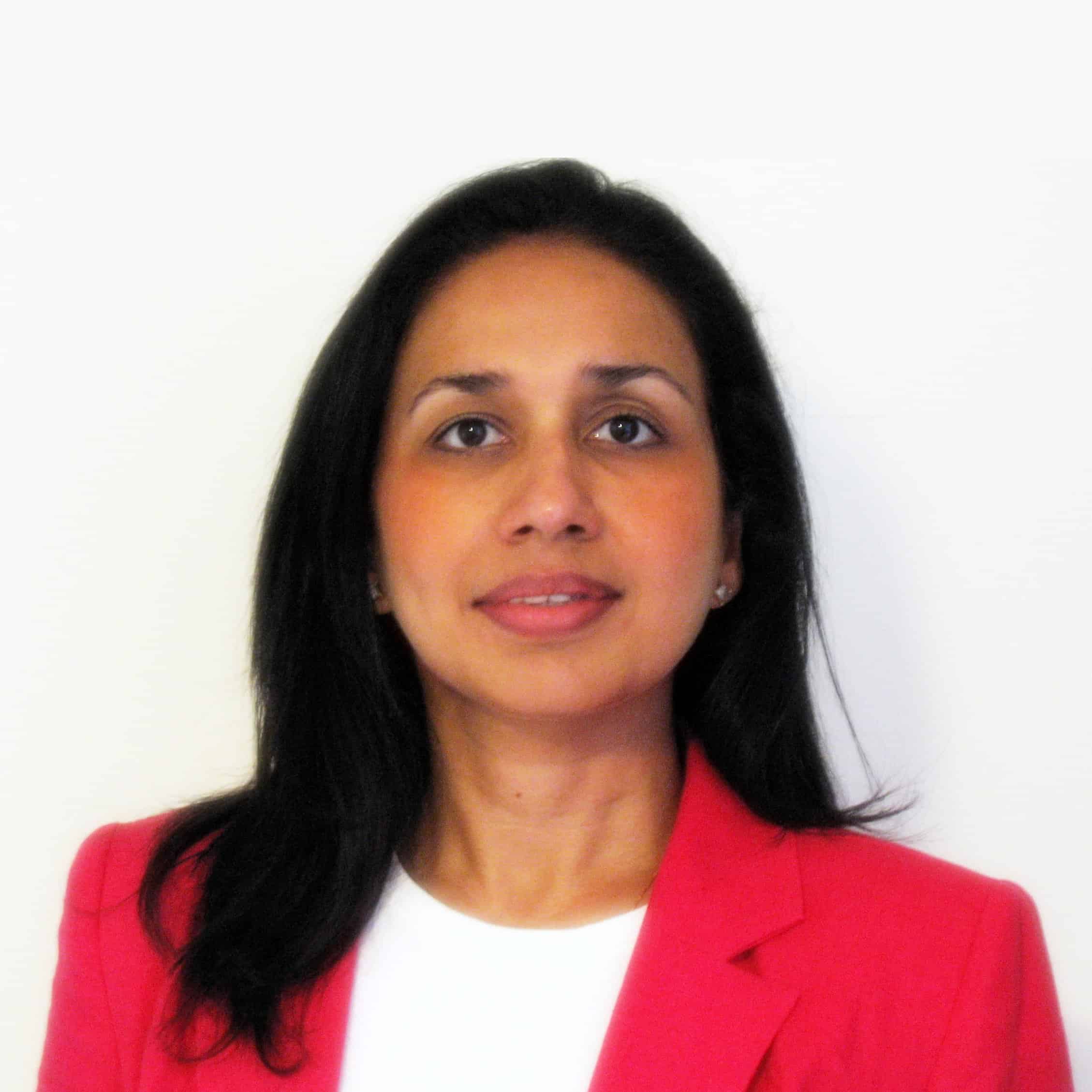 Seeing the Forest for the Bees

In this week’s briefing: Reviving a woodland refuge for honeybees and partnering with poachers to bring back buffalo to a national park.

California Says Insects Can Be Protected as Endangered Species

The decision opens the door to protecting bees at a critical moment.

Private landowners are part of a statewide push to save the trees that make it rain.